Israeli Prime Minister Benjamin Netanyahu must decide to build a new coalition from either the center or the right, with political consequences for either, writes Nadav Perry. 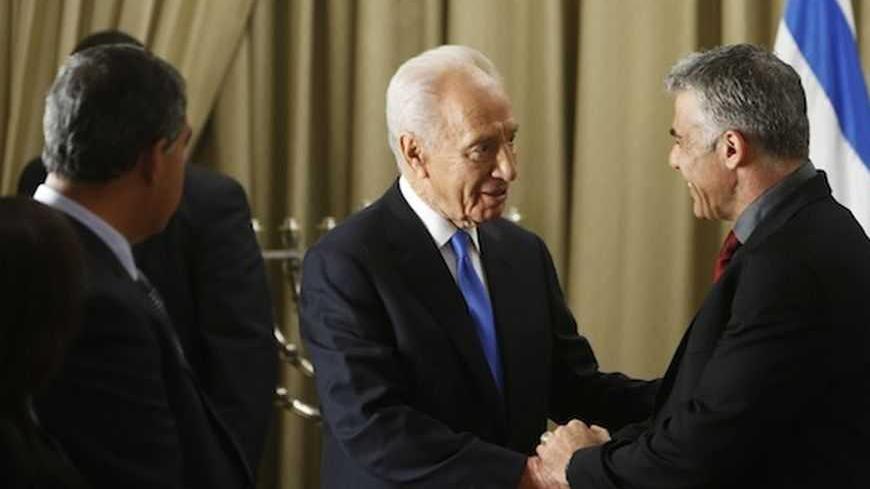 Almost all political analysis and commentary dealing with Israeli Prime Minister Benjamin Netanyahu ask the same question: “Is he finally ready to cross the Rubicon?” In other words, has he finally reached the stage in his political evolution when he'll abandon personal survival and immediate benefit in favor of advancing greater goals?

History has taught us that the answer to this question is a resounding no. It is difficult to recall sweeping changes or reality-changing moves that Netanyahu promoted in his seven years as prime minister (three years in the 1990s and another four in the term of office he just completed). After watching how Netanyahu functions as prime minister over a long term, the impression is of a man who is not ready for or interested in leading revolutions. It is doubtful whether the son of the renowned historian — Benzion Netanyahu, who passed away last year — will ever be mentioned in the history books as a history-changing leader. Netanyahu is not Julius Caesar; he is not the type who crosses the Rubicon. Each time he could have crossed it, he instead preferred to make an elegant U-turn.

It is not as if he can't — he just doesn't want to. As finance minister in former Prime Minister Ariel Sharon’s government, Netanyahu didn't hesitate to lead revolutionary processes and wrestle with entire sectors in the public. Sharon gave him his full backing, and Netanyahu slashed child allowances, opened the ports to competition, wrested pension funds away from the banks and extracted the economy from a deep recession. He also paid a steep political price for that term of office in the treasury. Since then he has preferred, as much as possible, to take no chances and to avoid at all costs any shocks that could undermine his position.

Several times in his previous tenure, Netanyahu reached junctions when he had to decide between a dramatic move or maintaining the status quo. In each case, he chose the tried-and-true over risk-taking. That is what happened in his choice between freezing construction in the settlements and promoting the political process, or preserving his coalition. The exact same pattern emerged half a year ago when he preferred the tried-and-true alliance with the ultra-Orthodox over partnership with the centrist Kadima and real reform in the burden-equality issue.

Now he must form his third government while Yesh Atid Chairman Yair Lapid, the newest star, seeks to dictate his own rules. Unlike earlier attempts to assemble coalitions, this time Netanyahu may be forced into the kind of decisions he likes to avoid. Preliminary signs show that if Netanyahu wants to sign a pact with Lapid, he will be forced to emerge from his paralysis and go against his regular instincts. Lapid presents Netanyahu with a challenge he has never faced in the past. It seems that Lapid has several iron-clad principles on which he is not willing to compromise — even at the price of sitting in the opposition.

What are these principles? Lapid demands a real revolution in the issue of drafting yeshiva (rabbinical college) students, and a real revolution in the regime system in Israel. The ultra-Orthodox parties cannot live with these two demands. What did previous politicians facing similar situations do? They would appeal to the “king-for-a-day” (once it was President Shimon Peres, once Defense Minister Ehud Barak and often Labor Knesset Member Binyamin Ben Eliezer Fouad), shower him with government positions and honorifics, wrap it all up in sweet talk and promises for a better future — and presto, a coalition would form. Lapid is evidently a harder client to please, and Netanyahu is not likely to buy him with empty promises. It turns out that there are circles that simply can’t be squared, and this time the prime minister may be compelled to face such a circle.

Meanwhile, it seems that Netanyahu is not only undecided about where he is headed, but also oblivious to the very need for making such a decision at such an early stage. His public announcements about a wide coalition, and his refusal to forsake his pact with the ultra-Orthodox parties, testify to the fact that he is still imprisoned in the thought-process of old politics. He still thinks that the right job and the right word can buy everyone. As the coalition negotiations advance, he will likely come to understand that attempts to bind Lapid with the ultra-Orthodox and the right-wing HaBayit HaYehudi party, are doomed to failure. Then he will finally have to decide, once and for all, where he is heading.

In light of all this, Netanyahu faces two choices: either Lapid will compromise, fold and sacrifice his principles for a government job — or not. As it seems now, Lapid won't act this way, and Netanyahu’s moment of truth will arrive. Maybe this time, he will be compelled to cross the Rubicon after all.