On the eve of its 30th anniversary, the Ultra-Orthodox party Shas finds itself in the opposition and in the throes of a severe leadership crisis, writes Nadav Perry. 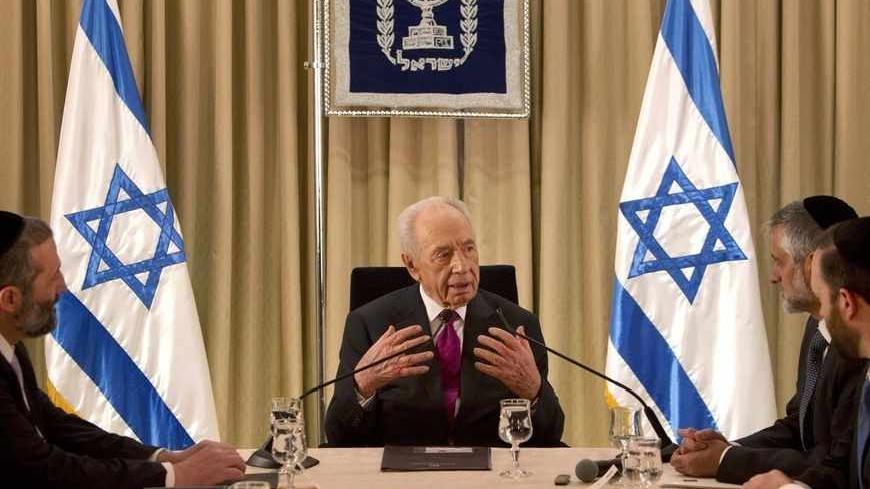 In a few weeks, the ultra-Orthodox Sephardi Shas party will celebrate the 30th anniversary of its founding. Actually, “celebrate” is a bit exaggerated — no one in Shas feels like partying these days. In fact, it would be more correct to say that the Sephardi ultra-Orthodox movement, founded almost by chance on the eve of the 1983 municipal elections, is at one of the lowest points it has known since its inception.

If its only problem was that its members were relegated to the opposition benches and forced to part painfully from the governing coalition’s cash cow, that would be tolerable. The problem is that Shas finds itself in the opposition wilderness while still in the throes of a severe leadership crisis: The party has been conducting itself without a chairman for half a year. The idea of entrusting the movement’s leadership to a trio of politicians has utterly failed. It turns out that Shas is not the Roman Empire and the scheme that worked for the First Triumvirate in 59 BC (Gaius Julius Caesar, Gnaeus Pompeius Magnus and Marcus Licinius Crassus) — and even that only lasted for 10 years — does not work for Aryeh Deri, former Minister of Interior Eli Yishai and former Minister of Housing and Construction Ariel Attias. Add to this mix the simple biological fact that Rabbi Ovadia Yosef, the undisputed spiritual leader, is 93, and the picture is clear: Shas is in deep trouble.

We’ll start with Aryeh Deri. Ostensibly this would be the place to mention Ariel Attias as well, the third leg of the triumvirate, but Attias is already sick of the infighting that plagues the highest echelons of his party. That is the impression received by sources who speak to him. Since Attias retired from his role in the government after serving as a minister for about seven years, he has his eye to the outside world of business, and is debating whether to retire from political life. But Deri and Yishai are not going anywhere. Deri is still waiting for the moment when his comeback will be complete and he will be anointed as Shas chairman again. The forced cooperation with Eli Yishai has become a situation he can no longer tolerate. Deri holds Yishai in great contempt and still is hanging onto long-held feelings of enmity from when relations between the two were completely severed for more than a decade. Their warm hugs and demonstrations of unity of half a year ago, when it became known that a joint leadership model had been decided on, now seem ridiculous and completely detached from reality (and truth be told, it seemed so even then).

What keeps Deri going now is the hope that this insufferable situation will end in the near future. He hangs on to the hope that the chaos will cease within a short time and that he will again be declared chairman of Shas. The point is that this waiting period has extended for a long time, much more than he expected. Before the elections, he reckoned that the Shas leadership would fall into his lap like a ripe fruit. Later, when he was forced to retreat, he maintained that the whole affair would be settled immediately after the elections. Three months have passed since the elections and Deri is still waiting for the big prize (that is emerging as nothing more than a beaten political party in the throes of a deep crisis).

Eli Yishai, on his part, is not willing to give up. In the weeks that passed since Prime Minister Benjamin Netanyahu’s “‘ultra-Orthodox-free” government was formed, Yishai has not ceased trying to agitate, to lead independent initiatives and to maintain his relationship with the prime minister’s office. He’ll do anything just so that at the end of the day, he’ll be able to go to the elderly rabbi and whisper in his ear how wonderful Yishai’s deeds are. As opposed to Deri and Attias, who preferred to cut off contact with Netanyahu from the moment they were sent to the opposition, Yishai is happy to maintain his relationship with the prime minister. And Netanyahu, for his part, is also happy to keep his options open; the parting with his ultra-Orthodox [partners] was forced on him.

So this is what Yishai does: He talks to Netanyahu and tells him how the rabbi is pained over his departure from the government, and how much Yosef worries about the fate of the world of the rabbinical colleges. Then Yishai goes to Yosef and whispers in his ear how the prime minister barely tolerates his new partners and wants to renew contact with Shas. The main thing is to show the rabbi how active he is and how he sits on the fence for the spiritual leader — so that Yosef won’t hand over the leadership crown to Deri, Yishai’s hated rival.

So long as the battle continues between Yishai and Deri, Shas will be hard pressed to get up off the canvas. The unflagging combat between the two prevents the party from becoming an effective, live-and-kicking opposition; instead, it is imprisoned in the dunghill of internal quarrels. Instead of wrangling with Finance Minister Yair Lapid and Trade and Industry Minister Naftali Bennett, Yishai and Deri are trying to force each other’s hand.

This is the steep price that Shas must pay for years of arrogant, antagonism-arousing tactics. Ten years ago, former Prime Minister Ariel Sharon sent Shas to the opposition when he felt that the party had gone too far in its extortionist and arrogant conduct. But Knesset leaders didn’t learn their lesson and in 2006, only three years after the trauma, the Shas movement returned to the warm bosom of the government. Shas joined then-Prime Minister Ehud Olmert’s government, and immediately returned to the same unconscionable, infuriating conduct: demands for special budgets, a law exempting ultra-Orthodox educational institutions from core studies and even an initiative for Internet censorship — Shas promoted all these initiatives when Olmert was prime minister. When Netanyahu succeeded Olmert [in 2009], Shas leaders received the interior and construction and housing ministries. Then they reached even new levels of power and arrogance.

Now, at the height of a leadership crisis and far from the government cash cow it loves, Shas needs to decide where the party is headed. If it can reinvent itself, form a clear leadership hierarchy and try to pleasantly address itself to additional publics, it can rehabilitate itself and even grow. But if it chooses to continue on the same path, it is doubtful whether it will even be around to celebrate its 40th anniversary.