US Secretary of State John Kerry risks becoming wallpaper — familiar, unobtrusive and ineffective — in a peace process that is going nowhere. 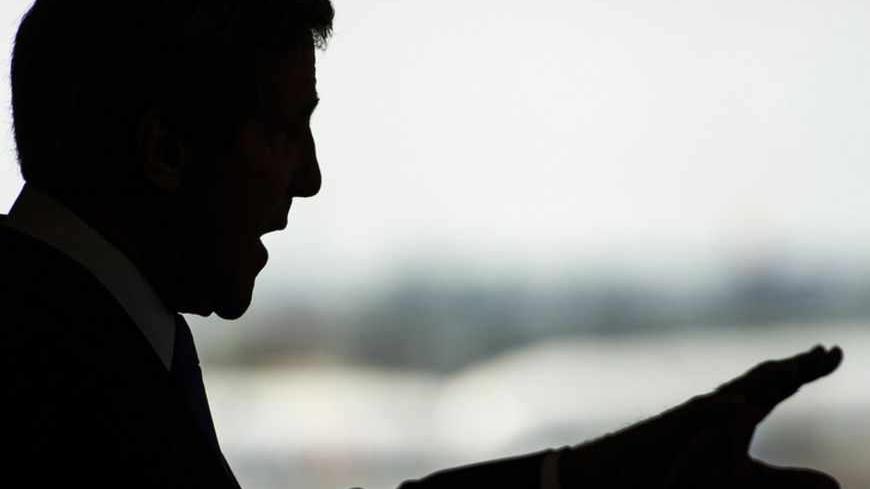 US Secretary of State John Kerry is soon to depart for his fifth visit to Israel in search of a diplomatic formula that will permit negotiations between Israel and the PLO to begin in earnest. Over the decades, there have been any number of mediators — many of them forgettable and some few who are not — who have sought without lasting success to breach the divide between the parties. Kerry is the latest in this long progression. He certainly won't be the last. But it is a fair question at this point in his campaign to ask just what exactly Kerry is bringing to the process that distinguishes his effort — and its prospects — from its predecessors.

There is always the chance that what is going on in the public eye only reveals the less important part of the story, and that behind closed doors Kerry's leadership is producing a dynamic “common space” between Israel's Prime Minister Benjamin Netanyahu and PLO Chairman Mahmoud Abbas that addresses the core issues of the conflict.

One can only hope that this is the case. Otherwise it is hard to avoid concluding that the “new ideas” that Kerry has brought to the table consist of little more than the participation of the secretary himself. And, with all due respect to Kerry's talent and acumen, just having a fresh face at the table adds little of value to the storyline.

As Kerry prepares for his latest visit, he risks becoming like the wallpaper in a room — familiar, unobtrusive and ineffective. The tools in his diplomatic tool bag are shopworn. There are no sharp edges in his call for confidence-building measures and economic development in the West Bank with a dollop of encouragement in principle for the Arab Peace Initiative.

On the Israeli side of the equation, Kerry has looked for Netanyahu to undertake measures that he considers to be within the Israeli premier's comfort zone — a pause in settlement expansion and concessions on control of Area C — comprising 60% of the West Bank. Once burned by the demand for a freeze in settlements — Bibi well remembers the demand of Kerry's predecessor, Hillary Clinton, who demanded  “a stop to settlements — not some settlements, not outposts, not ‘natural growth’ exceptions. That is our position. That is what we have communicated very clearly.”

Kerry expects far less — an undefinable slowdown in the relentless pace of settlement expansion as measured by the issuance of new tenders for settlement construction, as well as a demonstrable Israeli readiness to give the PA some power to develop lands in Area C.

Kerry's sincere but ill-placed hope that Israel's restraint on settlements could be a useful assist to his efforts is proving not to be the case. Instead of settlement being transformed by Kerry's effort into a confidence-building measure, the continuing relentless pace of settlements — the new houses, roads and daily confrontations over land that define the conflict — is proving yet again to be a confidence-destroying measure.

And that, of course, is as intended. Israeli policy in the West Bank is motivated by a commitment to bury the notion that Palestinians can make effective demands on Israel's expansive understanding of its own security and settlement requirements. Unchallenged control of Area C and untrammeled settlement within it are not some peripheral part of Israel's policy, they are the jewels in the crown of its occupation. For Washington to suggest that Israel cede the absolute power in Area C won in the Oslo Accords or to submit to an international diktat on settlements — however minimal — reflects a misunderstanding of this basic Israeli view.

Allowing the PLO a role in Area C or restraining settlement in any meaningful way is not viewed by Israel, and rightly so, as a confidence-building measure but as a concession that colors its strategic intentions regarding the West Bank and east Jerusalem.

As long as Israel has not decided or been compelled to leave the territories, in which case a settlement freeze would be redundant (Israel continued expanding settlements in Sinai and Gaza until the day Israeli troops departed these areas), Netanyahu or anyone in his place is prepared to do no more than humor credulous diplomats desperate for a hint of flexibility. This is especially so when the State Department publicly acknowledges that calling Israel on settlement expansion is “not the current plan.”

Kerry's effort to put a settlement freeze or any derivation of it — including letting the PLO put its nose under the tent of Area C — at the center of his effort to improve the atmosphere for negotiations is bound to fail — unless it is part of a far more important demand that Israel evacuate territories. Kerry, and more significantly, President Barack Obama himself may personally prefer such an option, but serious policies reflect what you are prepared to do rather than what you would like to do.

Premising negotiations on the June 1967 line as the PLO insists aims at achieving this objective — and that is why the Netanyahu government opposes it.

So the current stalemate over negotiating about negotiations is not simply an argument over the shape of the table. It reflects a lack of consensus — and Washington’s unwillingness to shape one — concerning the ingredients necessary to limit and resolve the broader strategic demands of the antagonists. The oft-expressed impatience to get beyond the current impasse to “real negotiations” reflects a misunderstanding of this basic fact. Negotiations about negotiations is a test of wills and of the power to determine the rules of the game — rules that govern not only the back-and-forth tussle preceding talks, but more often than not the talks themselves.

Recent reports suggest that Kerry, like many of his predecessors, is being seduced by the merits of “event diplomacy” — high-profile meetings between leaders whose importance lies in the fact that they occur. This lowest common denominator form of Israel-Palestine diplomacy is meant to suggest an undefinable and illusory momentum.

The desire not to spoil the party and offend Washington keeps both Netanyahu and Abbas on the “A list” of such affairs, but meetings that result primarily from a desire of the parties not to anger the host rarely generate more than a photo op. And in coming days Kerry may discover that even this modest achievement is beyond Washington's diplomatic reach.