The KRG’s drive for autonomy and stability via Turkey is revealing the gaps between Kurdish economic and political aims and between KRG elites and local populations. 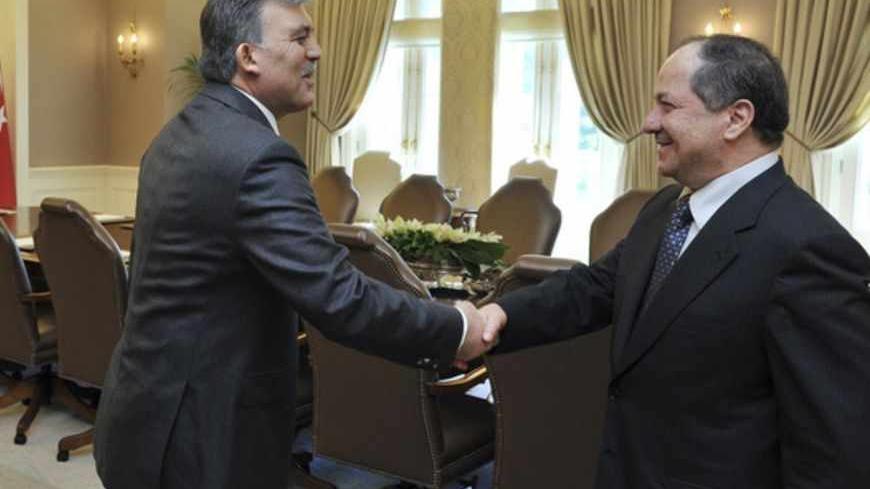 The ties that now bind the Kurdistan Regional Government (KRG) and Ankara are a welcome reprieve after decades of tension that destabilized the region and stunted economic growth. Alongside generous revenues from Baghdad and KRG pragmatism, Turkey has been a catalyst in rebuilding the Kurdistan Region of Iraq to a level unimagined just five years ago. Economic development has led to political cooperation and mutual commitments to regional security.

Yet, as the Kurdistan Region moves deeper into Ankara’s orbit and away from Baghdad, particularly in developing its energy sector, some Kurdish populations worry that the KRG is substituting one form of dependency for another. These concerns are emerging alongside uneven economic development in the region and proxy wars in Syria. They are also feeding criticism of KRG policies, intra-Kurdish party struggles and nationalist sentiments within the Kurdistan Region and across its borders.

Indeed, since the creation of a federal Iraqi state, Kurdish officials have sought a commercial partnership with Turkey. In 2007, Nowsherwan Mustafa, now head of the Change Movement (Goran), requested that Ankara “invade Iraqi Kurdistan with its businesses and not tanks” while also reaching out to Turkmen populations in Kirkuk. KRG business-friendly laws and opportunities for Turkish investment have been relatively successful. Today, in 2013, more than half (about 1,150) of the foreign companies in the Kurdistan Region are Turkish. Turkey also is helping to modernize the region’s socio-cultural milieu. Turkish music, clothes, educational institutions and food products allow Kurdish consumers access to better-quality goods and services that are helping to improve the quality of life, at least for some.

Yet, these trends also are having unintended consequences on local nationalist communities, some of whom are increasingly aware of the rapid and uneven nature of the region’s economic development and its perceived threats to Kurdish culture. In criticizing the absence of anything Kurdish and most things Turkish in the local markets, one Kurdish professional in Erbil opined, “We are becoming a banana republic for Turkey.” Other young professionals from Dohuk province — the relatively wealthy Iraqi Kurdish–Turkish border area and stronghold of the Barzani family — have indicated that for them “things are going too far.” One specific criticism is of a new Turkish restaurant whose menu is only in the Turkish language.

Fueling this concern of the Turkification of the Kurdistan Region are the KRG’s energy sector development plans. As oil becomes the KRG’s strategic product, the KRG may find itself increasingly vulnerable to Ankara’s political will, particularly if it relies solely on Turkey as an energy transit route. The absence of alternative export routes and infrastructure — neither Iran nor Syria are viable options anytime in the near future — and overreliance on oil as a revenue source (about 95% of the KRG budget) compound this vulnerability. Instead of increasing Kurdish autonomy by circumventing Baghdad with “independent oil exports,” the Kurdistan Region could effectively become less autonomous as an economic vassal state of Turkey.

True, given its landlocked position, the Kurdistan Region depends on regional states, particularly Turkey, for its political and economic survival. Ankara’s role as the lifeline to the KRG was affirmed during the 1990s double embargo against the region, as lucrative profits from the oil-for-food smuggling operation at the Iraqi Kurdish–Turkish border represented about 85% of the KRG’s revenues. Turkey also is considered by some KRG leaders and populations a more dependable partner than Baghdad, particularly since it has vested interests in the KRG energy sector and needs cheap Kurdish oil and gas to help meet its rising energy demands. In fact, Turkey has much to gain from Iraqi Kurdish ambitions. At least from a financial perspective, it is unlikely that Ankara or its associated businesses would undermine this relationship given the economic stakes involved.

Still, dependency on Turkey as a sole energy-export route may give the Kurdistan Region less room to maneuver politically, particularly if Erbil’s policy choices or alliances challenge Ankara or if relations sour with Turkey in the future. Even though Turkey can benefit from cheap Kurdish hydrocarbons, this demand would represent a fraction of Ankara’s total energy imports while representing the entirety of the KRG’s exports and revenues. This dependent relationship could undermine the relatively extensive internal sovereignty and foreign policy autonomy the KRG has realized since 2003, despite the difficulties in dealing with the government of Iraqi Prime Minister Nouri al-Maliki.

These trends are unlikely to alter the Erbil-Ankara alliance or the Iraqi Kurdish energy calculus, particularly as long as the KRG and Baghdad fail to resolve their resource and revenue-sharing disputes. Yet, they pose additional challenges to the KRG’s drive for autonomy and stability via Turkey by enhancing the gap between Kurdish economic and political aims and between KRG elites and local populations. Further, Turkey’s influence in the Kurdistan Region is occurring alongside a Kurdistan Workers Party-led Kurdish nationalist agenda in Syria, an unresolved Kurdish problem in Turkey and attempts to check Massoud Barzani's power. Unless reconciled with Kurdish nationalist claims, it will continue to magnify divisions between Kurdish nationalists willing to be led by Turkey and those seeking to check Ankara’s influence.