Iranian youth, who voted in large numbers for Hassan Rouhani for president, are mixed on whether he can deliver on Iran’s economy. 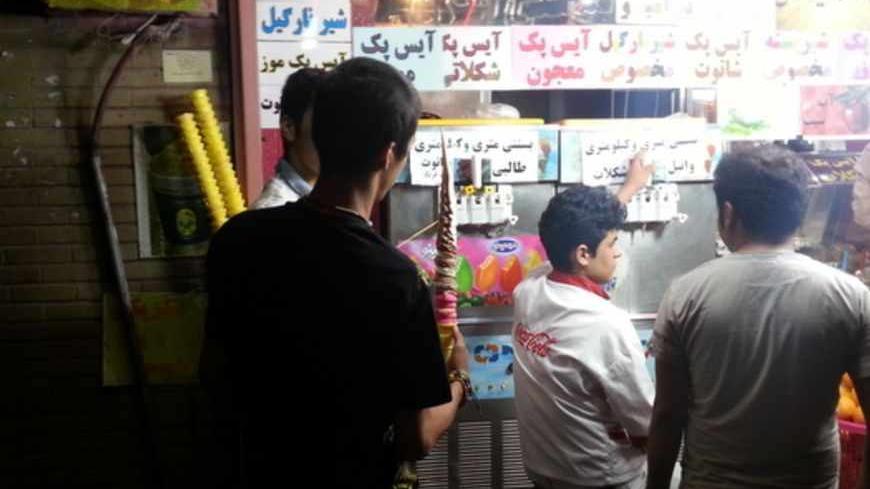 TEHRAN — Iran’s new President-elect Hassan Rouhani isn’t, in fact, a magician. The man who, during the presidential debates, raised a key, saying, "It’s the key for all the closed doors in Iran," gave Iranian youths hope that they are heading toward a better future. At least, this is what some of them think.

More than third of those who voted in this election were between 18 and 30, most of them highly concerned about their future. “I always dream of migrating to the UK or the US, even Dubai is a dream, I want to live a better life,” said Mahtab, a girl I met in Tehran’s rich Farmaniyeh neighborhood. Mahtab is a university student; she loves music, sports and fashion. “I voted for Rouhani, though he is a cleric, because I thought he might change something in this country,” she said.

I asked her what kind of change she wanted. “Well, we want a better economy,” she said. "I want to find a decent job when I graduate, I want to feel like any other citizen of this world, without worrying a war might kill me soon.” Mahtab told me about her father, Jawad, who voted for Tehran Mayor Mohammad Bagher Ghalibaf. “My dad thinks Ghalibaf could solve all our problems because he was successful as mayor and he is close to the supreme leader and this means no hurdles would be put in his path.”

In the streets of Tehran, there are no more signs of the election, despite its having taken place 10 days ago. Inside a coffee shop on the famous Valiasr Street, I met Hamid, Kambiz and Reza, three young Iranians who agree on some things and disagree about others.

Hamid, who voted for Rouhani, and in 2009 voted for Mir Hossein Mousavi, said, “We found our votes that disappeared in 2009;  Rouhani’s victory showed us, and indeed the whole world, that the people of Iran are capable of change.”

What kind of change was he looking for? I asked Hamid. “Most of the Iranians are concerned because of the economy," he replied. "Ahmadinejad on one side and the sanctions on another had a negative impact on the currency, prices and our ambitions.”

Kambiz didn’t vote: “Why should I vote? Do you think this will change anything? Who is Hassan Rouhani? He didn’t come from Mars; he is an essential part of this regime, so why should I vote?”  I tried to get more from him. I asked him what kind of change he is looking for. “I’m not saying we are living the worst life ever, at least we can vote, something many neighboring countries don’t even dare to dream of," Kambiz said. "We need more freedom, a better economy, better relations with the West, faster Internet, less censorship. We need a lot of things, and I’m sure Rouhani can’t bring them.”

Reza voted for Saeed Jalili. He thinks Jalili was the best candidate, calling him wise, truthful and transparent: “Jalili lost his leg in the war with Iraq, the man sacrificed for my sake when he was only a soldier; for sure, I wish he'd won,” Reza said. He said he respects Rouhani: “He is the student of Imam Khomeini. He was with him in his exile in Neauphle-le-Château in France. He was a strong negotiator. And I hope he’ll take Iran to a better future.” Reza seemed to be content with life in Iran, but when I asked him if there were anything he wished Rouhani could fulfill, he replied, “As for the economy, sure, I wish things would change. We all want a better country and more money; also I hope he will stand up for our nuclear rights. We don’t want to give up the achievements of the outgoing government.”

Rouhani’s miracles might not be enough to fulfill the dreams of his fellow Iranians. Stakes are high; though some dreams might not need a miracle to fulfill, they need confidence: A good example was the quick surge in the Iranian currency. In a week's time, the Iranian rial gained almost 15% against the dollar.

Ali Hashem is an Arab journalist who is serving as Al Mayadeen news network's chief correspondent. Until March 2012, Ali was Al-Jazeera's war correspondent, and prior to Al-Jazeera he was a senior journalist at the BBC.