Rouhani May Offer Way Out Of Nuclear Tensions With Iran

The election of Hassan Rouhani as president is an opportunity for a more conciliatory approach by the regional and global powers. 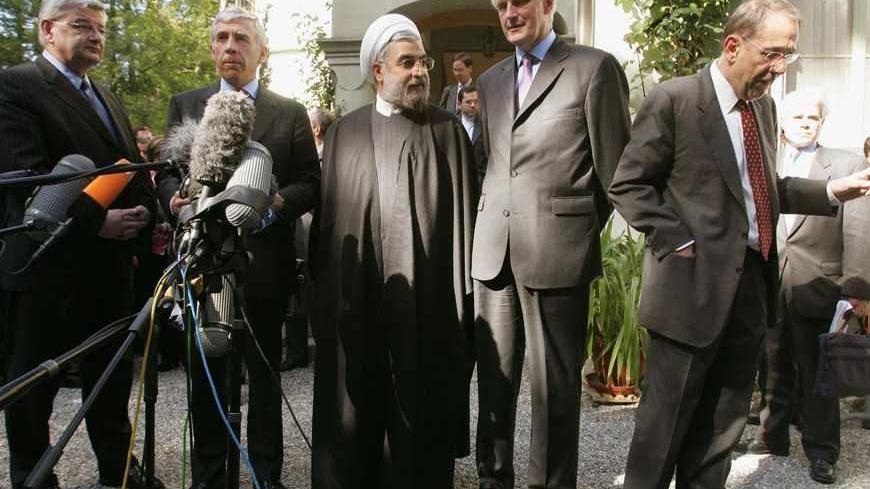 The decisive victory of Hassan Rouhani in the June 14 presidential election caught many politicians and commentators by surprise. Iran experts have tried not only to understand the reasons for voter participation, but also predict the foreign policy attitudes and behaviors of the new man in charge of Iran’s executive branch. It has been argued that the election results should be interpreted as an expression of dissatisfaction of the people of Iran with the growing unemployment, high inflation and other economic problems caused by the enormous politico-economic pressures that the Western world and particularly the United States have been exerting on Iran. However, this may not be  the whole story, and in fact others have asserted that many voters demonstrated their desire for more government accountability, strengthening citizens’ organizations and the de-securitization of the public sphere.

In the absence of nationwide public opinion surveys, we cannot be certain which factor or complex set of factors led to one of the highest voter turnout rates (72%) in Iranian presidential elections, and encouraged almost 51% of the voters to cast their ballots in favor of Rouhani. It is indisputable that a more moderate government will emerge in Tehran, and one can expect a president who will use less fiery rhetoric and move toward tension reduction with the Arab states and the major world powers. Rouhani is likely to select a team of experienced top Iranian diplomats and experts who will most probably drive Iran’s foreign — and also nuclear — policy in a different direction. The decisions made will be based on an assessment of present and future risks to the country’s political system and economic development.

One of the biggest dangers now is that the United States and its allies will misinterpret this significant political shift in Iran as an indication of widespread disillusionment among the Iranian public toward the “clerical regime.” Instead of taking advantage of the opportunity of negotiating with the new Iranian leader, they might continue talking about the controversial “regime change” option which many in the West have openly or covertly been advocating for a long time. They might assume that increasing the external pressure on Iran would accelerate the regime change by the frustrated Iranian people, who would overthrow the clerical regime. Indeed, those who think about this revolution do not know that the vast majority of the Iranians, particularly the younger generations, do not have any appetite for a “revolution,” are wary of  wars and look to the conflict situations in the periphery of Iran — in Afghanistan, Iraq and Syria — with uneasiness. This politically ill-defined goal of regime change casts dark clouds over the issue to the point that one may have difficulties in finding where things are or should be.

If the West, Russia and the regional powers are interested in a more peaceful regional security environment; they should avoid hindering the new president’s efforts to have a country that is more economically viable and politically inclined to be more ready for cooperation with the regional states and world powers.

Past efforts by Iran and the P5+1 [the permanent UN Security Council members plus Germany] to resolve the nuclear crisis have failed. There is now an optimistic view that the election of Rouhani provides a new opportunity to end the stalemate. Rouhani has specific experience on nuclear issues as he was the key Iranian nuclear negotiator during 2003-2005 and managed at that time to make progress with the EU3 — France, Germany and the United Kingdom — on  crucial issues, including voluntary implementation of the Additional Protocol. Unfortunately, the cooperation and the possibility of an accommodation offered by the Iranian leadership at that time was not considered sufficient by the EU3 and the United States, and eventually Iran was deferred to the UN Security Council. As a consequence of the past experience, some in Iran may believe that any compromise could have a negative impact on fundamental Iranian national security interests, because they do not trust the United States and the West.

The key questions are what will be the new foreign policy course under President-elect Rouhani and what will be the role of other decision-makers. Many analysts have made a distinction between foreign policies that can be changed by the new government and those presumed to be unchangeable because they are based on the fundamental principles of the Islamic Republic of Iran. Even though the process of foreign policymaking remains constant, differences in the personal characteristics of outgoing President Mahmoud Ahmadinejad and the newly elected president will change Iran’s foreign policy toward vital issues. In his pre-election debates, Rouhani implied that it is important to insist on Iran’s right of peaceful use of nuclear energy but the determination to expand the country’s nuclear fuel cycle should not come at the expense of other vital programs for economic development.

Considering the lack of trust between the parties involved in the negotiation, and the suspicions of the Iranian leaders about the true intentions of the great powers, any arrangement must take account of the following points: The P5+1 must acknowledge that Iran as a nuclear Non-Proliferation Treaty member has all the rights and obligations that are included in the treaty. The right of conducting uranium enrichment should not be denied, but it might be necessary to impose some temporary constraints — for example, intrusive inspection of enrichment facilities, limits on percentage of enrichment and a freeze on building new heavy-water nuclear reactors. Iran has already announced willingness to stop its enrichment of 20% uranium. The declaration of the Iranian leaders that they do not want to build nuclear weapons should be acknowledged. Iran should be ready in any final agreement to allow the verification and monitoring instruments — including the Additional Protocol — that will facilitate the International Atomic Energy Agency's inspections. Cooperation in the nuclear field should be welcome by Iran and other countries, also to help prevent unwanted, potentially dangerous nuclear accidents.

Some questions about past Iranian activities should be answered to remove a perpetual sword of Damocles over the Iranian nuclear program. In a step-by-step approach, all sanctions against Iran should be removed, starting with the most severe ones that directly affect the welfare of the Iranian people.

The Rouhani government will be expected to respond decisively and creatively to popular demands for prosperity and improving Iran’s foreign relations. The new policymakers cannot ignore the fact that the risky economic mismanagement — which led to public discontent — became more problematic because the current government has found itself confronted with a tremendous amount of external pressures. There is a need for a quick negotiated solution to the nuclear issue to allow the new leadership to concentrate on economic recovery, consolidate power and prevent the disruption of the social and political order. The persistence of tensions in Iran-US relations has been a source of instability in the region. With the spread of ethnic conflicts and sectarian violence in the Middle East, the security situation has deteriorated. Regional and global security will benefit if a more conciliatory approach in the relations between Iran and the regional and global powers can emerge as a consequence of the important political shift that has happened in Iran.