7 reasons Iran nuclear deal a win-win for all parties 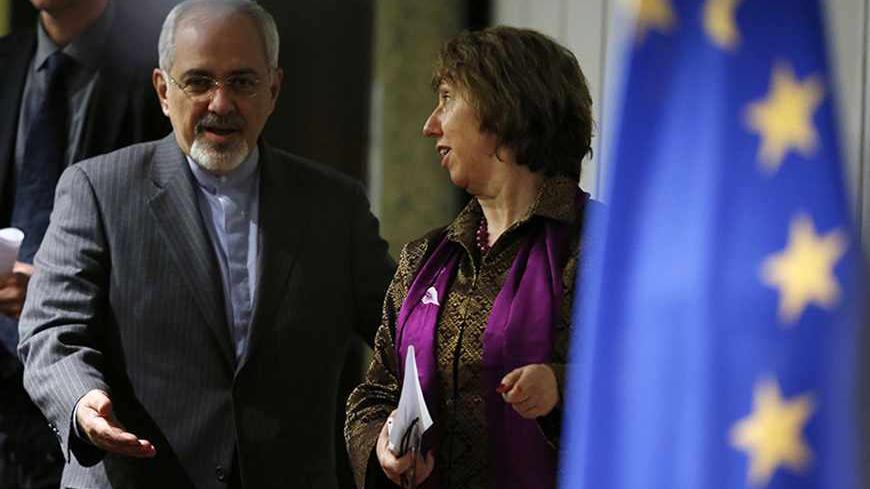 The negotiations on Iran’s nuclear program held in Geneva, Nov. 7–9, made unprecedented progress toward an agreement. US Secretary of State John Kerry announced at the conclusion of the talks, “We came to Geneva to narrow the differences, and I can tell you without any reservations, we made significant progress. It takes time to build confidence between countries that have really been at odds with each other for a long time now.”

The US position was confirmed by Catherine Ashton, the European Union's high representative for foreign affairs and security policy, who stated, “A lot of concrete progress has been achieved but some issues remain. Our objective is to reach a conclusion and that’s what we’ll come back to try to do.”

The French position, however, surprised everyone. Foreign Minister Laurent Fabius warned that a rush to an agreement would be a “fool’s game.” Informed sources told Al-Monitor that Britain, China, Germany, Russia, and the United States and Iran had been amenable to signing a draft agreement but that Paris then moved to block the deal. Obviously angered by the French maneuver, Iranian President Hassan Rouhani, asserted in a speech to parliament on Nov. 10, "The Islamic Republic has not and will not bow its head to threats from any authority … For us there are red lines that cannot be crossed. National interests are our red lines that include our rights under the framework of international regulations and [uranium] enrichment in Iran."

Why did Fabius not only block the nuclear deal, creating a historical missed opportunity in Western-Iranian relations, but also break the rules of negotiation by revealing details of the talks as soon as he arrived in Geneva—when the P5+1 and Iran had already agreed to keep all details confidential until the conclusion of discussion—and once again ignore protocol by announcing the results to the press before Ashton and Iranian Foreign Minister Mohammad Javad Zarif had arrived at the final press conference.

In attempting to justify the French position, Fabius replied that the concerns of Israel and other countries in the region, over Iran's, must be seriously taken into consideration. There are, however, two other issues explaining why Paris blocked the draft agreement. First, it was drafted primarily by Iran and the United States, and second, considering the current tensions between Washington and its Arab allies, in particular, Saudi Arabia, perhaps Paris sensed an opportunity to obtain billions of petrodollars by satisfying the Israeli-Arab alliance opposed to a peaceful nuclear deal.

Nevertheless, while British Foreign Secretary William Hague asserted on Nov. 10 that the deal "is on the table and it can be done," the following points may help France, the US Congress, Israel and some of the Arab states rethink their position, which is blocking a win-win deal.

First, the current draft agreement covers all the major demands of the world powers on transparency measures required by the International Atomic Energy Agency (IAEA) and has “no breakout” measures, guaranteeing that Iran would remain a non-nuclear weapon state forever.  Pushing back against critics who claim the United States is being naive in the negotiations with Iran, Secretary Kerry retorted on Nov. 10, “We are not blind, and I don’t think we’re stupid.”

Second, as world powers have recognized, and Foreign Secretary Hague has expressed, Zarif, as Iran's foreign minister, is "very constructive" and an interlocutor who was "out to do a deal." This is an opportunity that should not be missed.

Third, as Swedish Foreign Minister Carl Bildt noted in a tweet, the problem is not any more with Iran. Rather, he observed, “Seems as if the most difficult talks in Geneva are not with Iran, but within the Western group … Not particularly good.” In case of failure, the world powers should be blamed, not Tehran.

Fourth, on Nov. 11, the Iranian government signed an agreement with IAEA general secretary Yukiya Amano to address the remaining technical ambiguities of the world powers. Despite the nuclear deal with the P5+1 being blocked, Tehran has made an unprecedented overture to begin a new era of its most intensive cooperation with the IAEA.

Fifth, the major stumbling block for France was the Arak reactor. Under the Non-Proliferation Treaty, all member states are permitted heavy-water reactors, which has significant applications in a wide range of peaceful technologies. Ali Akbar Salehi, head of the Atomic Energy Organization of Iran, met with Amano in Tehran on Nov. 11,  and the latter announced that Tehran had accepted the IAEA’s demand to inspect the heavy-water facility in Arak, a measure that goes beyond Iran’s commitment under the Safeguard Agreement. Moreover, Iran does not have reprocessing and plutonium separation capacities at Arak and, since 2003, has made it clear that is not keen to pursue such activities. Thus, there is no risk of proliferation in Arak.

Sixth, sanctions policy has pushed Iran to increase its enrichment capacity significantly. Before sanctions, Iran was enriching at one site with 3,000 centrifuges below 5% with a very limited stockpile of enriched uranium. Today, after seven years of crippling sanctions, Iran is enriching at two sites with 19,000 centrifuges at 20% and has a stockpile of 8,000 kg of enriched uranium.

Seventh, the crisis in Syria is at a critical juncture. A nuclear deal would open the road to Iranian-US constructive engagement to manage the conflict there. Trilateral cooperation between Russia, Iran, and the United States led the Syrian government to relinquish its chemical weapons, sign the Chemical Weapons Convention, and open the country to international inspectors with a mandate to destroy its chemical weapons. Such cooperation can facilitate a peaceful political settlement not only concerning the Syrian situation but beyond.