Since its founding, Hezbollah has witnessed significant changes in its political and military structure, culminating in a new, educated generation willing to fight for the party’s cause. 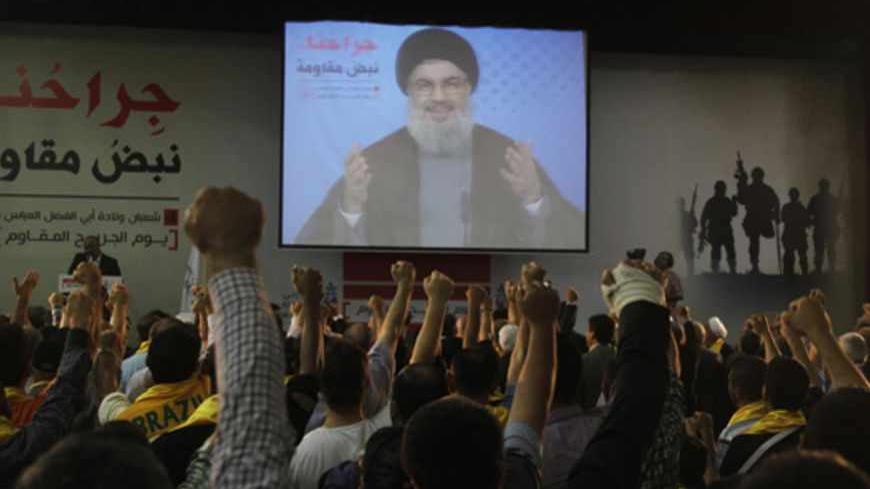 During the last four decades, Lebanon has witnessed changes in its political and demographic structure, the most prominent of which came to pass within the Shiite community during the time of the First Republic of Lebanon (1943-1989). At the time, the Shiite community was, to a great extent, socially and economically marginalized. Their economy relied heavily on tobacco farming, the harvest of which was bought by the state at rock-bottom prices. During that era, the farmers rose up in rebellion multiple times, demanding that the state increase their purchasing terms.

At the end of the 1960s, Musa al-Sadr, an imam who came from Iran to Tyre, the largest Shiite-dominated city in south Lebanon, stood out within the Shiite community. What was remarkable was that the Lebanese Maronites embraced his emergence at the time. In fact, the Holy Spirit University of Kaslik [Mount Lebanon] hosted many of his conferences on religious coexistence. In addition, late President Fouad Chehab, the most respected Maronite figure in Lebanon, facilitated the process of granting Sadr Lebanese citizenship.

Chehab, who had a military background as army commander prior to assuming the post of president, was a reformist par excellence. During his mandate, the majority of Lebanese laws were redeveloped and the pillars of the state were consolidated. Chehab sought through embracing the presence of Sadr to get the Shiites out of the vicious cycle of persecution and introduce them to the concept of citizenship, by encouraging them to integrate into the Lebanese political system through participation. Chehab also wanted to disentangle the ties the Shiites had with the leftist parties as compensation for the neglect of the state.

Indeed, the charismatic Sadr succeeded in drawing the Shiites away from the leftist parties in favor of uniting them within a political entity of their own, which was known as the Amal movement. Amal entered the ruling system under the banner of “partnership.” In this sense, parliament speaker Nabih Berri is seen to embody Sadr’s conception of the Shiite role in Lebanon.

During the 1980s, Berri enjoyed a similarly high status within the Lebanese Shiite circles, which was later seized by Hezbollah Secretary-General Hassan Nasrallah. Yet, the Shiite leadership was not passed to Hezbollah until after a bloody internal conflict with the Amal movement. During that time, when the Shiites made their mark and became a “rising sect” — while the Maronites became a “falling sect” — regional powers took interest in having influence on the Shiites. Iran was then taking the first steps on the road to gaining control over the Levant in the wake of the victory of the Khomeini-led Islamic revolution in Tehran.

Gradually, Iran started to empower the nascent Shiite entity — Hezbollah — which was born and developed within the idea of velayat-e faqih [Guardianship of the Jurist]. Back then, Syria was not pleased with the Iranian competition over the Shiite sect. Therefore, it empowered its ally, the Amal movement. The conflict of interests between Damascus and Tehran resulted in a conflict between Amal and Hezbollah, which claimed the lives of hundreds of Shiites. The conflict ended in Syria, where both parties reconciled as part of a game of sharing influence between Iran and Syria over the Lebanese Shiite sect.

Ever since, Hezbollah has consolidated its presence within Lebanese Shiite circles as being, alongside Amal, one of its two main poles and a dogmatic and political extension of Iran, while Amal was the flag bearer of Syrian interests.

The [most] noticeable aspect of this experience is that both parties were able to peacefully coexist and reinforce their presence as a coordinating leadership that manages the internal Lebanese crisis in favor of the Shiite sect. This positive development of relations between Tehran and Damascus was also one of the reasons that led to the success of Amal and Hezbollah in distributing their roles on the Lebanese scene.

After the death of former Syrian President Hafez al-Assad, the Amal-Hezbollah equation that relied on the Iranian-Syrian support was introduced to a new favorable factor. Syrian President Bashar al-Assad gave up on his father’s prudence toward Hezbollah and its Iranian dimension and opened the Syrian doors wide for the Shiite party. Initially, this step was the fruit of a fundamental difference between the strategic thinking of the father and the son. The former espoused the theory that the Iranian presence in Lebanon must pass through the lens of Damascus’ levantine policy, while the latter, having seen the impressive military achievement of Hezbollah against Israel, adopted the policy of building a joint strategic relation with both Hezbollah and Iran.

Throughout the direct Syrian presence in Lebanon from 1987 until 2005, Hezbollah enjoyed unbridled Syrian support. The strategic value of the Amal movement, on the other hand, started to wane in Syria, even though no rupture in the relationship or termination of alliance occurred.

The totality of Nasrallah’s wars against Israel, which did not undermine or weaken the status of Hezbollah in any way, gave him serious credentials within the Shiite circles at the expense of the Amal movement. With time, the regional disparity faded away. Hezbollah was no longer a strategic ally of Iran and a political ally of Syria. Instead, the strategic aspect became a commonality for the party’s relation with both countries. Amal’s role, however, was reduced to providing Hezbollah with a political cover within the Lebanese ruling system.

The Berri-led Amal movement represented in the 1980s the Shiite bourgeoisie and the aspirations of its members to acquire a share in the private and public economy, and assume key posts. Amal succeeded in its endeavor and the Shiites were no longer perceived as the “sect of the unprivileged,” instead becoming the sect that comprises the largest middle class among all other sects.

As the economic, social and political situation of the Shiites improved, Hezbollah worked on organizing the sect and laying the foundation of a strong party that has a growing military power, rising to the level of some regional armies. On the other side, however, all Lebanese communities had laid down their arms when the civil war ended.

The Shiites are now perceived as the sect that is excessively powerful militarily, socially, politically and economically.

Nasrallah’s decision to take part in the Syrian war in favor of the Syrian regime is nothing but an indication of the excessive power the Shiites have. Normally, the strongest regional country or the international powers — and not a political party — are the ones that take on fighting outside their lands. Nevertheless, Hezbollah opted for this choice in Qusair. It is worth noting that Hezbollah fought in Qusair as an organized army and not as an untrained militia. In addition, its intervention resulted in a radical change that ended the status quo, which persisted for two years on the military field between the opposition and the regime, in favor of the latter.

This is an indicator that the Shiite sect, of whom 80% of its members support Hezbollah, constitutes a new form of regional power and not merely one of the 16 other sects that make up Lebanese society.

Hezbollah believes that following Israel’s failure in the July 2006 war to dismantle its military or social structure, the idea of a soft war against Hezbollah — involving combined economic, political and security elements — emerged in the West, Israel and the Gulf states.

Nasrallah stated several times during his speeches broadcast on the big screen that the soft war against him and his party is relentless. Yet, the party, according to its leader in one of his speeches, decided to face this war with the strategy of building Hezbollah’s generations. A source close to the party clarified that this strategy aims at enabling Shiite generations in Lebanon to empower the party’s youth and take turns consolidating its project and continuing its course on all military, security, political, educational and economic levels.

It seems that this plan made significant strides in terms of its implementation. During the past six years, the party's base encompassed a mix of Shiite generations: the founding generation that produced Nasrallah; the middle-aged generation comprising the members affiliated with the party during the Shiite renaissance period in Lebanon, which started with the role played by Amal in integrating Shiites into the Lebanese economy, labor market and education; and a new young, highly spirited generation achieving military victories and benefiting from the party’s services in all fields, especially in terms of education, health services and social benefits. This generation represents the new generation of the party, including both fighters and educated persons.

At present, Hezbollah has a huge military corps. Its former military leader, Imad Mughniyeh — who was assassinated in Damascus five years ago — is largely credited with launching the theory of its construction. After he carefully observed the lessons from the July war, which he had effectively managed, he deduced the intrinsic idea that Hezbollah’s next goal must focus on building a combat corps with an abundant number of fighters. Immediately after the war stopped, he embarked on the project of building the educated and highly trained corps of 100,000 fighters.

It is hard for an observer from outside Hezbollah’s inner circles to accurately identify how successful this project — which was mainly designed to militarize the Shiite sect in Lebanon under its leadership — has been. Yet, a lot of practical signs suggest that it has become a nearly absolute truth. Its war in Qusair, during which it confronted the most violent guerrilla fighters in the world (al-Qaeda), and previously its large scale operation — through which it uprooted a network of groups that have been armed in Beirut for two years in order to confront it — both indicate that Hezbollah had gone beyond being a huge militia, becoming a large military and professional force that follows a creative organizational and combat approach. This approach combines organizational conduct subjected to tight control and communications, and elite forces with a rich experience in the various types of guerilla fighting. The most prominent characteristic of this force is that a high percentage of its ranks consist of youth with specialized degrees, making it an educated army.