The Reasons Behind Hezbollah’s Decision to Fight in Syria

Despite the natural alliance between Shiites in Lebanon and the Syrian regime, some Lebanese are reconsidering the merits of sending their young men to die in Syria, writes an Al-Monitor correspondent in Beirut. 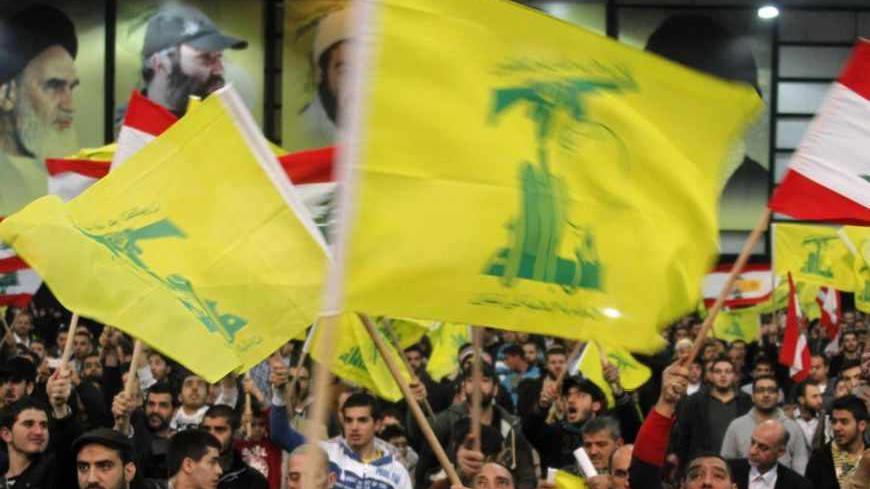 So far, Hezbollah fighters killed in Syria number at least 20. The last two died a few days ago in an engagement against the Free Syrian Army in the al-Qassir region of Homs’ countryside, close to the Lebanese border.

Within the social base of the party, there now exists a debate that is expected to gain momentum with time, concerning the usefulness of sending young Shiite men to die in Syria, in defense of a cause that has nothing to do with the party’s declared purpose of protecting Lebanon from Israel.

Day by day, this debate is growing more and more into a protest movement that grows in intensity with the rising involvement of Hezbollah in Syria’s internal war, and the increase in the number of its dead there. It should be noted here that the party’s fighting force is almost entirely composed of Lebanese Shiites who primarily hail from two main areas: South Lebanon’s border region with Israel, and the Bekaa region adjacent to Syria.

While the party’s political leadership is primarily comprised of southerners, the Bekaa provides the majority of its fighters, for the Bekaa is known as at the “human reservoir” of the resistance movement. Each of these regions possesses its own psychological makeup that emanates from their social, cultural and economic peculiarities.

The south, for example, is more encouraging of education, with its sons accumulating political experience gained through their involvement in left-wing Lebanese movements during the 1960s and 1970s, as well as their high level of affiliation with Palestinian organizations at that time. Economically, the south traditionally lived off of agriculture — primarily tobacco and citrus fruits. Yet with the rise of Imam Moussa al-Sadr (the founder of the Amal movement), and then the ascent to power of Amal under the leadership of Speaker Nabih Berri, southern society underwent a period of social and economic development. This led to the growth of a middle class composed of business people and employees of various governmental institutions. Furthermore, a large proportion of the south’s expatriate sons working in Gulf countries and Africa have garnered success, to varying degrees.

On the other hand, the Bekaa was only marginally affected by the rise of the Shiite star on the Lebanese political scene. The reason for that is that educational levels in the region remained low, or even all but nonexistent in the more clan-oriented parts of the Bekaa.

In truth, the broader clan affiliation of Bekaa Shiites played a part in hindering their social and civic ascension towards modernity. The area long relied on the agriculture of cannabis. But, once the civil war ended, the Lebanese state destroyed the inhabitants’ cannabis crops, prevented them from re-growing such crops, and promised to provide them with an alternative, which it never did. This thus exacerbated the degree of poverty in the region.

Hezbollah, from its end, never adopted a policy of development towards the region, preferring to spread its authority there through the enlistment of thousands of the Bekaa’s sons as fighters drawing monthly wages. The aid provided by the party and Iran to the Bekaa’s Shiites is therefore nominal more than productive, which renders the economic and social crises even worse in a region that has always lacked a systematic and scientific plan to combat such problems.

The majority of Shiite militants who chose to fight alongside the Syrian regime came from the Bekaa.

Initially, Hezbollah gave members not belonging to its military wing the freedom to go to Syria without benefiting from party support. And so, Shiite fighters volunteered to go fight in Syria for three main reasons: The first was due to a fatwa (religious edict) issued by Hezbollah proclaiming that fighting in Syria was a form of Jihad (holy war). The second reason to fight resulted from the inflamed sectarian Shiite feeling of having to protect their religious shrines in Syria (the Sayyidah Zainab Shrine in Damascus and the Sayyidah Rouqayya Shrine in Douma, among others) from supposed Sunni usurpers. And the third emanated from financial need and Hezbollah’s ability to invest in the conflict as a result of its considerable and wide-ranging ability to mobilize people.

Lately, however, the party’s involvement in the fight in Syria has turned strategic, and has transcended offering the usual limited aid. Hezbollah’s leadership thus decided to enter the internal Syrian conflict for three main strategic considerations. First, the party believes that if it did not go to defend its Syrian regime ally, it would have to fight the common enemy it has with the regime, namely the Sunni Salafists. They believe the latter won’t stop at toppling the Syrian regime, but will move on to Lebanon to accomplish their mission of striking at Iran’s influence in the country, as well as that of its main ally there, Hezbollah. The second consideration has to do with the party’s belief that improving its internal political position requires that the situation in the region be in its favor; and it views the Syrian battlefield as the proper current venue to gauge the region’s pulse. Thirdly, there exists within the party an effective movement pressuring its leadership and demanding that Hezbollah not stand idly by while the so called Sunni Gulf aggression continues against Syria and its regime, characterized as having close ties to Iran and the Shiites.

In other words, this faction believes that the war for Syria not only constitutes an existential threat for that country’s regime, but also for all Shiites in the whole of the Arab world.