After Qusair, Is Hezbollah Finished in Syria?

Will Hezbollah continue its military involvement in Syria? 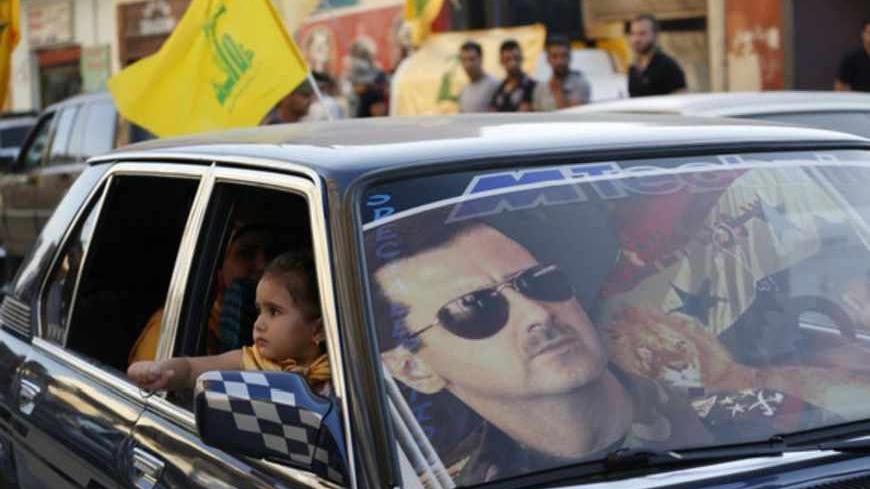 An image of Syria's President Bashar al-Assad is seen on a car's windshield as Hezbollah supporters celebrate in Hermel, Lebanon, June 5, 2013, after Hezbollah forces and the Syrian army took control of Qusair from rebel fighters. - REUTERS/Jamal Saidi

The battle for Qusair ended when the Syrian city fell to Hezbollah and Syrian regime forces on June 5 after a three-week assault against militant rebel fighters. It is no longer a secret that Hezbollah units were the main fighting force in the conflict, with the Syrian army’s role limited mostly to providing weapons support. During the fighting, Hezbollah carried out dozens of land assault operations. According to accounts attributed to Hezbollah fighters returning from the field, during the first days of the assault, the organization's units faced problems that its military leadership had not foreseen and that led to a number of losses among attacking units. Based on these accounts, the problems can be surmised as follows.

Hezbollah was surprised that many of its supposedly secret military tactics were known by the militants in Qusair, allowing them to prepare effective countermeasures. It is now widely believed within the party’s ranks that it was Hamas that divulged these secrets to the Qusair militants. Hezbollah and Hamas had had close military and security ties going back two decades. According to information leaked by sources inside Hezbollah, most of the sniping and booby-trap tactics that the party had shared with Hamas during joint training exercises in Lebanon and Syria were also used by the militants in Qusair. This, it is said, proves that Hamas partnered with Syrian opposition forces in the battle, at least in terms of providing technical assistance. Other information, as of yet unconfirmed, supposedly points to Hamas directly taking part in the Qusair battle with fighting units of its own.

The second problem Hezbollah faced during the first phase of the attack involved security breaches within the Syrian army. Although limited, they had a negative impact on the execution of the plans laid to vanquish the militants and drive them from their fortified positions in the context of a logistically complicated battle, such as that waged in Qusair.

The third problem stemmed from Hezbollah underestimating the ferocity and advanced fighting skills of the militants. As a result, the party was forced to modify its offensive tactics on more than one occasion, ultimately deciding to slow its rate of attack and ordering its units to advance and take control of small areas where a defensive perimeter had been established and backed by a rear line of support. Following each successful advance, the units would then move on to occupy new, equally small areas. This revised tactic, combined with effective tackling of the other problems encountered, led to a significant reduction in casualties among the party’s ranks during the last week of the battle.

According to sources close to Hezbollah, Qusair represented a test during which the party’s fighting capabilities were measured on more than one strategic level. First, the organization tested the cohesiveness of its popular base and the latter’s trust in the weighty decisions taken by its leadership. The sources noted that Hezbollah’s leadership was itself surprised by the level of support exhibited by its base, which took the lead in this battle and proved that it was willing to offer the most precious of sacrifices toward its success.

Second, the party’s fighting units for the first time waged a battle against forces similarly driven by a strong religious ideology and utilizing much of the same war-fighting tactics as Hezbollah. The party’s military leadership is being lauded as having proven itself capable of learning in the heat of battle and militarily adapting to developments on the ground.

One question remains: With the end of the battle for Qusair, will Hezbollah Secretary-General Hassan Nasrallah appear before his supporters to say," As I have promised you, I now declare victory complete, and the party’s task in Syria accomplished," or was the battle but one in a successive number of rounds to be fought by the party in the long and difficult struggle for Syria?