The second segment of a three-part series on Hamas reveals a sharp deterioration in its ties with a former close ally, Hezbollah. 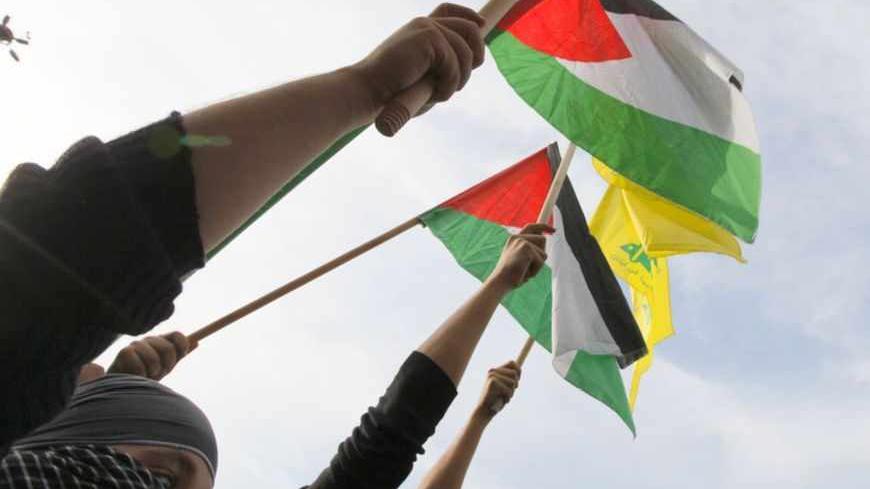 Speaking about their relations with Iran, leading members of Hamas affirmed to Al-Monitor that Iranian support is no longer what it used to be. Hamas’ stance regarding the Syrian crisis, in addition to it denouncing the practices of the regime against its own people, has affected its relationship with Iran. Moreover, they said that the relationship with Hezbollah has broken off.

Ahmad Youssef, a member of the Shura Council and a leading figure of Hamas, said that he advised Hezbollah earlier not to engage in the Syrian crisis. When it did get involved, ties were cut between the two.

“Future ties with Iran and Hezbollah will not go back to normal. Both have taken part in the massacres against the Syrian people, despite the fact that we have advised them otherwise since the crisis began.” Youssef told Al-Monitor.

From his office in the Bayt al-Hikma Institute, Youssef said, “What happened in Syria and the engagement of Hezbollah in the crisis is indeed a weighty loss for the party and its reputation in the region as a movement of resistance. Therefore, future relations [between Hamas and Hezbollah] will be delicate. Hamas had advised Hezbollah during previous meetings not to get involved.”

Youssef stressed that relations with Iran became brittle and they are unlikely to return to normal, whether on the level of financial aid or political communication, considering Hamas to be closer to the Syrian people than it is to the regime and its allies.

For his part, Bassem Naim, adviser to the prime minister of the Gaza government on foreign affairs, said to Al-Monitor, “Iranian support to Hamas has certainly been affected following the movement’s stance in regards to the crisis in Syria. Yet Hamas, as a movement of resistance, does not rely on any specific political party in the region.”

Naim affirmed that the relationship between Hamas and Hezbollah was deeper, given that Hamas is a national liberation movement that supports the resistance against the same enemy — Israel. However, the stance of Hezbollah in regards to the Syrian crisis affected its relationship with Hamas. Naim believes that Hezbollah overdid its intervention in Syrian affairs at the expense of its strategic role as a movement of resistance.

“It [Hezbollah] was dear to the hearts of the Arabs, despite its Shiism. Yet, the fact that Hezbollah put its [Shiite] doctrine above politics gave its intervention in Syria a sectarian dimension. Consultative meetings took place within the framework of exchanging advice, yet the meetings stopped because the parties involved became stiff, and it is hard to hold discussions now,” Naim told Al-Monitor.

Naim denied rumors last week that Hamas has been thrown out of Lebanon, telling Al-Monitor that “some circles wish to incite the dispute between us and Hezbollah. Official authorities, be they from the Lebanese government or Hezbollah, did not ask Hamas to leave Lebanon.” Naim considers the rumor as part of a media escalation. He reiterated that Hamas cannot be reduced to a mere office located in Lebanon because it is a part of thousands of Palestinians that live there.

This was also affirmed by Ghazi Hamad, the undersecretary of the Ministry of Foreign Affairs in the Hamas-led government, who told Al-Monitor that the disseminated information about tossing Hamas out of Lebanon is false and is an attempt to exploit tensions. “Ali Baraka, Hamas’ representative in Lebanon, is currently there, and the office is open. There are no problems whatsoever,” he said.

On Iran, Naim said that Tehran is seen as one of the parties supporting Hamas, yet the decisions of the latter are not linked to those parties. The financial support that the movement receives has waned, which affected some of its internal activity. Hamas, however, has a long history in coping with financial hardships, especially given that its activities are based on volunteerism.

Naim relates the financial setback to the decrease in Iranian support, but also to the scattered international relief efforts that are oriented toward Syria. Additionally, following the Arab Spring, new challenges surfaced and Arab efforts were drained.

In an interview with Al-Monitor at his office, Hamad described Hamas’ relationship with Iran as “fluctuating.”

“Never before have any crises taken place with Iran. When Hamas adopted a clear stance in Syria, however, the crisis came to pass, even though Hamas does not deny that Iran has stood by its side in many occasions, especially during the blockade,” Hamad noted.

Hamad affirmed that they do not forget how Syria — both the regime and the people — embraced and provided political and financial support to Hamas after it was thrown out of Jordan. When the Syrian crisis flared, Hamas tried to offer advice to the regime, but unfortunately the regime resorted to the military solution. This led the movement to distance itself from the conflict, ​​out of conviction and not as a result of any external pressure.

“We supported the Syrian regime as long as it was fighting the Israeli enemy, but when it oppressed its people we decided to part ways with it, despite the fact that this is considered a big loss for Hamas. We had hoped that a peaceful solution could be reached without the need to kill the Syrian people, but things have now gotten too complicated,” he said.

Hamad stressed that the movement also opposes the intervention of some international parties in Syria’s internal affairs, which may give way to colonial interests.

Hamas stressed to the regime at the outbreak of the Syrian revolution, the necessity of reforms and the importance of a peaceful transfer of power, according to Naim. The regime, however, did not listen, although these recommendations would have led to a solution to the crisis.

Naim said that Hamas is trying to maintain the required balance in relationships and to remain at the same distance from all parties. He confirmed that they do not want the Palestinian people to pay the price, especially since they have suffered considerably as a result of the Palestinian leadership’s involvement in conflicts and civil wars in Arab countries such as Jordan, Lebanon and Iraq.

According to Zaki Chehab in his book Inside Hamas, published at the end of 2007, Hamas started its external activities when Israel exiled 415 Hamas members to Lebanon in 1992.

Hamad said, “Hamas started to build international relationships following its deportation to Marj el-Zhour in Lebanon. This drew the attention of numerous countries to the movement and caused the international press to write about it.” Hamad said that, today, Hamas has reached countries in East Asia and Africa, and that European countries are seeking dialogue with it.

He added that following the outbreak of the Arab Spring, Hamas expanded and consolidated its international relations. This is evidenced by its relationship with Egypt, with meetings held between the leadership of Hamas and those of Egypt, which was ruled by a regime hostile to Hamas and used to deal with the movement by resorting to military means. This rapprochement occurred despite attempts by the Egyptian media to distort Hamas’ image and implicate it in Egyptian internal affairs. In this respect, Hamad asserted that there is no evidence of Hamas involvement in the matters the media is trying to implicate it in, whether the Tahrir Square events, the Port Said massacre, or the kidnapping of soldiers in the Sinai.

Hamad said the Hamas’ relationship with Tunisia has improved, considering that the new Arab regimes’ perspectives on the Palestinian cause gained a moral dimension and are no longer based on interests, despite the numerous current challenges facing the Arab region.

Moreover, Youssef retained the same opinion, adding that the involvement of Islamists in the Arab spring facilitated Hamas’ mission to reach the Arab regimes, which are still preoccupied by their internal affairs. Youssef continued, “When these societies achieve stability, security and prosperity — which will take a while — the Palestinian people and their cause will have a bigger chance of obtaining support.”

Naim reaffirmed the same position, and said that the Arab revolutions opened up new horizons for Hamas, especially following the fall of regimes that used to protect the Israeli entity. “It is the Arab people who are now ruling, regardless of whether their rule is Islamist or non-Islamist,” he said.

As for the relationship between Hamas and Qatar, the three leaders — Naim, Youssef and Hamad — agreed that it is a normal relationship, explaining that Qatar is simply a friendly country supporting Hamas in the reconstruction of the Gaza Strip, yet they indicated that this relationship is being exaggerated by the media.

In support of their opinion, the leaders invoked Hamas' rejection of the recent Arab land exchange initiative led by Qatar's prime minister, insinuating that Hamas does not receive orders from anyone and that no state shall impose its political positions on the movement, even if it is supporting it.