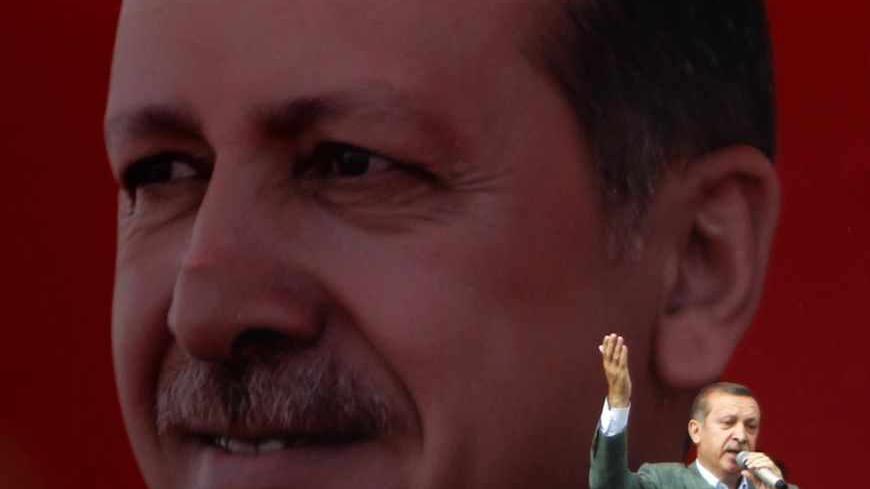 As this article is being written, on June 22, 2013, Turkey appears to be relatively calm when compared to previous weeks. It is therefore time to attempt a general overview of the colossal damage the Gezi Park uprising has inflicted upon Prime Minister Recep Tayyip Erdogan and his government.

What is tragic for Erdogan is that this social explosion was caused by wrong decisions that he personally made and did not deviate from.

The Gezi Park resistance has already caused some serious consequences. More could follow, depending on the future moves of political and social actors.

Starting with those whose final ramifications depend on how the actors act, we can put "the peace process with the Kurds” at the top of the list. At the moment, the PKK is gradually withdrawing its armed elements from Turkey to their bases in Iraqi Kurdistan. As this process moves along, the PKK is expecting Ankara to take some steps in the context of confidence-building measures.

Some of these measures pertain directly to the democratization of Turkey, such as expanding freedoms of press and expression, abolishing restrictions on freedom to organize, guaranteeing the right of assembly and demonstration, and lowering the 10% election threshold (which doesn’t exist in any democratic country).

One hard fact: a government that is determined to suppress the societal opposition that emerged from the Gezi Park protests with an uncompromising and authoritarian approach cannot take these steps. And if these steps are not taken, the peace process with the Kurds cannot advance. The Kurdish movement, within the framework of confidence-building measures, also demanded the release of 5000 to 7000 Kurdish activists who were imprisoned on charges of belonging to the KCK [Union of Kurdish Communities], although they were not involved in any violent actions. No concrete, satisfactory steps have been taken on this issue.

Beyond democratization, constitutional amendments required for the resolution of Kurdish issues have been indefinitely suspended.

On June 19, the PKK’s military leader and head of the KCK Executive Council Murat Karayilan, in a statement to Firat News Agency, close to the PKK, enumerated his concerns about the Turkish government’s attitude.

According to Karayilan, as the PKK is withdrawing from Turkey, new outposts are being constructed for the Turkish army in the region and the pro-government Kurdish militias paid by the state are being reinforced instead of being retired. These could only be preparations for war, he said.

Karayilan added: “As guns have been silenced and it is agreed now is time for clashes of opinions and politics, shouldn’t the state and the government open the paths of politics? Shouldn’t Kurdish politics be liberated? They must be. But a large majority of Kurdish political cadres are still in prisons. Those who will do the politics will stay in dungeons, and guerrillas will withdraw. What do they want to do?”

Karayilan called on the AKP government to take the necessary steps urgently. “If those steps are not taken, we can’t move ahead on one leg. If the state doesn’t take these steps, the process will be clogged.’’

Let’s assume the AKP government doesn’t take those urgent steps and the process is truly blocked. What will happen then? Will clashes resume?

In Karayilan's long statement there was no insinuation or hidden threat that they could revert to their guns. That wasn’t a coincidence.

On May 30, a day before the police attacked a few hundred protestors at Taksim Gezi Park and set off a social explosion of accumulated anger against Erdogan, three parliamentary members of the pro-Kurdish Peace and Democracy party [BDP] met a group of a columnists at a Taksim hotel. Sirri Sureyya Onder, Altan Tan and Meral Danis Bestas said the gun no longer an option for the Kurdish movement.

For example, Altan Tan said, “Let’s say that the AKP did not keep its promise. The alternative is not to take up arms again but for the Kurdish political movement to restructure itself. It would require reaching out to religious Kurds and to secure the support of liberals.’’

Sirri Sureyya Onder, whose name became symbolic during the Gezi Park resistance when he stood in front of construction machinery to prevent the removal of trees, is also one of the few BDP parliamentarians who have been meeting Abdullah Ocalan at his special prison on the Imrali Island. Onder said, ‘’Ocalan has expunged 'armed struggle' from his lexicon. If the AKP doesn’t keep its word, the sanction is not armed struggle but societal opposition."

In light of all this we can safely say that Prime Minister Erdogan has no workable option other than a full democratization. If he chooses any other option, Turkey will witness significant challenges of different kinds. Let’s assume that, despite all these positive messages about unarmed politics, Erdogan still doesn’t take the expected steps and the Kurdish movement again resorts to guns because of some unexpected field conditions. One result of this will be the destabilization of Turkey before the 2014 local administration and presidential elections. Extremely negative repercussions of such a regression would be inevitable, especially considering the Syrian crisis next door.

And let's assume that Erdogan did not take the required steps but the Kurdish movement firmly rejected a return to guns.

Here I want to make a connection to the Gezi Park experiment. A laboratory experiment of how an unarmed and non-violent Kurdish movement could contribute positively to democratic societal opposition in Turkey was carried out during the Gezi park protests. The first results of the experiment were promising. Unorganized "90s generation” youth, angered by Erdogan’s policies and style, took to streets to defend their freedoms and pitched their tents alongside the tents of groups including the Kemalists, who had grievances with Turkish government and politics. One the biggest tents belonged to the BDP. Over the BDP tent, visible from most parts of Taksim, there were Ocalan flags. For 15 days, the Ocalan-adorned BDP tents and Kurds shared Gezi Park with Kemalists without any incidents.

On Sunday, June 9, at a major rally in Taksim then controlled by the protestors, BDP people were in front of the rostrum with the Ocalan flags. Ocalan saluted the Gezi protest with a message he sent from Imrali prison.

A group of people, probably Kemalist or opposition CHP supporters who don’t like Ocalan but who were definitely not part of the Gezi protestors, protested for a short time the display of Ocalan flags, chanting slogans of “Apo out’ [Apo is the popular name for Abdullah Ocalan]. In the past, Kurds used to respond to such slogans in Kurdish with ‘’Biji Serok Apo” [”Long live Leader Apo”], but this time they didn’t respond and kept quiet. The protestors stopped after 10 minutes but did not leave the rally area. Thus, the first contact ended without any incidents.

BDP did not organize rallies to support the Gezi Park protests in the majority-Kurdish populated provinces so as not to annoy the AKP government, but they participated in Istanbul protests. The message behind this was that they will continue with the peace process but will also take their place in Turkish societal opposition. We owe the BDP's participation in the Gezi resistance without any unpleasant incidents to an atmosphere of non-hostility since December and no fatalities among the soldiers and PKK militants.

Urbanized, modern and secular middle classes in Turkey's west and the Kurds are natural allies when the subject is democratization. If the non-hostility holds, they will better understand each other.

The Gezi Park experiment is only a beginning.

Should Erdogan opt for more rigid authoritarianism instead of democratization and the Kurds don’t take up arms, he may soon find himself facing a much wider and stronger societal opposition.

This is why he has to comprehend that his only option is democratization.