Erdogan is confronting the very international forces that have helped him to consolidate his rule and expand Turkey’s reach across the region. 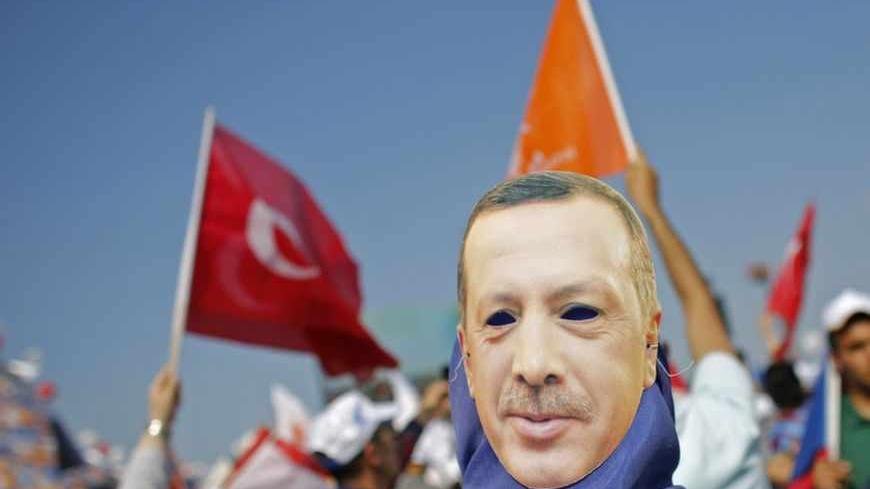 A supporter wears a mask of Turkish Prime Minister Tayyip Erdogan during a rally of the ruling AKP in Istanbul, June 16, 2013. - REUTERS/Murad Sezer

If we are to believe Turkish Prime Minister Recep Tayyip Erdogan, the culprits for the mass protests that have rocked his country for over two weeks are "the interest-rate lobby," "foreign hands," and their domestic "collaborators." Some of his supporters have even better ones: the intelligence agents of Britain, France, Iran, Israel, Russia, Syria and the United States.

How spies from such a diverse group of countries agreed to, and succeeded in, destabilizing Turkey so easily and so quickly, we do not know.

But Prime Minister Erdogan’s turn to conspiracy theories reveals a strange paradox: Since he came to power more than 10 years ago, his top priority has been to improve relations with both global investors and foreign nations. The successes of Erdogan’s Justice and Development Party (AKP) in the last decade — boosting the economy, elevating Turkey’s global prestige and taking the military out of politics — have all been achieved partly because of international support.

To be sure, this is not to dismiss Erdogan’s domestic constituents. Indeed, without the prime minister’s appeal to broad segments of Turkish society, the AKP could not have withstood the storms of the past 10 years. At any rate, it was not foreigners but the citizens of Turkey who voted the AKP into power and kept it there.

But without the $123.7 billion in foreign investment that Turkey attracted in the last 10 years, it is doubtful whether the economy could have grown as it did. Without Western backing in the crucial 2007-2008 period, when a military coup and the AKP’s shutdown by the Constitutional Court were real possibilities, it is doubtful whether democracy in Turkey would have survived.

Hence the paradox in the prime minister’s conspiracy theories: He is confronting the very international forces that have helped him to consolidate his rule and expand Turkey’s reach across the region.

So why is Prime Minister Erdogan spewing such oddities?

Well, simply put, nothing stops him from doing so. After all, there is no alternative to the AKP. The main opposition party, the secular Republican People’s Party (CHP), is still uncertain whether it wants to stay as the Kemalist old guard or refashion itself as a European-style social democratic party and appeal to a wider audience. Likewise, the Nationalist Movement Party (MHP) is too wary of Western-style democracy and the free market. Meanwhile, the Peace and Democracy Party (BDP) is narrowly focused on the Kurds. The opposition parties’ inability to attract the protesters to their own ranks, coupled with the prime minister’s appeal to traditional xenophobia, ensures that the AKP will remain unchallenged in the short run.

International actors are aware of this fact. That is precisely why they have kept a low profile in criticizing the brutality of the Turkish police in quelling the protests. The toughest statements, which were actually mild, have come from German Chancellor Angela Merkel and the European Parliament. Prime Minister Erdogan effortlessly dismissed them.

Of course, the biggest paradox of all is this: Any serious pressure from the international community on Erdogan would serve his agenda. If the US Congress were to issue a tough resolution against the Turkish government or if the European Union were to suspend Turkey’s accession talks for membership, the prime minister would get the perfect evidence to prove the alleged "foreign hand" in the current unrest. That would allow him to further cement his hold on his base.

It is not too hard to see that such a dynamic would not have positive repercussions for Turkey in the near future.

Barın Kayaoglu, a visiting fellow in International Security Studies at Yale University, is finishing his doctorate in history at the University of Virginia. On Twitter: @barinkayaoglu and Facebook: BarınKayaoglu.com