In Israeli hospitals, Jewish and Arab patients are treated equally — and even save each other's lives. 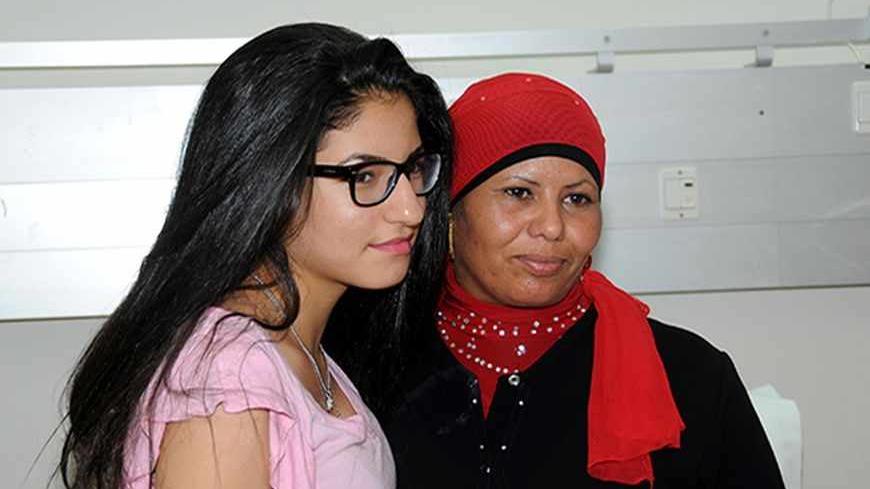 "If you look for a light at the end of the tunnel, you'll find it in Israeli hospitals," Zeev Rotstein, the director of Sheba Hospital at Tel Hashomer, once told me. "A bridge to peace is being built right before our eyes. Its foundations should no doubt run deeper and its columns be shored up. But the fact remains that hospital wards turn people who were just shy of death into lifelong ambassadors, ambassadors of coexistence."

Indeed, in the corridors of Israeli hospitals, almost on a daily basis and away from the media, human stories are woven. Stories that can only be found there — on the fine line between life and death, where all preconceived notions, prejudice and hatred are set aside. Here are a few of the tales that have unfolded since the beginning of this month at Israeli hospitals.

At the Rambam Medical Center in Haifa, 32-year-old Muhammad Aqrat from Haifa and 57-year-old David Ben-Yair from the nearby suburbs lay side by side. Muhammad's wife donated a kidney to Ben-Yair, and in return for the noble act that saved his life, Ben-Yair's son donated a kidney to Muhammad.

In the medical world, this is called a crossover transplantation. When the blood types of the patients in need of a transplant do not match those of family members willing to donate an organ, doctors search a database shared between all the hospitals. In the case of Aqrat and Ben-Yair, it was discovered that their relatives matched each other, and a cross kidney transplant was possible. When doctors suggested the procedure to Aqrat and Ben-Yair, they both agreed with no hesitation.

"Destiny brought us together. We bonded in body and spirit," Ben-Yair said after the operation. An excited Aqrat added, "We're now inseparable. Truly like a family."

Sarit and Avi Naor, an ultra-Orthodox couple from Ramleh, lost their three-year-old, Noam, when he fell out of the window at home and was pronounced brain-dead at Sheba hospital. In Israel, organ donation among the ultra-Orthodox is not common. Yet the parents were told that donating their son's kidney would save a 10-year-old Palestinian who had been on dialysis for seven years. They, too, didn't hesitate a second.

"It doesn't matter where he comes from and who he is," they explained. "We would like to help others, for they are human beings."

The third story took place at Soroka hospital in Beer Sheba, where 38-year-old Efrat Cohen from the town of Kiryat Malachi passed away as a result of a cerebral hemorrhage. Her husband, Benny, and their three children decided to donate her organs. The person given new life thanks to Cohen's kidney is Malika Jama'in from Hura, a small Bedouin town in the Negev. Malika had been suffering from terminal renal insufficiency for ten years. Efrat's husband arrived with the children to see Malika Jama'in bid farewell to the dialysis machine that had been her companion for so many years and go back to normalcy.

"Efrat's death caught us unprepared. To this day, we still can't process this. We took the first step to donate her organs, almost with no second thoughts. Those who knew Efrat know how charming, kindhearted and giving she was," Benny said with great emotion. "I'm sure that that's what she would have wanted us to do."

In the photo distributed by Soroka hospital, Roni, the deceased's daughter, is seen sitting close to kidney transplantee Malika Jamai'n. There's no need to gild that lily.

Let's go back to Rotstein. At the end of December 2008, in the midst of Operation Cast Lead, the director of the Sheba Medical Center addressed a fundraiser in Switzerland, saying:

"The state of Israel, my homeland, and the Sheba Medical Center, my home, are topping the headlines at this time. In the past three days, Israel has been striking Hamas objectives in Gaza, as a result of which it has unintentionally inflicted great suffering to many Palestinians. It was only this morning that the Sheba Medical Center took in Israeli citizens from the south of the country who had been hit by Hamas missiles as well as Palestinians from the Gaza Strip who had been wounded in the fighting. Among them was a terrorist … We also took in dozens of Palestinian children from Gaza suffering from cardiac diseases and cancer."

Rotstein concluded his address with, "Our medical center is an island of sanity in a turbulent sea of violence and hopelessness. We give Israelis, Palestinians and the entire region hope."

Rotstein is correct. In a region where demonization, racism and hatred dominate the scene, it seems that the bonds created in the hospital wards between the people walking the fine line of life and death are indeed the light at the end of the tunnel.