Israeli Doctors Fight to Save Palestinian Child in Hebron

The Israeli medical staff of Tel Hashomer Hospital is fighting for the life of a 6-month-old Palestinian infant abandoned by her parents. 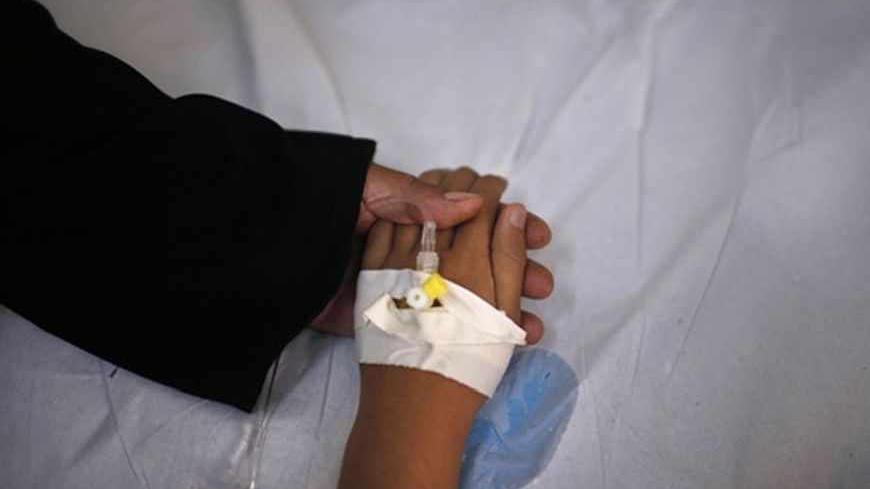 This is the story of a 6-month-old Palestinian infant from Hebron who suffers from a genetic illness, but whose parents refuse to save her. Like all the other staff members at the Safra Pediatric Hospital in Tel Hashomer, the story has left Dr. Raz Somech of the Department of Hemato-Oncology with many sleepless nights. What causes parents to give up on their child, even when the doctors believe that she can be saved?

I documented Somech’s daily struggle to save lives three years ago in the documentary "Precious Life," which was shot in the hospital’s bone marrow transplant ward. Back then, Somech was fighting for the life of Muhammad Abu Mustafa, a 4-month-old Palestinian infant from the Gaza Strip, who was dying from a genetic illness which caused him a failing immune system. Children with the same disease that Muhammad had are often called “bubble boys,” because in the past they were routinely kept in a plastic bubble to isolate them from viruses and germs that could kill them. Two of Muhammad’s sisters had already died from the same hereditary disease, and none of the doctors who were familiar with the family’s tragic genetic history gave him even the slightest chance to survive.

Somech disagreed, and Muhammad’s story had a happy ending. He is alive today because of a bone marrow donation from a cousin. Two weeks from now, he’ll be entering first grade.

Now, in that very same ward, doctors are fighting for the life of a 6-month-old infant from Hebron. Her parents refuse to cooperate, and have effectively sentenced her to death. She suffers from the same genetic disease — the lack of an immune system in her body — which is common among children born to parents who are close relatives. She also had siblings who died of the illness, but her parents — like Muhammad’s parents — continued bringing children into the world, knowing full well how likely it was that they would have a sick child who would suffer an agonizing death.

Hundreds of children have passed through Safra Hospital’s Hemato-Oncology Ward. Cancer-stricken children from the West Bank and Gaza have always been treated there alongside children from Israel. Coexistence in peace and harmony really exists in this hospital ward, where the most important thing that everyone has in common is an overwhelming desire to live, and the only enemy is the illness itself. All that is needed is to find a matching bone marrow donor, usually a family member, and to do the transplant. Then, there is a bitter battle between the ailing child’s body and the transplanted cells, but if the donor really is a good match, the chances of the patient’s recovery are usually very high.

This past Ramadan the hospital noticed that the infant’s parents had stopped cooperating with the doctors treating their daughter. Somech pleaded with them to bring in their healthy children, to see if they were a possible match for a transplant, but they refused. Every effort by the medical staff to appeal to their emotions failed. “Look at what big eyes your daughter has! She is your daughter. She wants to live,” Somech told the mother, but she still refused. Other staff members at the hospital tried to use Islam to help convince the parents, telling them that there was no bigger sin than robbing a life, especially during the holy month of Ramadan. The mother was convinced at first. She spent several days back at the hospital sitting beside her ailing daughter’s bed. Once the fast was over, however, she abandoned the child and went back to Hebron.

Meanwhile, blood samples from the infant’s brothers and sisters have reached the hospital. Of the parents’ eight children, three girls were found to be a match for a bone marrow transplant that could save the life of their ailing sister. But the parents refuse to bring them to the hospital to continue the process. What causes parents to sentence their infant daughter to death? She is, after all, their own flesh and blood. What causes them to bring her to an Israeli hospital and give up on her as soon as they hear that she can be healed? No one in the hospital has come up with an explanation that makes the slightest bit of sense.

We will not disclose the infant's name. At first, I thought of publishing her name, but if she does survive and lives it would be best for her not to find out that her parents abandoned her. This, even though the hospital said that the only way to save her now is to put pressure on her parents to cooperate.

During his long struggle to save the life of Muhammad Abu Mustafa, during the many hours and days when it seemed like there was little chance that they could actually save his life, Somech used to tell everyone that he was completely confident that Muhammad would live. “It will be OK,” he used to say, to calm everyone down and fill them with hope, and in the end it actually happened. “I don’t know if we’ll find her a donor or how,” he now says, “but deep inside I feel like she’ll win. She has a strong drive to live.”

But what will the hospital do with an infant nobody wants? Who will take care of her if she needs to go through a long rehabilitation process? “First, we have to fight for her survival. After that, we’ll worry about what happens next,” says Somech. Sometimes there are good fights, too.