There is hope that the Geneva II conference can help stem Syria's bloodshed. 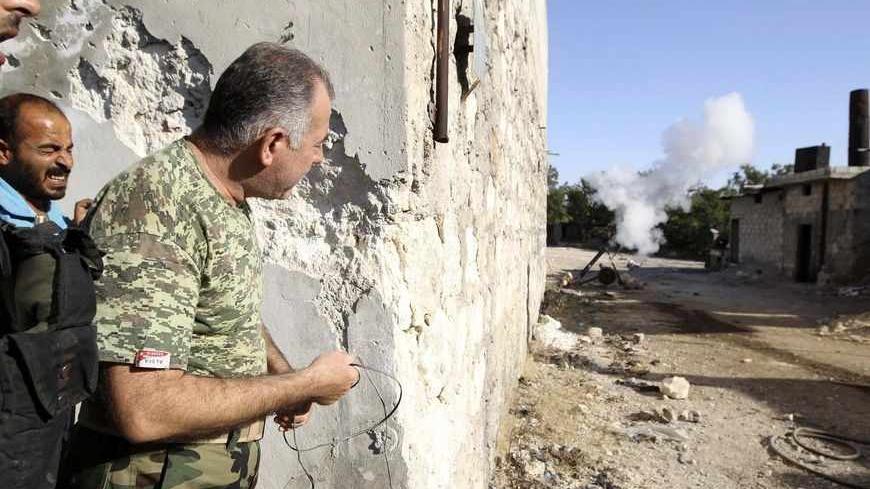 Col. Abdul-Jabbar al-Aqidi, commander of the rebels’ Military Council in Aleppo, launches a mortar shell at the front line in the Sakhour neighborhood of Aleppo, June 21, 2013. - REUTERS/Muzaffar Salman

People ask why the United States is reticent in supporting the rebels in Syria. The United States has been reluctant in arming the opposition from the outset of the conflict, in contrast with the firm support of the Russian Federation to the Assad regime.

I think the answer may be found in the priority given by the Obama administration to the policy of reducing the nuclear arsenal with the Russian Federation. This policy takes into account the fact that Russia, while no longer the superpower the Soviet Union was, considers safeguarding its interests in Syria as the projection of it being a major power.

Hence the United States, and as Secretary Kerry has indicated, is seeking to ensure an acceptable transition formula while gradually increasing measures of military support to the rebels. The administration has not, so far, yielded to the increasing calls by some senators, such as John McCain, to fully arm the rebels, raising its concerns about certain elements of the opposition.  If Geneva II is to take place, this relative reticence on the part of the United States might contribute to a breakthrough that can ensure a cease-fire and a transition formula, simply because all the bridges between Washington and Moscow are not burned yet.

While this preliminary analysis provides a measure of optimism — and although it might be considered by skeptics as wishful thinking — I do believe that a relatively successful outcome can be achieved. This should be the priority of all those attending the meeting, as too much Syrian blood has been spilled and it high time to put an end to this tragedy.