Geneva II Is Just a Start for Syria

What are the conditions for the success of the Geneva II conference? 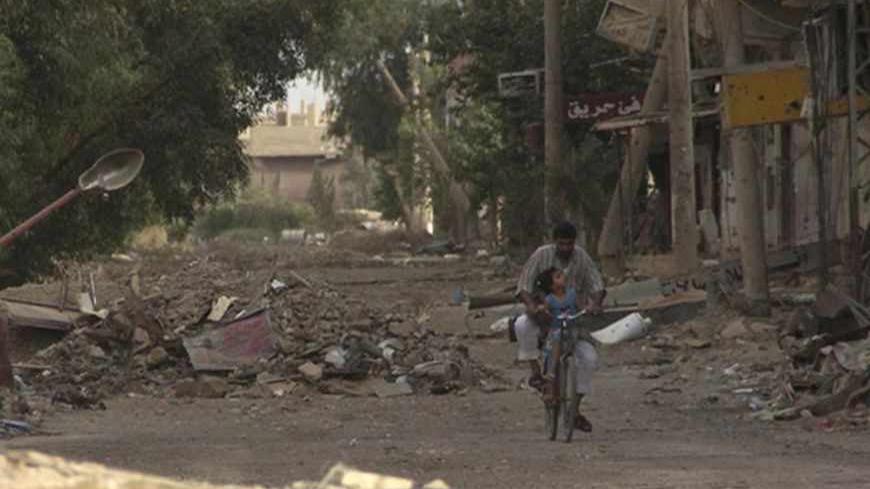 A man rides a bicycle with a child along a damaged street full of debris in Deir al-Zor, May 19, 2013. - REUTERS/Khalil Ashawi

The great optimism that came the day after the meeting between Russian President Vladimir Putin and US Secretary of State John Kerry on the fast track to the Geneva II conference has settled down.

If the dual commitment to launch Geneva II is still there as the solemn — yet very difficult — way to end the conflict in Syria, what is still needed to overcome the basic obstacles for a serious and credible takeoff?

First, the issue of incuding Iran as the only key and influential country whose participation is controversial. Should this be viewed as part of the problem as the United States and its allies consider it, and thus be left out with its strong nuisance capacity? Or should it be brought into the process as being part of the solution, as Russia and its friends insist?

Should the Syrian matter be a facilitator for an Iranian-Western cooperation that could help settle yet another Iranian issue pertaining its nuclear policy and its regional role? Or should the logic of confrontation over Syria prevail over everything else?

Any credible attempt at settling the Syrian crisis necessitates the adoption of a concert of approaches by influential nations to the crisis. Not an easy or guaranteed way to settle the crisis but the only realistic way to guarantee having a good chance of settling it.

The structure of the conference could be shaped in a creative way to find a place for all concerned and influential actors to meet a necessary criterion: inclusiveness.

Second, the composition of the opposition delegation. Despite the predominant role and importance of the Syrian National Coalition externally, and the great support it has from international and regional actors, it cannot pretend to be the sole representative of the opposition.

There are important groups that exist inside and outside Syria that are not in the coalition and have to be represented to bestow the greatest representativeness and legitimacy on the opposition delegation. The criteria of inclusiveness is very important for a successful outcome of the negotiations process.

The Syrian Free Army has to be well-represented to also enable it to face up — not only militarily but also politically — to the Jabhat al-Nusra and its radical allies.

A main criteria for the success of the launching phase is to be credible and able to deliver representation of both the regime and the opposition.

Third, the future of Syrian President Bashar al-Assad cannot be decided ahead of the process. He will not be involved directly in the process but it is the outcome of the transitional process that will decide on his fate. It is already understood, even from a realistic perspective, that the aim of the process is not to make cosmetic changes but substantial transformative ones; changes that will make for a different regime for all Syrians but that will not endanger the state of Syria. The credibility of the  negotiators, who are partners in the transitional body, is necessary for a successful outcome.

Fourth, the control of the security and military organs must be fully in the hands of the transitional body; this is a main criterion for a credible peaceful process for change.

Fifth, the launching day of the conference should not be held hostage to an entirely respected cease-fire. Yet, a serious credible progress in the work of the transitional body cannot be achieved unless a cease-fire is gradually implemented within the takeoff phase, or in a short time frame.

The conference should not be a one-time session, it is a process that could be adjourned various times but it should remain continuous until the conflict is settled. The external actors should continue to meet, accompany, facilitate and guarantee the implementation of the outcome of the decisions by the transitional body. A time frame must be set and respected in order to avoid the pitfall of an open-ended process.

It is a tall order to make a new Syria for all Syrians and for all components of Syrian society. Failure should not be allowed because it will mean a disintegrated society and a fragmented state, the effect of which will spread beyond the country's borders.