The participants of the International Support Group for Lebanon have a collective goal of maintaining stability in Lebanon, despite their individual opinions and policies on the Syrian crisis. 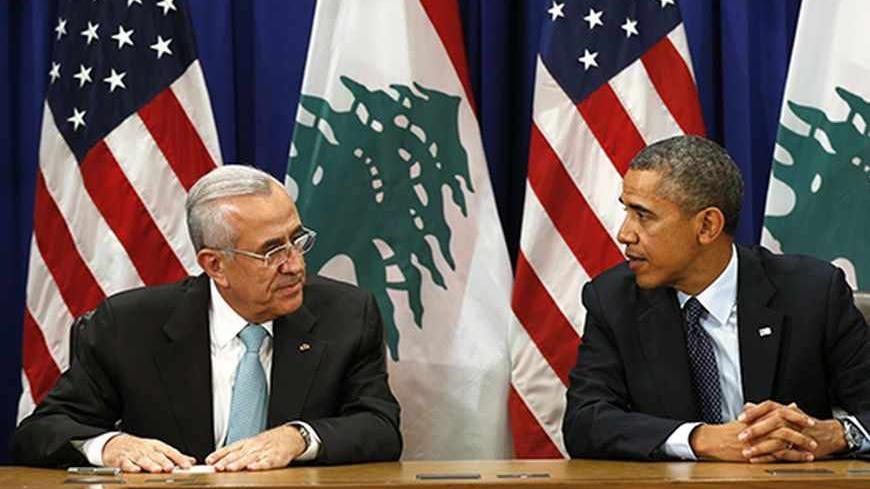 The convening of the International Support Group for Lebanon is by itself a firm message by all its participants — despite their varying opinions on Syria — to provide a collective protective and diplomatic umbrella to shield Lebanon from the potential spillover of the Syrian crisis.

It is definitely something difficult to uphold because of the escalated Lebanese involvement in the Syrian crisis: the fight in Syria and the fight over Syria, through different means of the March 8 and March 14 coalitions. The conflict has a strong sectarian Sunni-Shiite dimension and threatens the country's national fabric.

The group — which includes the UN and its relevant specialized agencies, the EU, the Arab League and the five permanent members of the UN Security Council — carries a commitment to providing Lebanon with more than necessary aid.

The aim is to successfully deal with the costs and implications of the increasing number of Syrian refugees and its impact on all levels of the Lebanese economy, society and security. It is also a commitment to provide aid to the Lebanese government to consolidate state institutions and strengthen the capabilities of the Lebanese army.

The group's communique provides support to the Baabda Declaration, issued by the National Dialogue Committee on June 11, 2012 . The aim is to provide direct support to the detachment policy founded on the Baabda Declaration, particularly on the question of non-intervention in Syria. The latter is currently the source of controversy in terms of the commitment of different Lebanese actors, which explains their behavior toward the Syrian crisis.

The International Support Group for Lebanon will not be a onetime event. It is supposed to launch a process of different kinds of meetings in which other states will join. It is supposed to underline a permanent ongoing and firm commitment to shielding Lebanon from the repercussions of the Syrian crisis, while consolidating the Lebanese polity via different means. What adds strength and credibility to this position is the fact that it has the backing of international friends and allies of both the Syrian regime and opposition.

It is important to note that if there is a major spillover at any point from the Syrian crisis into Lebanon, it will not only endanger an already vulnerable torn-apart country, but it will at the same time further complicate an already complicated Syrian crisis. Thus, one can argue that Lebanon’s peace is upheld from outside the country.

It is the work of concerned and influential actors who share the anxiety and the need to contain the Syrian crisis within Syria's national borders, despite their different approaches and objectives about Syria's future. It is equally important that the participating international actors invite their regional friends — who are also fighting over Syria — to join in supporting the group's declaration.

Then, it remains up to the concerned Lebanese parties to meet this rare external consensus on preserving and consolidating Lebanon’s stability, despite their different political and strategic agendas on Syria. It is a must to avoid seeing the country travel — yet again — down a very risky road; one of civil conflict leading to political anarchy and threatening its territorial integrity and national fabric once more.