US Secretary of State John Kerry’s efforts to jump start negotiations for a final status agreement instead of a more feasible interim agreement might prove dangerous should he fail. 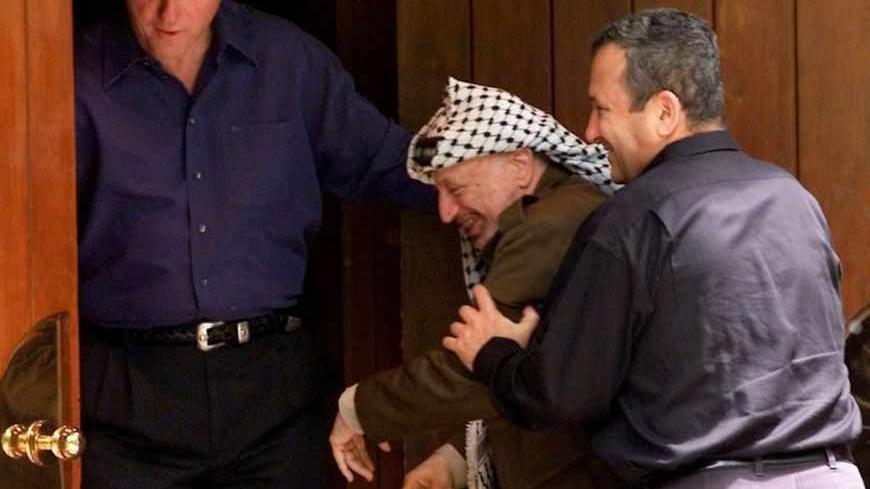 The peace conference convened in Camp David in July 2000, almost 13 years ago, was intended to bring the long-awaited end to the conflict between Israel and the Palestinians.

Then-Israeli Prime Minister Ehud Barak was the major initiator and instigator of this event, which was practically forced on late PLO leader Yasser Arafat. Then-US President Bill Clinton wasn’t too enthusiastic about it either, but he could not resist the passionate persuasiveness of indomitable Ehud Barak.

Just let me get into the same room as Arafat, and everything will work out, he said, while crassly ignoring a long list of warnings that he had received well in advance: The Palestinians are not ready yet, the Arab world isn’t involved, the Arab League isn’t backing the effort, President Mubarak’s Egypt isn’t applying any pressure, a step like this must be prepared with the greatest of care and planned cautiously to account for the most extreme scenarios in case the conference blows up (i.e., a fallback position). The list goes on.

But Barak stuck to his guns. He wanted Camp David. The photograph taken at the start of the conference is memorable. It shows Barak and Arafat squabbling at the door over who will forever bear the mark of Cain by going in first. Arafat tells Barak to be the first to go in, and Barak tells Arafat the same thing. They actually start to get physical, but then Barak simply pushes Arafat inside, and the two of them disappear into the dark. Cut.

No arrangement was reached by the end of Camp David. The second intifada — the "bloody intifada" — erupted just a few months later. More than a thousand innocent Israelis were killed, as were more than 3,000 Palestinians. Israel’s large and powerful peace camp collapsed. It has yet to recover from the trauma. The Palestinians lost any trace of humanity when they sent squadrons of suicide bombers to blow themselves up among Israeli women and children. The fragile trust between the parties was obliterated, and the Oslo process came to an abrupt halt. Its scattered pieces still litter the region.

The current efforts of US Secretary of State John Kerry to renew negotiations between the parties are starting to resemble the summer of 2000. This time, however, it is the Americans who are the instigators behind the process. The Palestinians maintain the same position: perpetual rejectionists. Israel, however, has changed its position.

Unlike Barak, who put everything he had into that push for the initial contact, Prime Minister Benjamin Netanyahu is far less enthusiastic. He is much less of a believer. He is much more of a skeptic. Nevertheless, he also realizes that the need to launch some kind of diplomatic process is increasingly urgent, if only for the sake of protocol.

With all due respect to protocol, this could be a very dangerous game. Let’s assume that Kerry does manage to restart the negotiations. Is there a single sane person in the region who believes that Palestinian Chairman Abu Mazen and Netanyahu can reach a final status arrangement?

Former Prime Minister Ehud Olmert is still waiting for Abu Mazen to respond to his dream offer, which included 97% of the territory, the partition of Jerusalem, and the return of tens of thousands of refugees. Abu Mazen was unable to respond even to that proposal, although it is doubtful that it would have had majority support in Israel.

What will happen once Abu Mazen realizes that Netanyahu can barely give him half of that? Does the secretary of state have an alternative plan in the event that the negotiations do resume, only to hit a bump and explode several months later? Can Kerry guarantee the two parties that such a dead end won’t lead to yet another deadly paroxysm? Shouldn’t we learn from recent history?

As reported here in Al-Monitor just a few weeks ago, Abu Mazen has recently tempered his terms for the renewal of negotiations. He previously had two preconditions: a freeze on construction in the settlements, and a declaration that the “1967 borders are the basis for negotiations.” Now he is prepared to accept only one of those. And Netanyahu gets to pick which one.

Furthermore, he is asking for the release of those prisoners sentenced before the Oslo Accords. But Netanyahu is unable to freeze construction (the most he could do is implement a “quiet” freeze in those areas beyond the Separation Fence), and he is incapable of getting the words “1967 borders” out of his mouth. As an alternative, one of the Likud’s ministers was sent this week, June 27, to leak to the Israeli daily Haaretz that Netanyahu is "prepared to withdraw from most of the West Bank in exchange for security.” This leak was intended to goad Abu Mazen and to score him points with Kerry.

The outline currently under discussion consists of a series of meetings between Abu Mazen and Netanyahu. Kerry is supposed to participate in most of them. The demand that Kerry be there comes from Netanyahu, whose trust of Abu Mazen tends toward zero. Netanyahu wants the responsible American adult in the room so that later, once it all falls apart, he will have an alibi. The goal is that these meetings reestablish the trust between these two leaders and create some platform or other with which to continue the talks.

The problem is that neither one of these two men has any serious amount of credit with his respective public. As prime minister, Netanyahu is at a low point in his career. His own Likud Party betrays him on a daily basis. Almost all positions of power in the Likud are held by extremists like Deputy Defense Minister Danny Danon, who was recently elected chairperson of the Likud Convention. Meanwhile, Abu Mazen is president of only half the Palestinian people, his term expired long ago, there are no new elections on the horizon, there is no reconciliation with Hamas, and there is no prime minister either since the resignation of the highly-regarded Salam Fayyad.

The hope is that current circumstances will transform Abu Mazen and Netanyahu into real leaders, the kind of leaders who lead from the front, take the initiative, act boldly and do not look back.

Focusing for a moment on Netanyahu, both the Americans and a significant sector of the Israeli public expect him to turn into another former Prime Minister Ariel Sharon. That legendary former leader of the Likud decided to withdraw from the Gaza Strip and evacuate dozens of settlements without having his own party behind him. Once he realized that the Likud would not provide him with the backing he needed, he picked up and left the party, shattering it to pieces. He then went on to found Kadima party, which won the next elections (even without him, after he suffered a stroke during the campaign).

Is the “Sharonization” of Netanyahu possible? Most experts would say no. What has characterized Netanyahu until now is his survival instinct. All he cares about is remaining prime minister. If he reaches the conclusion that by advancing some accord or other he could remain in office, it is very possible that he would muster up the courage and do it. On the other hand, the step itself runs counter to his very character.

There is no scientific way to assess Netanyahu’s behavior, which is usually characterized by his succumbing to threats and weighing all the various phobias running rampant within him at any given moment. The more logical assessment is that both Netanyahu and Abu Mazen are simply trying to improve their positions for “the day after.” They want to make sure that they come out ahead in the blame game that will inevitably ensue once the talks fail. Bibi needs Kerry in the room for this reason. It is also why Abu Mazen has agreed to forgo one of his two preconditions.

The really fascinating question is why Kerry remains locked in the paradigms of the past, instead of trying to break the cycle and create new circumstances. Since there is no chance of reaching agreement between the leaders over the core issues in this conflict, it would be better to break the final status arrangement down into something smaller. They could go after an interim agreement, find some creative name for it, convince Abu Mazen that these are actually comprehensive negotiations leading to a final status arrangement, announce a timetable, provide the appropriate guarantees, and try to make some progress.

The parties in the Middle East are certainly world-class experts in all matters pertaining to their ability to deceive themselves. Abu Mazen and Netanyahu could tell themselves some convenient story or another, as long as it remains possible to keep the flame alive, stabilize the region, and start resolving problems, working up from the easiest ones to the most difficult.

The danger is that by the time Kerry finally comes to these conclusions, it will already be too late.

In the meantime, he’ll keep trying. All that is left for us to do is to admire the perseverance, determination and aptitude of the US Secretary of State. He is acting practically on his own, with a very limited staff. Even officials in the State Department are excluded from what is happening. President Barack Obama watches from a safe distance with binoculars, never daring to dip his toes into this simmering stew. And rightly so. Meanwhile we, who are caught swimming in it, are praying for a miracle.