Abu Mazen is not a weak leader as so many tend to claim, Ben Caspit writes; it's Israel that's been suffering from weak leadership ever since the days of the late Prime Minister Yitzhak Rabin. 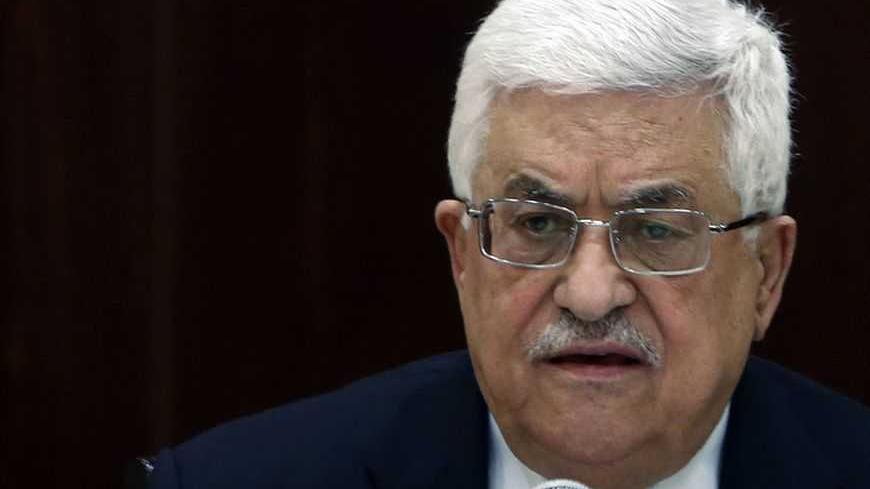 The theory is that if we were to look for the most common expression used to describe Palestinian Authority Chairman Abu Mazen, “weak leader” would undoubtedly be at the top of the list. Ever since that day when former Prime Minister Ariel Sharon called him a hatchling whose feathers haven’t sprouted yet, we’ve been hearing the same refrain: “Abu Mazen is weak.”

Either he’s too weak to control the territories under his authority, or too weak to enter into real negotiations with Israel. Nor can we ever forget how his conspicuous weakness allowed Hamas to seize control of the Gaza Strip and gather it up into its own nest, like some abandoned egg. Abu Mazen’s weakness will always be there, right in front of us, allowing us to blame him for one thing or another. “It’s not us; it’s him,” regardless of what happens. He’s such a weakling after all.

When we take a closer look at his biography, however, one simple conclusion seems unavoidable: Abu Mazen is the strongest weak leader imaginable.

In fact, Abu Mazen has been there longer than just about anybody else. In 1980, he was in charge of the PLO’s foreign affairs. In 1988, Arafat appointed him to oversee the “struggle in the Territories” (the First Intifada had just begun). In 1993, he and former Palestinian Chairman Abu Alaa were the architects of the Oslo Accords, and his negotiations with Yossi Beilin in 1995 resulted in the Beilin-Abu Mazen Agreement (how we long for agreements like that now!). The following year he became chairman of the Executive Committee of the PLO, and in 2003, Arafat, who was dying, appointed him prime minister. Two years later, Abu Mazen won the Palestinian election and became chairman of the Palestinian Authority, a position he has somehow managed to hold on to until this very day. He has been in that position for eight straight years, regardless of whether there were elections or not. Show me an Israeli leader who has spent the same amount of time in power.

And here’s one more thing to consider. Abu Mazen did all this without ever enjoying any real popularity among the Palestinian public.

He was never very charismatic, and he was never able to stir up the masses with his speeches. And even more important than all of that, is the fact that Abu Mazen attained this status and reached these positions while maintaining his unambiguous and bold opposition to all forms of terrorism and violence as part of the Palestinian national resistance. The Second Intifada swept up the entire region in a maelstrom of blood and violence and showed us the kind of atrocities that humanity can commit.

Ever since that Intifada started, however, Abu Mazen was one of very few leaders to express firm opposition to the path that former Palestinian Chairman Yasser Arafat had taken the Palestinian people, and he expressed his opposition publicly, in his own voice. Not only was he extremely critical of Arafat, but he said what he did even when those sentiments were particularly unpopular among the various parties and factions that make up the Palestinian terrorist organizations. He spoke out even when what he said posed a very real danger to him personally, and to his chances of reaching the pinnacle of leadership.

He was stubborn, and in the end, his own approach gained momentum and emerged as the mainstream approach of the Palestinians living in Judea and Samaria, i.e., the West Bank: Yes to an international political struggle; no to terrorism. A decade ago, if anyone would have even suggested that the situation in the West Bank would be like this in 2013, no one would have believed them. Back then, deadly street gangs roved throughout the West Bank, suicide bombers were blowing themselves up one after another, and every Palestinian family had its own tiny arsenal of weapons and explosives hidden in its yard. Those were turbulent times, and there seemed to be no end in sight.

Abu Mazen turned this all around, together with Palestinian Prime Minister Salam Fayyad, and gave that reality the ignominious burial, which it deserved. They succeeded in building an official, governmental infrastructure in the West Bank, and they built it out of nothing. They took control of the territory, disbanded the gangs, and instituted law and order. They built courts and prisons, established a bureaucracy, and calmed the overall atmosphere. What they did, effectively, was transform the West Bank into a place where people could live, and they did it while making noticeable improvements to the local economy. Anyone who was there in 2001 and 2002, anyone who can compare Jenin, which was then the “City of Suicide Bombers” to the Jenin of today, or the casbah [Old City] of Nablus of then to the casbah of Nablus of now, knows that it takes a strong man to do all these things. A weak man would never have succeeded.

Nevertheless, we keep hearing that same refrain of “Abu Mazen is a weakling” echoing across the Middle East and, in fact, throughout the entire world. The fact that Abu Mazen managed to create a stable and authoritative Palestinian entity, that he has maintained his position and enjoys legitimacy with the entire international community, and that he has survived at the pinnacle of the Palestinian leadership for a generation has done nothing to alter this refrain.

Right now it is being fed mainly by the fear of a Third Intifada, a fear that has increased over the past few months because of tensions in the Territories, the harsh economic situations, and the dim prospects for a peace agreement on the horizon.

“Abu Mazen is weak,” the naysayers say, “so he won’t be able to prevent a Third Intifada from erupting.” No one bothers to look back a few years and consider that the last Intifada broke out under Yasser Arafat who, as the unchallenged leader of the Palestinian people, was undoubtedly a very strong leader. That Intifada broke out right in his backyard, and there was nothing he could do to stop it. Instead, he was forced to recognize the beast and ride it toward ultimate devastation.

With Abu Mazen all that would be a sign of weakness. This apparent weakness is compounded by statements from the other side, which has prevented any real negotiations with the Palestinians for the past four years. Abu Mazen is weak, so he is incapable of bringing about a peace agreement. He even avoided giving his consent to former Prime Minister Ehud Olmert’s far-reaching proposals. There is no reason to invest in him. He is not the person on whom we can hang our hopes. He will always disappoint us at the last minute. He will always slip away. He will always disappear.

There’s actually quite a bit of truth in that statement. Abu Mazen really did avoid giving Olmert a positive answer, and that holds true right up until now. True, the Palestinian people will never get a better offer, and it seems to me that Abu Mazen knows this. But still, he hesitates. What, then, can we conclude from all of the facts listed above? It’s really quite simple: Abu Mazen isn’t weak. He’s a serious, stable, genuine leader, who has chosen a clear path forward: He is opposed to terrorism and fights against it, he is a dangerous rival in the international arena, and he will challenge Israel’s legitimacy at every opportunity. He is for negotiations, but within the confines of clearly defined parameters that are acceptable to the international community. Yes, he can lead his people to the trough, but can he force them to drink from it? Is he able to sign a final deal to end the conflict? It is very possible that he isn’t, but on the other hand, he is a legitimate partner.

Just as Abu Mazen will never get a better offer than Olmert’s, Israel will never get a better partner than Abu Mazen. The quicker the two sides realize this, the better off they both will be. Meanwhile Israel must stick with Abu Mazen. It must prop him up, instead of complaining about how weak he is. That longstanding Israeli farce of confiscating Palestinian taxes, only to release them in a panic later (when they realize that this tax money is supposed to pay the salaries of the Palestinian policemen who are supposed to be fighting terrorism), will not survive much longer.

Beyond everything that was said here, one thing is absolutely certain: It isn’t Abu Mazen who is weak. It is the Israeli leadership, which has no idea what it wants, and which has been suffering from weak leadership ever since the days of [late] Prime Minister Yitzhak Rabin.