Israelis and Palestinians have negotiated one interim arrangement after another, but a final-status agreement has yet to be reached, writes Akiva Eldar. 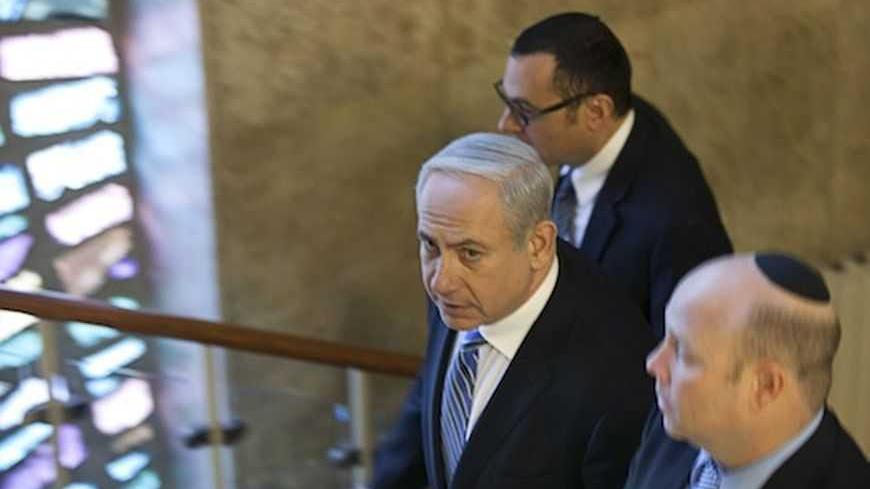 The director of one of the top UN agencies operating in the West Bank told me of a fascinating conversation he had with a senior IDF officer. “Do you know the difference between Areas A, B and C?” the officer asked. “Of course”, the director responded, citing published details of the 1995 Interim Agreement [between Israel and the Palestinians, also known as Oslo II). “Area A is a region under the complete control of the Palestinian Authority, Area B is under Israeli military control and Palestinian civilian control, and Area C is Israel’s responsibility. This applies until a permanent arrangement is reached.” The Israeli officer smiled and answered the foreign diplomat: “You’re wrong. A is for Arafat, B is for balagan [mess] and C (which covers 60% of the West Bank area, including all of the Jordan Valley, A.E.) is Chelanu [Hebrew for “ours”].

He wasn’t kidding. The words of the Israeli officer fully reflect the Israeli establishment’s attitude toward the Interim Agreement.

The traditional concern of the Israelis over Palestinian willingness to accept Israel’s existence in the region, nurtured by Arafat’s old “Phased Plan”, convinced the Israelis that a permanent arrangement with the Palestinians is only temporary. At the same time, the wave of settlement construction during the whole interim period taught the Palestinians that there are no greater experts than Israelis in turning the provisional into permanent.

This game of mirrors between the temporary and the permanent is the reason that for decades Israelis and Palestinians have been going from one interim arrangement to another, with short intervals in-between for barren negotiations over a permanent arrangement.

What is [the meaning of] that term reiterated over and over, especially in advance of meetings with US presidents? What is that interim arrangement? And why, given the reality of the Israeli-Palestinian conflict, is the interim arrangement actually the only permanent one?

The term “transitional arrangement” first appeared in our region with the signing of the Camp David Accords between Egypt’s President Anwar Sadat and Israeli Prime Minister Menachem Begin in September 1978. The sides agreed that “in order to ensure a peaceful and orderly transfer of authority, and taking into account the security concerns of all the parties, there should be transitional arrangements for the West Bank and Gaza for a period not exceeding five years”. It was further agreed that negotiations over a  permanent arrangement in the West Bank and Gaza would be based on UN [Security Council] Resolution 242 (a withdrawal from the territories, or from territories captured in June 1967, to secure and recognizable borders). At that time, the settlers numbered fewer than 8,000 (these data exclude the Jewish neighborhoods across the Green Line in East Jerusalem).

Instead of taking advantage of the five years provided by the interim arrangement in order to establish a Palestinian autonomy and to conduct final status negotiations, the sides used this time to plan terror attacks, to expand settlements and to wage a bloody war in Lebanon.

It was only in December 1988, after Yasser Arafat fled from Beirut to Tunis, that the PLO decided to adopt Resolution 242 and to exchange its armed struggle for diplomatic negotiations. But by then, the number of settlers had reached 50,000.

Five additional years later, in the First Oslo Accord (Declaration of Principles) signed at the White House in September 1993 between the [Prime Minister] Yitzhak Rabin and [Palestinian Authority Chairperson] Yasser Arafat, it was agreed that “the aim of the Israeli-Palestinian negotiations within the current Middle East peace process is, among other things, to establish a Palestinian Interim Self-Government Authority”.

Once again, the interim stage, during which negotiations over a permanent agreement were to be conducted, was limited to no more than five years. The agreement stressed that “the two parties agree that the outcome of the permanent status negotiations should not be prejudiced or preempted by agreements reached for the interim period”.

Both sides also reiterated their mutual commitment to immediate and effective action against acts or threats of terror, violence or incitement. Palestinian terrorism and settler violence, which peaked with the [1994] Hebron massacre and the [1995] Rabin assassination, led to the postponement of final status talks.

The next interim agreement (the Wye River Memorandum) was signed at the White House by Prime Minister Benjamin Netanyahu and the Chairperson of the Palestinian Authority Arafat at the end of October 1998. Both leaders committed to “immediately resume permanent status negotiations on an accelerated basis” and to make “a determined effort” to reach an agreement by May 4th, 1999. In accordance with the terms of the Interim Agreement, they pledged not to initiate any change in the status of the territories. The Palestinians also pledged a “zero tolerance policy” toward terrorism.

A little less than a year later, Prime Minister Ehud Barak signed an additional document – the Sharm el-Sheikh Memorandum, in which both sides committed to “reaching a framework final status agreement” by February 2000 and to signing a comprehensive permanent status agreement leading to implementation of Resolution 242 by September of that year. At that time housing starts in the settlements reached an all-time high (4,700 units).

The unsuccessful attempt by then Prime Minister Ehud Barak and late Palestinian Chairperson Yasser Arafat to reach a final-status agreement ended when a violent Intifada erupted – the second Intifada. This Second Intifada gave birth in June 2002 to the “Bush Vision”, as detailed in the 2003 “Road Map” [for Israeli-Palestinian peace], which in turn was translated in November of that year into Security Council Resolution 1515 (despite the objections of the Sharon government). This time it was clearly stated that negotiations would be aimed at establishment of a Palestinian state and a permanent agreement ending the occupation begun in 1967 and terminating the Israeli-Palestinian conflict. The target date was set at the time for the end of 2005. Meanwhile, since the previous agreement, despite the fact that the Road Map called for a total freeze on construction in the settlements (including construction to provide for “natural growth”), the settler population continued to grow.

In November 2007, in the town of Annapolis near Washington, another interim agreement was born. This time the blissful parents were Prime Minister Ehud Olmert and the President of the Palestinian Authority, Mahmoud Abbas. The godfather, President Bush, announced to the world that the two had agreed to begin immediate, ongoing and continuous negotiations for the establishment of a Palestinian state. This time, too, the agreement was provided with an ambitious timetable: a permanent agreement within one year. The President noted that both sides had pledged to immediately implement their commitments to the Road Map and that the United States would monitor implementation of their promises.

In September 2011, 18 years after the launch of the Oslo Accord, Abu Mazen decided to try his luck at the UN and asked that Palestine be recognized as a member state. At the last minute, in order to avoid a crisis, the Quartet (the United States, Russia, the European Union and the UN) proposed a plan for resumption of diplomatic negotiations with a limited and ambitious timetable, of course: Israel and the Palestinian Authority were asked to resume direct negotiations within a month, to present proposals regarding borders and security within three months and to reach a final agreement by the end of 2012. Needless to say, this did not happen.

All the above mentioned temporary arrangements did not bring the two people any nearer to a permanent arrangement. On the other hand, they proved that given the realities of the Middle East conflict, a temporary arrangement is a dangerous arrangement. Proof of this can be found in the deaths of 1,500 Israelis during those years of interim arrangements, a third of them in suicide bombings, and of some 5,000 Palestinians. During that “temporary” period, the settlements turned into permanent fixtures. Suffice it to say that in the two decades since the signing of the Oslo Agreement, the number of settlers has more than tripled (from 110,000 to 350,000).

It is thus no wonder that the Palestinians, as well as the Israeli peace camp, “break out in a rash” each time they hear the words “interim arrangement” or “temporary arrangement” or any other variation on the theme.

During the coalition talks, Netanyahu expressed doubt about the prospects of reaching a permanent arrangement, but hinted at his willingness to pledge that if he is proven wrong, he will submit such an agreement to the people for a referendum. Abu Mazen, too, has promised more than once to present any final status agreement for approval of the Palestinian people.

I believe that in order for this to happen, the order between the temporary and the permanent must be reversed; we must start with the permanent. First, one must agree on permanent borders, based on the 1967 lines with an exchange of land and security arrangements, and only then to set (temporary) milestones along the way and a reasonable timetable for implementation. There, at the final stage, a meeting can be held with heads of the Arab League to sign peace and normalization accords based on the Arab peace initiative.

But beforehand, some way must be found to bridge the gap between those who suspect that anything permanent will become temporary – and those who fear that the temporary will become lasting.