Turkey’s secular and democratic identity should not be compromised for religious orthodoxy. 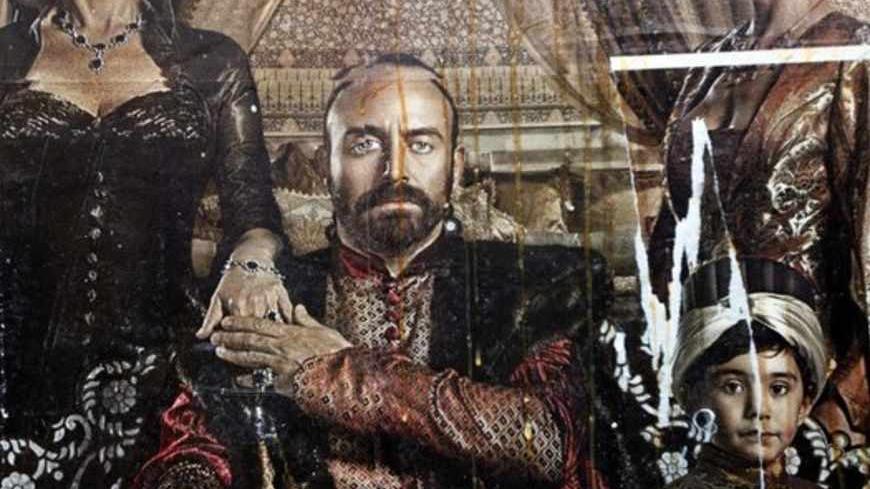 A billboard advertising the TV series "The Magnificent Century" is seen after being damaged by eggs thrown by pro-Islamic protesters in Istanbul, Jan. 9, 2011. - REUTERS/Murad Sezer

Turkey is a secular republic, according to its Constitution. This means religion and state must be kept apart. It also means the state has to remain equidistant to all faiths, or lack thereof, and to protect the liberties enshrined in the international agreements the country is party to, if it is to be true to its claim of being a genuine democracy.

In the past, insulting the founder of the republic, Mustafa Kemal Ataturk, could land you in jail. In the same way, lifestyles contrary to Kemalist paradigms were shunned by the ruling elite with scant regard to freedom of conscience. For example, religious women were legally prevented from going to university or working in state jobs because of their headscarves. But the tables are turning in Turkey.

Previously the law was used to protect secular idols. Today it is being used to protect religion and its idols. The basic instinct to restrict freedom of expression, when the subject matter is considered sacrosanct, remains. Under the rule of the Justice and Development Party (AKP), freedom of expression is being increasingly restricted in the name of “protecting Islam and the Prophet Muhammad.”

The latest victim is Sevan Nisanyan, the outspoken Turkish writer and intellectual of Armenian origin. Nisanyan is known for his biting tongue, which is common among Turkish writers and intellectuals, whether they are secularists or Islamists. He wrote tauntingly in his blog last year: “Making fun of an Arab leader who claimed he contacted Allah hundreds of years ago and received political, financial and sexual benefits is not hate speech. … It is an almost kindergarten-level test of what is called freedom of expression.”

The prosecutor brought charges against him for “insulting the religious beliefs held by a section of the society” and Nisanyan received a 58-week prison sentence from an Istanbul court on May 22. The court could not say he had blasphemed since this would be out of tune with Turkey’s claim to be a secular democracy. But he had blasphemed in the eyes of those who charged and convicted him.

Some may think Nisanyan’s Armenian ethnicity, a difficult identity to carry in Turkey at the best of times, is the reason he was hounded. But his case is not unique. The world renowned Turkish pianist, Fazil Say, was also convicted recently for “insulting the religious beliefs held by a section of the society.”

Say received a suspended 10-month prison sentence for re-tweeting words attributed to Omar Khayyam, the Persian philosopher, mathematician, astronomer and poet, who allegedly said: “You say its rivers will flow in wine. Is the Garden of Eden a drinking house? You say you will give two houris (angels) to each Muslim. Is the Garden of Eden a whorehouse?”

Such remarks have no chance of going down well in a predominantly Islamic and conservative country like Turkey, of course, despite its democratic aspirations. Turkish society has not attained the social maturity yet that would enable it to shun such remarks while tolerating them, to protect the freedom of expression.

Europe also had cases in recent history where religious sensibilities were ruffled. The Catholic reaction to the film “The Last Temptation of Christ” is an example that springs to mind. Whatever the reactions, though, freedom of expression was upheld. If Turkey is a secular democracy in the European mold, the same should be happening here.

In other words the state should not only protect Nisanyan’s right of free expression, no matter how unsavory his remarks may be for some, but also protect him from attacks that may result from his exercise of this freedom. That,however, is a pipe dream for today’s Turkey. It was so in the past, too, when the “sacred” entities and beliefs of the time, which had nothing to do with religion, were protected with religious zeal.

In other words, the institutionalized culture of intolerance is alive in Turkey. It is also beginning to show itself in other ways. Take the highly restrictive legislation the government is working on for the sale and consumption of alcohol. If passed, those who have a taste for a pre-meal aperitif or a glass of wine during a dinner out will find it very difficult to believe they live in a secular republic.

Those behind this legislation are shrouding it in arguments about “protecting youth” and “public safety” and using European examples to bolster their claims. But the zeal with which the campaign against alcohol is being conducted — in a country where alcohol consumption is below international averages — with the prime minister, Erdogan, throwing his full weight behind the campaign, has secular Turks wondering where their country is headed.

Turkey, however, is a heterogeneous country with great diversity. This will ensure that such bans ultimately fail, regardless of what legislation is introduced. Turks also have the right to appeal to the European Court of Human Rights, which Nisanyan says he will do. No doubt Say, whose case like Nisanyan’s has been appealed in Turkey, will do the same if his freedom of expression is not respected in his own country.

The only thing the Nisanyan and Say cases, as well as draconian restrictions on alcohol consumption, will achieve in the end is to add grist to the mill of those who argue the AKP has a secret Islamist agenda, thus casting a dark shadow over Turkey’s democratic credentials. Other initiatives, such as banning red lipstick for hostesses on Turkish Airlines, and trying to put them in what are considered to be more modest uniforms, are already the subject of much criticism at home and abroad.

Meanwhile Ayse Kulin, Turkey’s best-selling author of historical novels, created a storm recently after saying during a television interview on the Turkish HaberTurk channel that Islam has to change.

“Islam cannot continue as it is. It is giving the impression of being a terrorist organization. When someone writes a book or makes a rude caricature, the reaction is too much. If the man has written a book, then don’t read it. Why try to kill him? The Quran has to be reinterpreted. Many concepts have lost their original meaning. The essence is gone,” Kulin said to subsequent howls, bordering on threats, from Islamist quarters.

Kulin, however, was only expressing what a growing number of secular Turks believe. She is therefore the harbinger of a looming clash of civilizations within Turkey, which will also have regional significance.

In the meantime, we know from the America of the 1920s that prohibition driven by religious zeal increases, not reduces, alcohol consumption as well as related criminal activity. We also read about alcohol consumption in Iran, not to mention prostitution and drug abuse, despite heavy penalties. One does not need the wisdom of a Khayyam to know that forbidden fruit is always sweeter. There is no reason why the Islamic world should be an exception to the rule.