Why is Turkish writer Sevan Nisanyan in jail?

The outspoken Armenian writer is the only Turkish citizen jailed for "construction infractions." 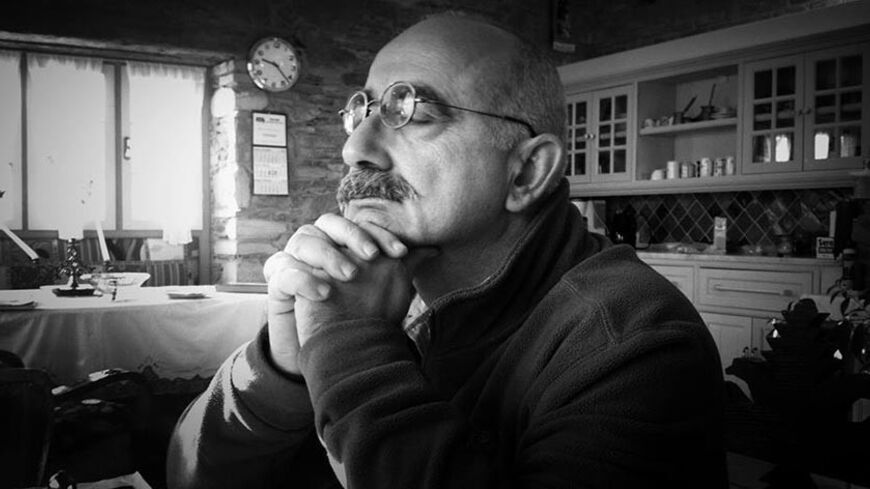 Sevan Nisanyan, a Turkish citizen of Armenian origin born in 1956, is currently in prison for "construction infractions." Picture posted on Dec. 27, 2013. - Facebook/Sevan Nisanyan

Sevan Nisanyan, a Turkish citizen of Armenian origin born in 1956, is without doubt one of the most colorful personalities in Turkish intellectual life. In the book Wrong Republic, he wrote about questioning the “Ataturk taboo” in Turkey, arousing the anger of secular-nationalist Turks. He outraged religious circles with his criticism of Muslim beliefs, has infuriated feminists and leftists and never hesitates to speak bluntly about the Armenian genocide.

Nisanyan is now in the first month of a two-year prison term in Torbali, Izmir province. Ostensibly, Nisanyan is in prison not for his contrarian views or identity, but because of "construction infractions." Is this really the case? Why did only Nisanyan end up in jail for building in an enviroment of rampant illegal construction? Is his jail term really to punish his contrarian views?

This all began in 1995, when Nisanyan moved to the village of Sirince, near the Selcuk township, in Izmir province. It was a small village no one had heard of before Nisanyan moved in and began to fix the roads, restore the crumbling houses and open small, charming bed and breakfasts.

Today, however, according to figures provided by Nisanyan’s ex-wife, Mujde Tonbekici, Sirince has become a major destination, attracting some 600,000 to 800,000 foreign and local tourists a year. Shortly after settling in Sirince, Nisanyan won the hearts of the local population with his contributions to the village. But all the construction and restoration work encountered serious bureaucratic barriers, and in 2001, he was sentenced to 10 months in jail for construction-related infractions.

As a result, Nisanyan has been sentenced to a two-year prison term for installing a small, 40-square-meter (430.5-square-foot) shed on his own land. Dozens of cases have been brought against Nisanyan for unpermitted maintenance, repair and construction. If all of these cases end in prison terms, Nisanyan could well spend the rest of his life in jail.

Nisanyan's former wife spoke about the process that led to Nisanyan being in prison: “Sirince is a restricted construction zone. That is why you can’t build what you want. This is fine. But in the law, there is a clause that says the government has to issue transition-period construction regulations until the final construction-zoning plan is made. This is to allow you to construct legally. But look, it has been 30 years, and we still don’t have the transition-period guidelines or the final construction plan. We ran into big problems because of that. We couldn’t carry out our construction. We visited the government agency in charge 50 times, but couldn’t get the permits. Sevan, being a man who can’t sit idle, went after them persistently, but at the end declared, 'That's it,' and started to build.”

Nisanyan thinks the real targets of his prison sentence are his identity and opinions. He was bitter and angry before he went to prison. He expressed his sentiments to Turkish journalist Hasan Cemal: “All my life — with my books, with my work in the village — I tried to do something good for the people. What did I get in return? From the state, I always got suspicion, enmity and despotism. I always had to deal with ethnic and political prejudices, with disrespect and contempt. Five governments, eight sub-governors — [I] don’t know how many ministers and governors changed. Every once in a while, we get a couple of decent people and high hopes. But in the end, nothing changes.”

Nisanyan was more blunt in an earlier interview with Agos, expressing his views about the true motivation behind his prison sentence: “It is obvious that the fact that I am Armenian plays a role in this process. In Turkey, anyone who goes out of the box is punished, even if your last name is [that of a] 'true Turk.' If you do something out of the box, you get punished. On top of that, if you are Armenian, your punishment is magnified.”

There are many who think that Nisanyan was sentenced to prison not because of construction infractions, but because of his views that defy a number of taboos in Turkey. A local and international petition campaign for his release states the following:

Sevan Nisanyan is being punished for doing illegal construction on his own land in Turkey, which is a haven for illegal construction, and is now incarcerated at Izmir-Torbali prison, since Jan. 2. Moreover, instead of being awarded a Nobel Prize for architecture for what he created in Sirince, he faces about 50 years of prison terms for 17 cases brought against him. In fact, everybody knows that the case against Sevan Nisanyan has nothing to do with construction infractions. He is being punished for his history and literary work challenging the official ideology.

Another petition campaign asserts that the real reason for Nisanyan’s prison term are his views on Islam:

We denounce the injustice of … years of prison terms slapped on Sevan Nisanyan for a village tenement he built on his own land. The sentence given to Sevan Nisanyan, who turned Sirince into a paradise of culture and tourism in our country, which is a nirvana for illegal construction and crooked urbanization, is unjust and disgraceful. We don’t believe that the heavy and unjust imprisonment of Nisan Sevanyan is because of construction regulations, when another trial has been going on for 13 and a half months' imprisonment for saying that satirical and denigrating expressions about Islam in a country with a Muslim majority can’t be a hate crime. The sentence handed to Nisanyan is a disgrace that should rattle our conscience and cast shadows on hopes for freedom of thought.

In short, there is a sizeable group in Turkey that thinks Nisanyan’s going to prison has nothing to do with infractions of construction regulations.

The corruption investigations launched against the government (that are not going anywhere because of heavy pressure) have revealed illegally issued construction permits amounting to millions of dollars in Istanbul, making it a tragicomedy that an Armenian who built a small shed on his own land ends up in prison. It is a reality that one must think hard about to understand Turkey.