The 10-month suspended prison sentence of pianist Fazil Say on grounds of his (re)tweets is the signal for an introduction of a new taboo called “Sunni Islam” in Turkey, writes Kadri Gursel. 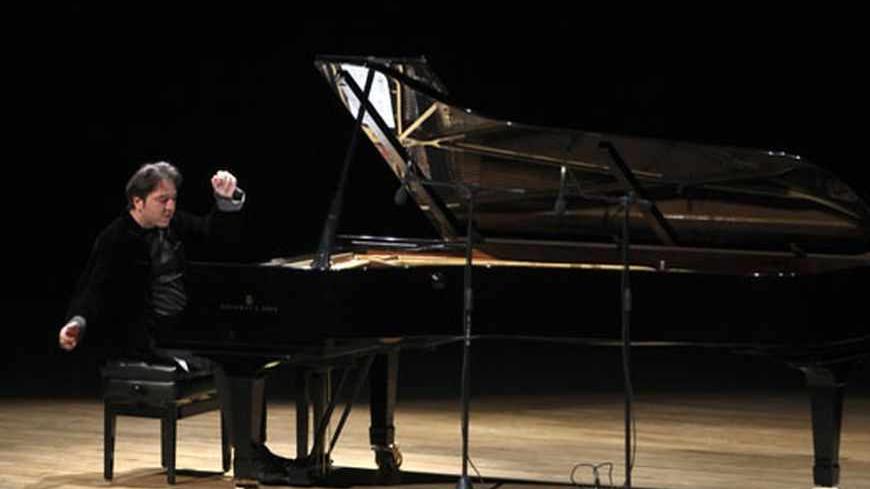 No doubt that the decision of a Turkish court passing a 10-month suspended prison term on world famous Turkish pianist Fazil Say for “insulting religion and as such committing an act conducive to disrupting the public peace” with his tweets and retweets a year ago is a heavy blow to freedom of expression in Turkey.

But if we confine our reaction only to heavy damage inflicted on “freedom of expression” and by extension to democracy, we will be missing out on the political and ideological context of the court’s opinion and the objective behind it.

The court’s opinion on Fazil Say is directly related to the process of regime change in Turkey. The Justice and Development Party (AKP), which is the new alliance of the conservative bourgeoisie and neo-Islamist political class, has won the struggle for power against the secularist, military and bureaucratic tutelage forces who see themselves as guardians of the former Kemalist Republic, and has also consolidated its control of the judiciary. Prime Minister Recep Tayyip Erdogan's AKP is now using the extensive power it has accumulated with the support of the Sunni conservative public segment to impose its political culture on the entire population. And they are doing that with an authoritarian approach.

The authoritarian political culture of former Turkey had its peculiar taboos reinforced by judicial rulings and judgments passed. “Turkism” and “Ataturk” were totally made untouchable by judicial opinions. Soldiers were feared. There was practically a ban on speaking about the Kurdish issue and the Armenian genocide. None of this prevails anymore.

Now, no one has to get permission from the minister of justice to investigate charges of “insulting Turkism.” Ataturk is not protected by the judiciary anymore. Nothing happens to anyone who says he was a dictator. Kurdish and Armenian issues have long ceased to be a taboo. The new Turkey is moving forward to bring a political solution to the Kurdish issue.

But all these developments do not mean that Turkey is free of its taboos. New taboos are introduced and the judicial rulings are playing a part in the evolution of these taboos, just as the opinion rendered against Fazil Say.

Before dwelling on the new taboo under construction with the opinion expounding on the 10-month suspended prison term against the pianist, let’s recall the tweets that, according to the court, constitute a crime.

Fazil Say did not write the following tweet, he simply retweeted it: “I am not sure if you have noticed, but where there is a louse, a non-entity, a low life, thief or idiot, they are all pro-Allah [Islamists]. Is this a paradox?” The court did not punish the original writer but the pianist. This tweet did not target religious people but was actually a satire on how weak people portray themselves as religious to acquire power and benefits from the Islamist government.

In this tweet, Fazil Say was having fun with a muezzin whose call for the evening prayer was unbearable: “The muezzin recited the evening prayer in 22 seconds. Pretissimo con fuca!!! What is your hurry? A lover? Raki [a Turkish liqueur flavored with aniseed]?”

Fazil Say’s tweet of a stanza attributed, controversially, to poet Omar Khayyam who lived in Iran in the 11th century was also a crime according to the court: “You say that the rivers flow with wine, is Heaven a tavern? You say that you will give every believer two very beautiful women, is Heaven a brothel?”

The Turkish court sentenced the pianist basing itself on article 216/3 of the Turkish penal code. The article says: “The person who openly denigrated religious values adopted by a segment of the public will be sentenced to a 6- to 12-month prison term if that act is conducive to disrupting public peace.”

As can be seen, to facilitate passing of a sentence that stipulates “an act conducive to disrupting public peace” was included in the article.

The goal of the court decision is not to protect public peace but to build and reinforce a new taboo of this country. This taboo is “Sunni Islam religiosity.”

It is clear, however, that the court’s real concern is to inhibit the debate on religious concepts. In supporting the ruling, the court stresses that the susceptibility of these tweets to disrupt public peace actually incorporates an abstract threat and the court did not have to wait for that threat to become a fact before sentencing.

These expressions are proof that freedom of thought and expression as well as the future of democracy in Turkey is now put on a very perilous path by the judiciary.

It means that from now on the judiciary is allowed to apply abstract and subjective assessments to any public debate of religiosity and religion, and ban such debates by declaring them to be “conducive to disrupting public peace."

Some may find Fazil Say’s tweets shocking, disruptive or aggressive. But none of these are contrary to the spirit of freedom of expression when what is challenged are dominant values and concepts.

The red lines drawn in Turkey with this judicial decision declares “Sunni Islam religiosity” to be immune from criticism.

It is not possible to aver that the judiciary has done its duty of protecting minority beliefs and trends from crimes of hatred deriving its power from the majority.