Syria’s sectarian conflict is spilling over into Turkey’s Alevi community. 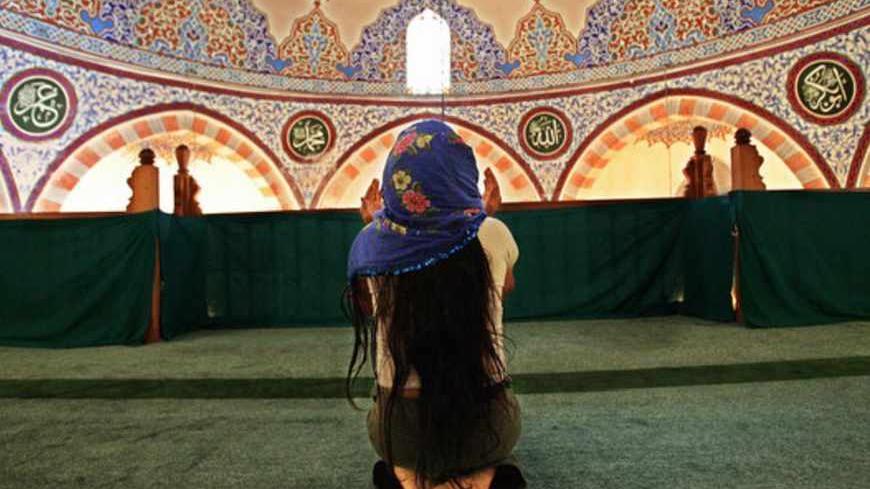 An Alevi woman prays in the women's part of the mosque in Hacibektash Aug. 15, 2005. - TARIK TINAZAY/AFP/Getty Images

A legal complaint lodged recently by a Turkish citizen reveals some intriguing details about a book that contains serious hate speech against Alevis.

The book, the title of which translates as The True Face of Batinites and Qarmatians, refers to Alevis as “perverts” who “consider the illicit to be licit.” It has been in circulation since 1948.

Undoubtedly, books containing such hate speech could make their way to printing houses in any country. But the details Turan Eser included in his complaint offer intriguing insight into Turkish realities.

The book’s first edition was printed by none other than the Religious Affairs Directorate (RAD), which, according to the constitution, must be impartial toward all citizens but in fact serves only Sunnis, paying the salaries of all 133,000 imams in mosques across Turkey. More recent editions have been printed by a private publishing house, Sebil.

In the preface of the first edition, then-RAD Chairman Ahmed Hamdi Akseki summarizes the myths circulating about Alevis in Turkey.

“Their remnants continue to exist today. In Iraq, they are called Qaramita and Mazdakiyya because, just like Mazdak in Sassanid times, they say that property and women are to be shared and cannot be in anyone’s ownership and possession. In Khorasan, they are known as Talimiyya and Melahide as well as Maymuniyya after Qarmat’s brother Maymun. In Egypt, they are called Ubeidiyyun after the famous Ubeid, while in Damascus they take the names of Nusayri, Druze and Tayamine. They are known as Baha’is in Palestine, as Bohra and Ismailis in India, as Yamiyya in Yemen, as Alevis in Kurdistan, as Bektashi and Qizilbash among Turks, and as Babiyye in Persia,” Akseki writes.

The book describes Alevis as “ill-intentioned and diabolical,” and says that “marriages with them are not permissible; they are worse heretics even than Jews and Christians since eating the meat they cook is forbidden.”

Alevis are then portrayed as people indulging in sexual debauchery: “When dark falls in the evening, glasses start to make the rounds and heads heat up. As flesh begins to crave, all members of that accursed sect bring in their wives. Entering from all doors, the women join the men, blow out the candles and grab whoever they come across first.”

It is a matter of great interest how the Turkish judiciary will handle this case of hate speech, just weeks after musician Fazil Say and writer Sevan Nisanyan received jail sentences for insulting the religious values of Sunnis in Turkey.

It is, of course, impossible to directly blame the Justice and Development Party (AKP) for such a book still being printed. But undoubtedly, the government holds the primary responsibility for the fact that no step has been taken to resolve the “Alevi problem” in Turkey.

Discriminatory practices against Alevis continue unabated by both the government and RAD. Before anything else, RAD — funded by taxes collected from all Turkish citizens, including the Alevis — provides services for the Sunnis alone.

The government and RAD refuse to recognize the Alevi houses of worship — the cemevis — as such, because the official view in Turkey is that Alevis are Muslim and the mosque is the only house of worship in Islam.

The rulings of the European Court of Human Rights (ECHR) in cases that Alevis have brought and won against Turkey on grounds of discrimination are not being implemented.

Sinan Isik, for instance, had complained over the denial of his request to have the word “Alevi” written in the religion section on his ID card. The ECHR subsequently ruled that the religion section on ID cards violated freedom of conscience. As a result, Turkey was supposed to remove that section from ID cards, but this has not been done.

Similarly, in a case filed by Alevi citizen Hasan Zengin, the ECHR condemned Turkey on grounds that religion classes in schools teach only Sunni Islam and that Alevi students are barred from seeking exemption from those classes. The government has made no move to scrap the compulsory religion classes in line with the ruling.

In the reforms the government has so far introduced, the “Alevi problem” has benefited the least. The government has been less tolerant toward demands for the recognition of Alevi identity and freedom of worship even when compared to its attitude towards non-Muslim minorities.

Certain moves in recent years have seriously alienated the Alevis. In the past two years, for instance, the government has denied Alevis permission to hold commemorations for the terrible Alevi massacre in Maras province on Dec. 19-26, 1978.

It is crystal clear that Alevis feel increasingly ostracized by a government that refuses to recognize their houses of worship, is reluctant to make satisfactory amendments in line with ECHR rulings, bars them from even commemorating the atrocities they have suffered, and — on top of everything — is pursuing a pro-Sunni foreign policy.

It goes without saying that in the eyes of Alevis, the government’s Syria policy is in no way irrelevant to the situation described above. Given this background, the lines of Rober Koptas in Agos weekly make perfect sense: “The impact of the Syrian war on [the border province of] Hatay is embodied in the anxiety of the Nusayri [Alawite/Alevi] population in the area and their not-so-tolerant attitude toward refugees fleeing to Turkey. Its reflection in domestic politics comes in the form of a conviction, especially in secularist quarters, that the AKP supports the jihadists in Syria. Anatolian Alevis, in turn, perceive this as another manifestation of Sunni cruelty, even though they have no profound cultural bonds with Arab Alawites, or Nusayris.”

With the AKP making no effort to find a solution, the Alevi problem is likely to deepen in parallel to the Syrian crisis, and new areas of social conflict are likely to emerge as a result.

As Koptas says, if the government “continues to resist a fair and peaceful solution to Alevi problems, the Syrian quagmire could drown Turkey, pulling it by its Alevi rein. The crisis sparked by the Kurdish problem yesterday could be rekindled by the Alevi problem tomorrow, and an all-encompassing spiral of violence could take the country hostage for who knows how many years.”