The Airstrikes in Syria: Winners and Losers

A week has passed since the airstrikes in Syria, making it a good time to take stock of the situation from Israeli, Syrian, Hezbollah and Iranian perspectives, writes Yoav Limor. 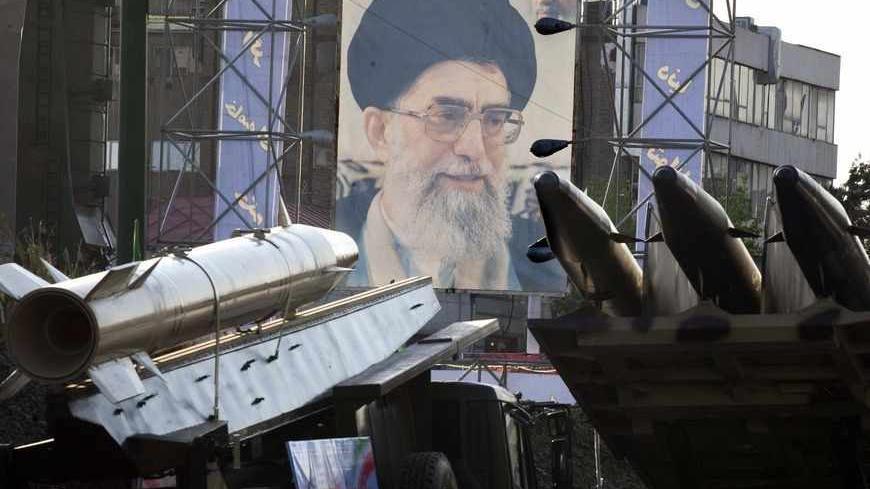 Iranian-made Fateh 110 (L) and Persian Gulf (R) missiles are seen next to a portrait of Iran's Supreme Leader Ayatollah Ali Khamenei at a war exhibition held by Iran's Revolutionary Guard to mark the anniversary of the 1980-88 Iran-Iraq war at Baharestan square in Tehran, Sept. 23, 2011. - REUTERS/Morteza Nikoubazl 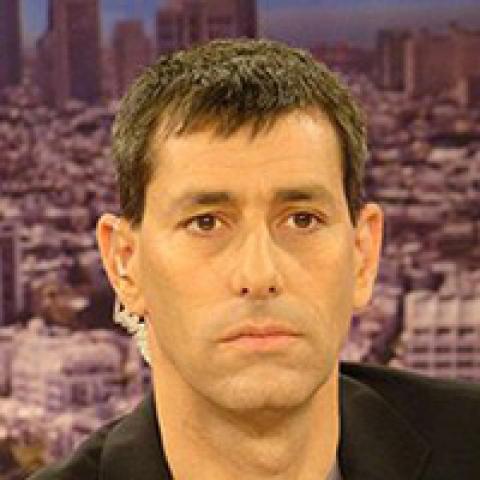 It’s been exactly a week [May 3] since Israel, according to Western intelligence agencies, destroyed the depots of advanced Hezbollah-bound rockets in Syria. This is a good time therefore to take stock of the situation from the perspectives of the four key players in this affair.

Having taken out SA-17 batteries in January of this year, according to reports, and the Fateh-110 rockets last week, Israel showed how  serious it was about scuttling the transfer of advanced weapons to Lebanon. The working premise, namely that Syria and Hezbollah would avoid retribution. Whereas the first strike took place relatively far away from Damascus, allowing Syrian President Bashar al-Assad to point a finger at insurgents, the second strike in the early morning of May 5 took place at the heart of the capital, leaving Syria with no choice but to admit that Israel had once again carried out a strike within its territory.

On the plus side, Israel can take note that it enjoyed high international legitimacy for the strikes — certainly in the United States, but also in Europe and across most Arab countries. The few condemnations were feeble, although one of them should be particularly disconcerting for Jerusalem: Russia, which lashed out at Israel, is now contemplating going through with the deal to supply the S-300 air-defense system to Syria. The relative ease with which the Israeli air force dodged the existing Syrian air defenses could speed up this transaction; its installation could seriously restrict future Israeli aerial activity over Syria and Lebanon.

On the negative side, Israel should be concerned by two major issues. That the other side abstained from direct reaction is proof of Israeli deterrence but does not mean a sweeping decision not to react in the future. Retaliation need not be carried out directly; it can be done through a proxy (such as a Palestinian terrorist organization operating from the border fence in the Golan Heights), or it can take place abroad (similarly to the terror attack against Israeli tourists in Bulgaria on July 18, 2012). Syrian restraint this time does not guarantee quiet next time.  The balance of interests that held Syrian fire at bay this week could change, which would force Israel to reassess the situation before dispatching its jetfighters for another airstrike.

Assad’s honor was trampled on again last week, just as it was in 2007 when the nuclear reactor was destroyed, and as it was by the assassination of Imad Mughniyah in 2008 and by January’s airstrike. What prevented him from reacting was the fear that a confrontation with Israel would immediately bring about the collapse of his regime, and perhaps even his own demise. Assad did not forgo revenge, but for his immediate interests he would rather continue the war against the insurgents without opening another dangerous front. This is further validated against the backdrop of the relative achievements his forces have scored in recent weeks. Although they did not alter the strategic situation in Syria, they certainly rewarded him with some exceptional tactical achievements.

The fact that official Israel avoided claiming responsibility for the strikes also helped Assad take it lying down, as well as the fact that the objective was not Syrian weapons but rather Hezbollah-bound Iranian rockets. Except for 10 Syrian fatalities, Assad did not lose any assets in these strikes, which is why he could come to terms with their outcome.

Similarly to Syria, Hezbollah is concerned that retaliation could get it embroiled in an unwanted confrontation with Israel. This is why it chose to play down its part in this affair. What helped it to do so was the fact that the strikes did not take place in Lebanon, so the organization did not ostensibly have a reason to strike back.

Notwithstanding, the Israeli strikes aimed two spotlights at Hezbollah, which were highly undesirable from its perspective. It exposed the organization’s ongoing efforts to acquire advanced weaponry in contravention of the 2006 UN Security Council Resolution 1701, which prohibits the introduction of weapons into Lebanon, and it also unearthed its involvement in the Syrian civil war. Hezbollah deems it vital to reinforce Assad’s regime, since the Syrian government provides Hezbollah with diplomatic, logistical and military backing. To this end, the organization has invested a great deal of effort: More than 1,000 Hezbollah fighters, mostly from elite units, are engaged alongside Assad’s forces. This has elicited scathing criticism in both Syria and Lebanon. Finding it hard to negotiate all these fronts, Hezbollah has placed top priority on Assad’s survival over war with Israel, which, from its perspective, should only take place if Israel attacks Iran’s nuclear installations.

On the face of it, the airstrikes had nothing to do with Iran, primarily because Tehran will never publicly acknowledge that it is arming terrorist organizations in general and Hezbollah in particular. But behind the scenes, Iran is probably livid; not only because dozens of rockets were destroyed and millions of dollars went down the drain but mainly because Israel — having obtained the right intelligence — was able to once again penetrate and damage the secret gun-running route. Much like what happened after November’s attack in Khartoum against weaponry stockpiles intended for Gaza, Iran — prior to resuming the arms supply to Hezbollah in the Tehran-Damascus-Beirut route — will likely discontinue its activity for a while, carrying out investigations and checks in a bid to find out what went awry.

And two more comments: The first one relates to the many people in Israel who criticized the decision to destroy the rockets, arguing that hundreds of similar rockets can already be found in Lebanon. The truth of the matter is that the Fateh-110 rockets that were destroyed last week are much more advanced and accurate and hence far more lethal than the SM-600 rockets Hezbollah already has. Given that each rocket is equipped with a 500-kilogram [1,100-pound] warhead that can inflict immense damage, reducing the number of Hezbollah rockets would have a major implication in any future war with it.

The second remark relates to the United States, which, once again, has found itself on the wrong side of the tracks. Not only did the leak about the airstrikes, which embarrassed Israel, come out of Washington, but its motives also remain unknown. Was it an official who supports President Barack Obama’s nonintervention policy and wanted to show the public that there’s no need for US action because US allies were already operating in Syria?

Or was it one of the administration's opponents seeking to prove that Obama is only looking for excuses, and that when red lines are drawn, like Israel’s, you can and should stick to your guns?

Yoav Limor is the host of the morning show on Israel's Channel 2. A veteran military correspondent, he has been covering the Middle East conflict for the last 25 years. He wrote the best-seller Captives of Lebanon.