Will Israel Take Out The Russian Missiles in Syria?

Israel considers its options if Russia goes ahead with its plan to sell S-300 missiles to Syria. 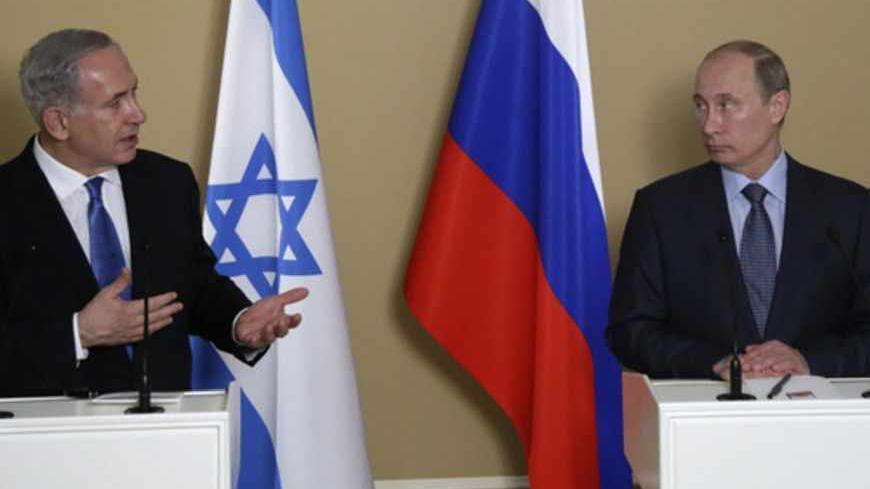 Here are a few facts to consider. There are several types of weapons that Israel defines as “tie breakers” or as “impeding deterrence.” According to Israel, should these weapons reach its enemies, a red line would be crossed. This is true of the transfer of chemical weapons to Hezbollah or the extremist Sunni rebels in Syria. This is true of the transfer of anti-ship P-800 Onyx missiles (also known as Yakhont missiles) or SA-17 or Fateh-110 anti-aircraft missiles to Hezbollah.

Over the past few weeks Israel has proven that its talk about a “red line” will be translated into deeds, despite the considerable risk that such actions could set the whole region ablaze. In most cases, the “red line” involves the transfer of various types of weapons to Hezbollah or terrorist organizations operating from within Syria. In one case, however, the “red line” involves the transfer of weapons to Syria, including such highly accurate anti-aircraft missiles as the S-300 missiles. Though Russia has promised for several years that it would supply Syria with these  missiles, it hasn’t, at least so far.

Here are a few more facts to consider. Israel’s prime minister flew to Russia on Tuesday, May 14, for a quick but urgent meeting with Russian President Vladimir Putin. This meeting came in the wake of reports that Russia was about to complete a missile deal with Syria, which included the de facto transfer of two batteries of S-300 missiles to the Assad regime. Sometime later, it was learned that Prime Minister Benjamin Netanyahu’s visit to Russia was actually initiated by the Russians, and was not the result of Israeli pressure. The invitation was made by Putin explicitly, and not exactly in the friendliest tone either.

This was not the first time that Netanyahu went to Russia to discuss these missiles. He had made that trek before, as had former Prime Minister Ehud Olmert before him. During each of these visits, the Israelis discussed the severity of sending such missiles to Syrian President Bashar al-Assad, and the options that Israel was weighing in response. In each case, the Russians paid close attention, said that they would reconsider and did not complete the deal … until now.

This time the Russians also had something to say. Western diplomats and security sources alike claim that Putin did most of the talking during his most recent meeting with Netanyahu, and that he issued some stern warnings to Israel. Continued attacks against Syria, said Putin, could set the whole Middle East ablaze, and Israel would not escape unscathed. It could end up facing the enormous arsenal of rockets and missiles amassed by Syria and Hezbollah.

Putin made it quite clear that this concerned Russia's direct interests. His country had no intention of letting Assad fall and allowing Syria to degenerate into an outpost of radical Sunni jihadists. He also let Netanyahu understand that this would not be in Israel’s interest either.

Those are the facts. Now for the questions. Immediately after Netanyahu’s visit, the Russians announced publicly that they finally intend to supply Assad with those S-300 missiles. Will Israel attack and destroy the missiles while they are being transferred, or will it wait until they have arrived but before they become operational? If so, what will be Assad’s response? How will Hezbollah respond? What will Iran do? And then there is the most interesting question of all. Such an attack would not only be considered a declaration of war against Syria and its allies, but also an assault on Russia.

In other words, is the Middle East teetering on the verge of a massive conflagration, which will draw Iran into the fighting, and will this situation be exploited by Israel, the US or both of them together to deal the long-awaited military blow against Iran’s nuclear program? One thing is certain. Anyone who wants to stay alive in this region and its immediate environs should hope that it does not.

The situation is more dangerous than ever, mainly because everyone involved — and there are plenty of people involved — is caught up in a kind of “Catch-22” situation. Israel cannot accept the presence of S-300 missiles in Syria, since these missiles can be used to shoot down its air force jets almost as soon as they take off from their bases in Israel. This would be a harsh blow to Israel’s longstanding dominance of the air in the Middle East. On the other hand, if Israel attacks those missiles, it would find itself entangled with all of its enemies at once, and with Russia too. That may be too much to handle, even for Israel.

Meanwhile, Russia is investing everything it has in its ongoing defense of the Assad regime in an effort to preserve the delicate balance of power between all the bleeding sides, without giving any of them an excuse to go for broke and burn the house down. Under a desperate Assad, Syria has declared that an Israeli assault would elicit a devastating response. On the other hand, Israel has declared that if Assad attacks, “We will bring him down.” Under the current circumstances, Assad cannot allow the full weight of the Israeli military to lash out at what remains of his army. Israel cannot allow thousands of rockets to rain down on Tel Aviv, causing economic ruin, a recession, and a ravaged home front.

And so, everyone is applying pressure on everyone else in their most sensitive areas. Everything is about to blow up, diagonal red lines slash across the contested land from one end to the other, and the stench of gunpowder makes it difficult to breathe. This is a portrait of the Middle East today, in mid-2013. We have just found ourselves caught up in a regional, national, religious, ethnic and tribal conflict involving just about everyone, and we didn’t even notice it happening.

Looming over all this chaos is another interesting fact. No one in Israel has the slightest idea what will happen on “the day after Assad.” In fact, they are even less sure that “the day after Assad” will come at all. Israel now admits that it underestimated Assad, and that it failed to properly assess the strength of both parties in the conflict. Furthermore, while Israel is still having a hard time determining what will happen in Syria in general, it is even more hard-pressed to figure out what possible outcome is in Israel’s best interests. It does seem, however, that the current situation in which all of the parties are caught in a stranglehold, bleeding out and rapidly losing their assets is the best possible situation for Israel.

It is somewhat reminiscent of the Iran-Iraq war, during which, at its peak, late Israeli Prime Minister Menachem Begin quipped, "We wish the best of luck to both sides.” The problem is, however, that situations like this tend not to last forever. It is within their very nature to disintegrate, and in so doing, to create a new reality. As of now, no one has the slightest clue as to what that new reality will look like, exactly when it will arrive, and who of us will survive to see it.