The sudden change in assumptions on the Syrian war should invite us to wonder about the basis on which they were made. 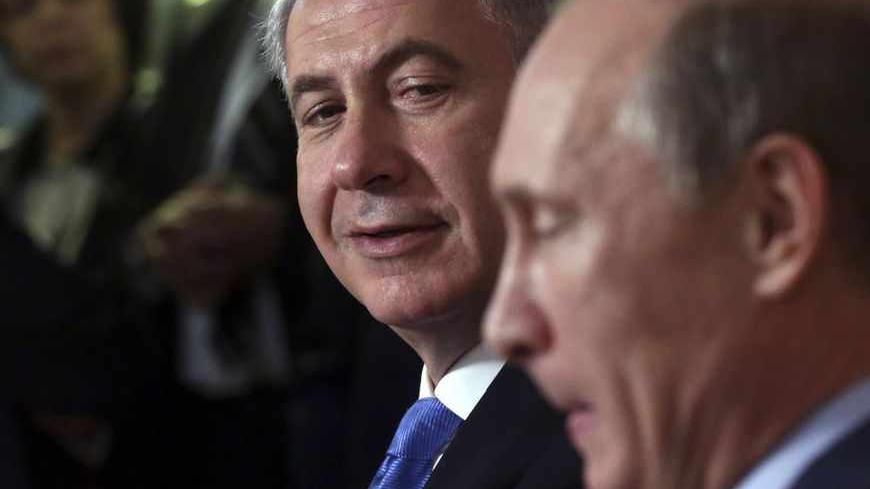 For the past two years, there have been a number of generally accepted assumptions about what will finally happen in Syria. By late last week, these assumptions came crashing down with the raucous force of an earthquake. We are talking about the very opinions that were considered to be conventional wisdom among the Israeli public, and which had considerable impact on political decision-makers and military strategists alike for the past two years. These are the core assumptions:

Then, within a week, everyone woke up to the fact that the most important parameter of all was overlooked in the most recent analyses of the situation in the Middle East in general and Syria in particular. The assumption is that the geopolitical game here has remained very much the same since the signing of the Sykes-Picot Agreement. All that has changed is the players.

It was May 16, 1916, and World War I was still raging, when France and England signed a secret agreement splitting the Middle East into two exclusive spheres of influence once the war was over. All earlier promises and agreements were shoved aside so that these two colonial powers could focus on one important question: How will each of these two powers divvy up the Ottoman territories of Syria, Jordan, Lebanon, Western Turkey, Iraq, and the Persian Gulf. That was the whole story. Both the British and the French empires, which were also the two world powers at the time, wanted to protect their strategic interests in the region.

Almost a century has passed since then. The two world powers have been replaced, so now it is Russia and the United States, which will ultimately decide how the fighting in Syria will end, and what the country will look like in the aftermath. And they will be the only ones to decide: there will be no input from Assad or the rebels, Saudi Arabia or Qatar, and certainly not Israel.

By late last week [on May 17], 12 Russian battleships were sent to patrol the waters off the Russian naval base in Syria and to demonstrate a presence in the region. This was hardly some subtle hint. It had the volume of a Russian aircraft carrier. What the Russians were effectively saying was that no one should even consider making any decision whatsoever about the future of Syria, and by extension, of Assad, without first considering Moscow’s strategic interests. Both the United States and Israel got the hint.

The Soviet Union had strategic interests in Syria ever since the mid-1960s. So does modern Russia. It is the largest advance base that Russia still has in the Middle East, and someone like Russian President Vladimir Putin would never give it up, certainly not for “humanitarian reasons,” and even more certainly when the Russians see a certain symmetry there, and believe that Israel is the most important US advance base in the region.

Yes, Russia had strategic interests of its own in Syria, which makes Israeli Prime Minister Benjamin Netanyahu’s slog to Moscow last week seem all the more ridiculous. The prime minister tried to dissuade Putin from selling S-300 [anti-craft] missiles to Assad, since that would have far-reaching repercussions on the Israeli air force. Did Netanyahu really believe that sitting Putin down for a heart to heart talk would really convince the Russian leader to forego his support for Assad?

By the end of last week, reality seemed to prove that Israeli intelligence assessments claiming Assad would soon fall were premature at best. Furthermore, an Israeli source was now quoted by the London Times as saying (May 18, 2013) that in the current circumstances, Assad is actually good for Israel: “Better the devil we know than the demons we can only imagine if Syria falls into chaos and the extremists from across the Arab world gain a foothold there.” The real question is: “Where were they before this?” By “they” I mean those people described as “Israeli decision-makers” and “senior officials,” who are quoted in the press.

When a political, diplomatic or military correspondent errs in some assessment or other, the greatest damage is to his reputation, or at most to the reputation of the media he represents. Commentators and journalists base what they write on public information, and frequently on intentional leaks from various interested parties.

The U-turn that Israel has made this past week in its attitude toward Assad raises serious questions about the people behind our defense strategy. Did none of them know before last week what Assad has been saying for a long time now, that his country has become home to a hodgepodge of terrorist organizations?

Instead of responding to this, analyzing it, and preparing for the worst-case scenario, Israel preferred to mock Assad instead. The parodies of Assad (such as the aforementioned "Eretz Nehederet") depict him as a reluctant coward, a “wimp” to use a more colloquial term, who will not be able to withstand all the pressure being placed on him. In this, he is juxtaposed with other Arab leaders, who were once perceived as being strong: former Egyptian President Hosni Mubarak and former Libyan leader Moammar Gadhafi both come to mind. But perhaps that is the root of the problem. People are too quick to compare him to the leaders of Egypt and Libya, who were both deposed fairly quickly. I do not want to think that Israel’s leaders are also influenced by TV satire.

As we already noted, the high point of Israel’s failure to understand what is going on in Syria came in Ehud Barak’s statement of 2011. At the time, he gave Assad just a few weeks before he would be toppled. That was a year and a half ago. Since then, Barak has been “toppled,” while Assad remains in power.

What was the basis of Barak’s assessment? The Research Division of Military Intelligence? International security experts? It is more likely that his estimation was based on the same “wimpy” image of Assad as being spineless and lacking leadership experience, as someone who inherited his position of power, and who everyone else has wrapped around their little fingers.

But Assad and his entourage realized that if he was to survive, he would first have to identify the real powers, who determine the balance of threats in the Middle East. And he proved that he knew exactly who they were. Twelve Russian warships sailing off the Syrian coast are just one proof of that. His decision to aim missiles at Tel Aviv to counter a potential Israeli attack is yet further evidence.

This leaves us with one possible conclusion: The assumption that Assad would fall if he dared to attack Israel (in response to an Israeli strike against him) was not as accurate as previously thought.

But that hardly prevents Israel from carrying on with its war games. “Security sources” and “decision-makers” alike continue to ponder whether Assad or the rebels are better for Israel and what steps the country should take, as if they had any say whatsoever in the current situation.

The one person to best express this was the former Israeli Military Intelligence head Uri Sagi, who rose up like a thundering prophet, ignored by the people of his city, to ask, “Who are we to decide? What tools do we have to determine who will rule in neighboring Syria and how?”

Wouldn’t it be easier to look up the “Sykes-Picot Agreement” in the encyclopedia?