For a new generation of Palestinian descendants growing up in the diaspora, Nakba Day serves as a crucial connection to their roots. 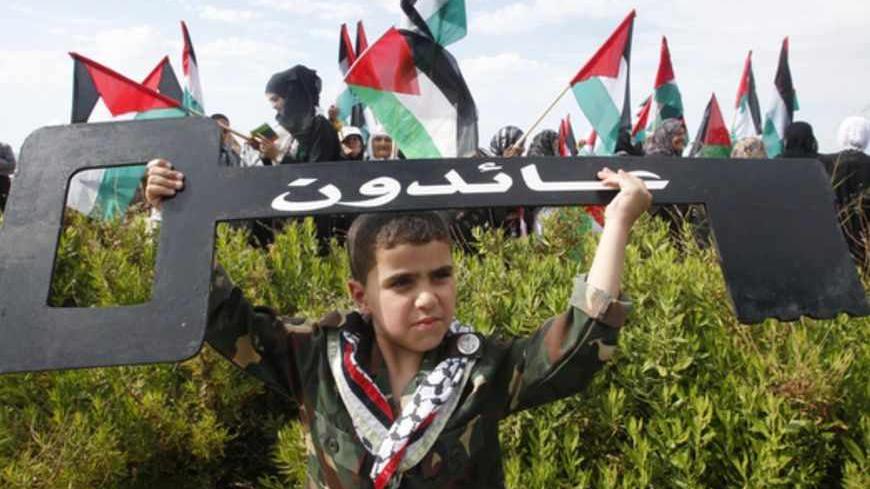 A Palestinian boy holds up a symbolic key during a march to mark the 65th anniversary of Nakba near the United Nations Interim Force in Lebanon (UNIFIL) headquarters in the town of Naqoura, in southern Lebanon near the border between Lebanon and Israel, May 13, 2013. - REUTERS/Ali Hashisho 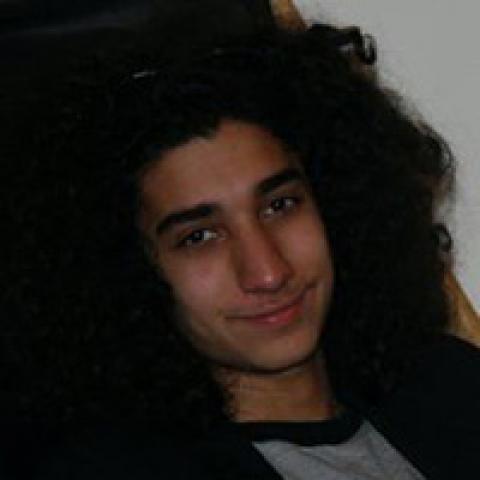 I remember the scent of jasmine oil. Being propped up on my father’s shoulder and a keffiyeh being placed around my head. I remember a crowd smiling up at me and the men singing “Falasteen Arabiya, Falasteen Arabiya.” It was in Norman, Okla., and I was 5 or 6 years old. Somewhere in my grandfather’s video catalogs in Lebanon, the footage still exists.

There can be no claim that at such early childhood I grasped what was happening, what lay beneath the crooning, what sharp sentiment overwhelmed these men as they clapped around me repeating; “Falasteen, falasteen.” But that particular memory never left me, and I find that I hold on to it with a kind of stubbornness. It is an obduracy that characterizes many Palestinians living in the diaspora, as though they are clinging to every inch of land lost to our families, land that many of us have yet to revisit.

It may feel wrong to spend time discussing the experiences of those of us living comfortably in the diaspora, especially when our suffering so shamefully pales in comparison to that of our of brothers and sisters living the hell of a refugee camp or occupation or imprisonment. But we do ourselves a disservice by neglecting to see it as what it is: a trauma. Nostalgia for Palestinians who live abroad almost takes the form of a disease, a preoccupation with symbols and loss and histories inherited. To be born in the diaspora can mean to hold memory above location and even, at times, people. It instills in the exiled an acute sense of how ephemeral things can be. The idea that once something has passed, it cannot return is so strongly felt because there is a pre-existing understanding about what happens when things are left behind.

There are moments when I have wondered if our memory is not more like a cancer condemning us, as a people, to constantly walk with our heads turned slightly to the side, straining to see something that was once there. At times, I even consider whether we might be better off one day deciding to simply shed these histories. But I always conclude that the forfeiture of our claim to these remembrances, whether collective or personal, would only mean further dispossession. And what could be worse than that final departure, to be exiled from our memory?

Nakba. Even the word ties a knot in your throat if you say it in Arabic. It is strange that, for all the association it has with return, the word has always felt more compellingly synonymous with guilt for me, a guilt I suspect is shared by other Palestinians in the diaspora. There were times when I did not retort “Palestine” to inquiries about my nationality with the same proud impulse I do today. But it was never from shame of being from Palestine. It was a hesitation to claim a linkage to a people that I knew, even at a young age, endured a much greater anguish. Who was I, with my privilege and shiny blue American passport, to claim that struggle as my own as I moved effortlessly between airports and borders? And if there existed shame in those younger years, then it was only for the fact of being associated with a suffering I barely knew.

How useless those of us in the diaspora often feel, how hopeless, venting our frustrations about wars we only know through the comfortable medium of news headlines and YouTube clips! But I am beginning to find that another reaction appears more vividly when I shift through photographs of Gaza collapsing or Hebron being tormented. And it isn’t taking long for it to eclipse any apprehension I have had about my privilege.

It's pride — the pride we are often overwhelmed with by being witness to the resilience of the Palestinian people, our people, people we may know little of save the fact that they might have descended from those who were once the neighbors, grade-school acquaintances or family friends of our grandparents. 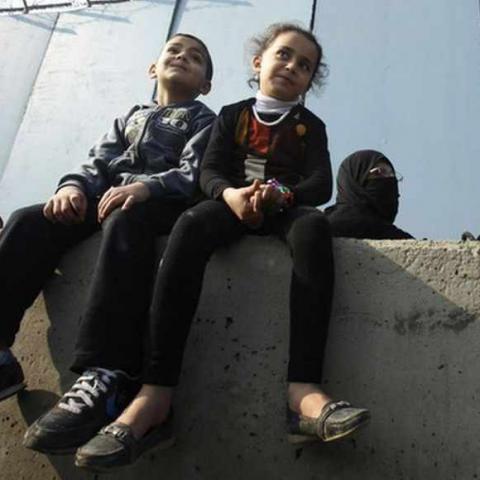