Ronny Someck, an Israeli poet born in Baghdad, responds in an interview with Jacky Hugi to the call by Sheikh Moqtada al-Sadr for Iraqi Jews to return home. 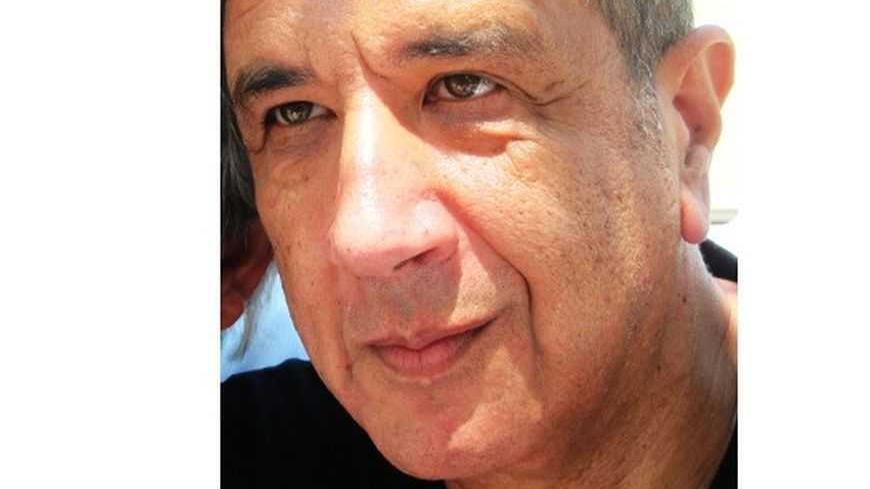 “I was waiting for this call,” said Ronny Someck. The Baghdad-born Israeli poet was glad to hear the words of Shiite leader Moqtada al-Sadr. Speaking in the holy city of Najaf, al-Sadr called on Iraqi Jews to come back and help rebuild their homeland.

Someck, 61, who was born in Baghdad but never went back to visit, has flirted with his country of origin for many years. A state of enmity exists between Baghdad and Jerusalem and Jews have yet to be granted the Right of Return. Nonetheless, many Iraqi Jews were excited by the declaration of the pro-Iranian leader. None of them is naïve enough to think that the head of the armed al-Mahdi Army militia would be the one greeting them with flowers at Baghdad’s international airport. Actually, why go that far. None of them plan to go there any time soon. But it is clear that such a pronouncement lays the groundwork for similar declarations in the future, declarations that will pave the way for a rapprochement between the Jews of Babylon and their homeland, or the land where they lived in exile for 2,700 years.

“I knew a leader would come along and say ‘let’s rebuild the ties’,” says Someck. “Even though his words have no current practical outcome, they embody a metaphor for the ties that existed there between Jews and Muslims and Christians.”

In its heyday, the Iraqi Jewish community numbered 140,000. The vast majority emigrated in the years following the establishment of the State of Israel. A minority remained but left gradually over the following decades. Today there remain fewer than 10. They left behind weighty memories, a shared life with their neighbors and much property. Most of them live with their offspring in Israel. A minority live in the West.

Born Dec, 28, 1951, to Abdallah and Daisy Somekh, a Jewish couple from the Bustan al-Has neighborhood, Someck was a year and a half old when his parents emigrated to Israel, where his brother and sister were born. Until he was 16, he bore the family name Somekh, but then a newspaper published his first poem and his name was mistakenly spelled “Someck” (Hebrew for “blush”).

He still has the birth certificate issued by the Iraqi government in the name of “Ronny Somekh,” along with the passport given to his parents when they left Iraq. These documents enable him to vote in the diaspora, as an Iraqi citizen, in elections held since 2005 to the Iraqi parliament.

“I didn’t go to vote”, he explains. “I live at 5 Hakabaim St. I am not willing for someone who lives at Hakabaim 3 to attend our tenants’ meeting and make decisions affecting my life. If he wants to take part in decisions, he should come and live with us in the same building.”

I outline the borders of the city my life was shot into.

I interrogate witnesses, extort out of their lips

Drops of arrack and imitate with hesitation the dance moves

Of pita over a bowl of hummus.

When they capture me, they will take a third off for good behavior

And will lock me up in the corridor of Salima Murad's throat.”

(from the poem “Baghdad” by Ronny Someck)

He has been flirting with his Babylonian origin his whole life: in his pride over his origin, in his contacts with Iraqi poets, in the stories on which he was raised. Mostly he does so in his work.

“The Jews who lived there never regarded Iraq as a homeland. They felt they were in exile. But their departure, at least for some of them, bordered on an insult. They say that at the start of the 20th century, during the pogrom in Kishinev, the rioters yelled, ‘strike the Jews and save Russia’. I don’t think there’s any Arab who feels he’s saving Iraq when he strikes Jews.”

If Iraq opens its gates to you, would you go back?

“I came here as a baby with a black box devoid of memories and my homeland is Hebrew. I very much want to visit there, everyone has an elementary right to visit the room where he were born. I will come as a native, not a tourist, but I won’t stay.”

Where would you go first?

“Shurja, the market I was told about. It probably no longer exists.”

It was torched during the war, but it still exists.

“The stories about that market are part of my childhood landscapes, made more vivid when my father’s and grandfather’s sisters arrived from Iraq at the start of the 1960s. Every time I held a fruit, they would tell me, ‘This is an excellent fruit but not like those you will find in the market’.”

And the second place you would visit?

“The fish restaurants on the Tigris. I’ve heard stories about the fish and the smell of the river and the large record players playing the songs of the great singers on which I was raised.”

You didn’t mention your house or the adjacent synagogue.

“I’m not sure the house exists and I know that most of the synagogues were turned into mosques. A few years ago someone e-mailed me an irate presentation showing what had happened to the synagogues in Iraq. I sent it to my mother and she responded – it’s a good thing they were turned into mosques and not into dress boutiques. What does it matter, as long as they pray there to the same God?”

In Israel he lives in [the town of] Ramat Gan. He’s married to Liora and father to 21-year-old Shirley. He has a teaching certificate and he is an educator/counselor to street gangs. He makes his living as a teacher at a Tel Aviv high school that provides kids with a second chance. Over the past year he has expressed total political identification with his close friend [Yesh Atid Chairperson] Yair Lapid and was one of the founders of the Yesh Atid Party. Lapid was once asked whom he envies, and he answered, “Ronny Someck”, because after being exposed to his poetry he knew he could never be a poet. “In politics,” Someck explains, “one must have both feet on the ground. I maintain for myself the right to float.” Someck was placed in [the symbolic, honorary] 120th place on Lapid’s Knesset list.

His work is contemporary, its language winding (like “Arabesques,” he says), and its subjects varied. You will find Baghdad there, alongside Israeli existence, and [the late Egyptian diva] Umm Kulthum next to football. His poems have been translated into 41 languages, among them Albanian, Macedonian, Catalan, Nepalese and Arabic.

He never felt inferior in Israel, as a Jew from Iraq in a society where the tone was set by Jews of European origin. Perhaps this explains his total integration into Israeliness. “I’m not looking for roots because I never lost them”, he says. “Only on the first day of first grade the teacher told me to say ‘Bagdad’ and not ‘Baghdad’ as we said at home. As an adult I heard stories from friends who were ashamed when their parents listened at home to Arabic music. I used to turn up the sound.”

Nonetheless, you adopted the change in your family name that was imposed on you. Perhaps you understood that in order to be integrated, you had to distance yourself somewhat from “Arabness”?

“Certainly not. I started writing poems, made a name for myself and saw that I was identified with this name.”

He regrets that no one in Jerusalem responded to the declaration by Sheikh Moqtada al-Sadr. “It’s a courageous call, he should have been greeted with applause”, says Someck. He’s a realist, and knows that when he goes to Baghdad he will find not only brothers, but ill-bearers, as well. “But there will also be fewer fanatics, and I will be protected. I will come as a friend, not as someone who wants to steal something from them”.

Did you leave behind property?

“We left a lot of property. If they pay Jews for what they left behind, I would be happy to get it. But first of all, if someone puts out a hand to you, you shake it”.

If you were born in an Arab country, you carry its documents and you are not estranged from it, there are those who would define you as an Arab even though you don’t speak Arabic.

“I was born in an Arab country and I belong to its culture, but I’m an Israeli. I can understand [writer] Sami Michael and [Arab literature scholar] Sasson Somekh, who define themselves as Arab-Jews, because all their formative years were spent there. But my formative years were spent here. Because most Iraqi poets went into exile, my Iraqi colleagues regard me as an exiled Iraqi poet. But I live in my land.”