As memories and stories fade with the survivors of the Nakba, so does the personal connection held by descendants of Palestinian refugees. 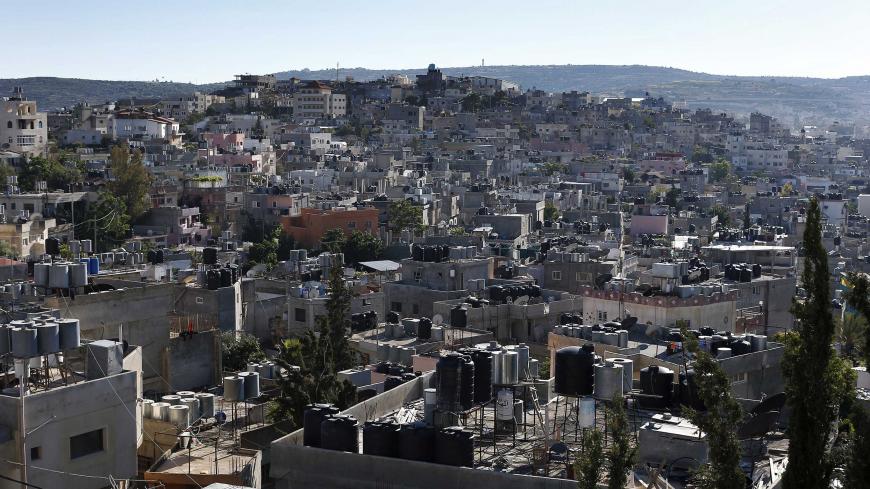 The Dheisheh Palestinian refugee camp, near the West Bank town of Bethlehem, May 14, 2014. - THOMAS COEX/AFP/Getty Images

In the lead-up to Nakba Day, Palestinians in Gaza entered their fifth week of protests at the border, which they have deemed the Great March of Return. Israel Defense Forces retaliated with artillery and live fire at today’s protests, killing over 52 protesters and injuring more than 2,000.

During the Great March of Return protests, Palestinians have called for their right to return to their homeland, confiscated by Israeli paramilitaries in 1948. On the 70th anniversary of the Nakba — meaning “catastrophe” in Arabic — the death count from the weekslong demonstrations has reached over 90. With little action from the international community, the Palestinian refugee issue is far from solved.

It’s late afternoon in Dheisheh refugee camp, situated south of Bethlehem’s old city. Abd al-Qader, 98, slowly enters the living room of his house — shared with extended family — after attending afternoon prayers at the nearby mosque. He is warm and welcoming, but his eyes and heart soon become heavy.

“The Jews attacked us with their tanks and their bombs randomly,” Qader told Al-Monitor. “The Palestinians in that time didn’t have leaders. It was only communities, so the civilians fought back, resisting alone.” Many fled their homes, including Qader and his family, who left their village of Beit Aataab on May 15, 1948. Qader was 28 years old.

He is one of the upwards of 700,000 Palestinians who had to flee their homes during the 1948 Arab-Israeli War, according to the United Nations Relief and Works Agency (UNRWA). The expulsion, now termed the Nakba, resulted in Palestinians being forced into refugee camps across Gaza, the West Bank, Jordan, Lebanon and Syria, where the majority of them still reside.

While the Palestinians' right of return to their land is enshrined under international law, 70 years on, and this still has not occurred, as the Israeli-Palestinian peace process hangs in limbo. Today, there are more than 5 million Palestinian refugees when counting their descendants.

Dheisheh camp, where Qader now resides, was erected by UNRWA in 1949 to hold 3,000 refugees, though now the population has reached 15,000. The area of Dheisheh is only about 77 acres. Not only is Dheisheh densely populated, like many refugee camps across the Levant, many of the residents also live below the poverty line, as the families lost their means of livelihoods when they fled.

UNRWA spokesman Christopher Gunness emphasizes the poor living conditions within the camps. “The refugees and the next generations of refugees are some of the most disadvantaged people in the West Bank,” Gunness told Al-Monitor.

Qader lists the products his village of Beit Aataab was famous for: "Olives, figs, grapes, pomegranates, citrus, beans and apples. The land was 100 dunams [about 25 acres], with four springs, and we had lots of [animals]: sheep, cows, horses, donkeys, chickens and pigeons.”

Like all refugees from the 1948 war, Qader and his family had to leave everything they owned behind. “I had no food, covers or anything to protect me from the cold,” he explained. The Red Cross eventually set up tents in what is now Dheisheh camp.

Qader moved there in 1952, after living for four years in a cave in the village of Artas, southwest of Bethlehem. He spent the rest of his life in the camp, only having the opportunity to return to his home village once, around 20 years later. “When I saw my land, my house, I felt that my body was burning. I saw my land, my trees, demolished, I just left, I couldn’t stay,” he said. To this day, the village of Beit Aataab remains as rubble.

These stories about the original homeland are slowly being lost. The descendants of Palestinian refugees, the youth of today residing in the refugee camps around the Levant, appear to have a hard time recalling the memories of their grandparents.

Hamam, 18, was born and lives in Amari refugee camp, just east of Ramallah in the West Bank. His family members are refugees from Beit Aanan village. “I don’t know anything about the village,” Hamam told Al-Monitor, asking that only his first name be used. He sees Amari as his home, the place where he has grown up surrounded by family and friends. “I know everyone. I like this fabric [of] society. Without being in the camp, no one can ask after you [or look after you].”

Abdel al-Qader, 14, lives in Shufat camp, which is part of the Jerusalem municipality though restricted from access to the city by the separation wall Israel began erecting in 2000. Qader also struggles to describe his family's homeland. “I know we have an empty land,” he said.

While the handing down of stories fades as new generations are born, the understanding of the refugees' historical villages increases for those children who have been able to visit their homeland with relatives. Mohammed Musa, 14, also lives in Shufat camp. His family fled the village of Beit Liqya in 1948. Musa has been able to see the village for himself, visiting it a number of times with his family since the age of 5. “It’s all woods. There’s a lot of trees, and it’s full of Israelis who have turned it into settlements,” Musa said.

Due to travel restrictions on Palestinians enforced by Israeli authorities, many children don’t have the opportunity to visit their heritage land, leaving Musa as a rare exception.

While stories and personal relationships with historical lands dwindle, many Palestinians still hold on to their identities as descendants of refugees and maintain an understanding that refugees have a right to a land that was once theirs. Ali al-Qam has spent all 14 years of his life in Shufat camp. He told Al-Monitor that Israeli forces have denied him access to his home village of Beit Thul. “I really wish I could go there because I feel it’s my homeland and house, waiting for me,” said Qam.

Back in Amari camp, Hamam links his identity to his great-grandfather’s death during the invasion. “If I had a place to live in Beit Aanan, I would have a connection there because it’s the home for my father, grandfather and great-grandfather," he said. "I can smell the blood of my great-grandfather growing in the land and the soil.”

Naime al-Sheik Ali, 82, fled Beit Thul in 1948. She lives in Shufat camp with her extended family, including her son Ali, who sits by her side as she speaks to Al-Monitor. Ali was able to visit her home village once, 20 years after she fled. “I saw the homes of my family members and friends that were demolished. I could only cry,” she said.

She said that her whole life she thought she was going to be able to return to her village. “I don’t think that all Jews want to kill us," she said. "In our village … we were once all living together in peace.”

Her son Ali chimed in: “It can’t happen, they can’t return.” He sees Palestinians' connection to their historical villages decreasing, as Israeli ties to those villages grow stronger. “Israelis now have grandchildren … so it’s impossible to give it back," he said. "They feel like it is theirs now. Honestly, the connection will disappear. It will only be a story, not an inner relationship or connection."

The lack of memories — coupled with the time it will take achieve to the right of return, as enshrined in the United Nations General Assembly's Resolution 194 — is “completely alienating” for the current generation of Palestinian refugees, said Gunness from the UNRWA.

Seventy years on from the 1948 war, no progress has been made in peace negotiations or in negotiations for refugees to return to their homes. “For the younger generation to be cut loose from its roots and to have no political horizons is a very dangerous thing,” Gunness said.

Qam echoed this point. “It’s not even a 1% chance that I could live there, in my ancestors’ village, so I’ve moved on.”