The Limits to Europe's Pivot to the Gulf

As the US strategic posture pivots toward Asia, Europe is looking again at the Gulf. 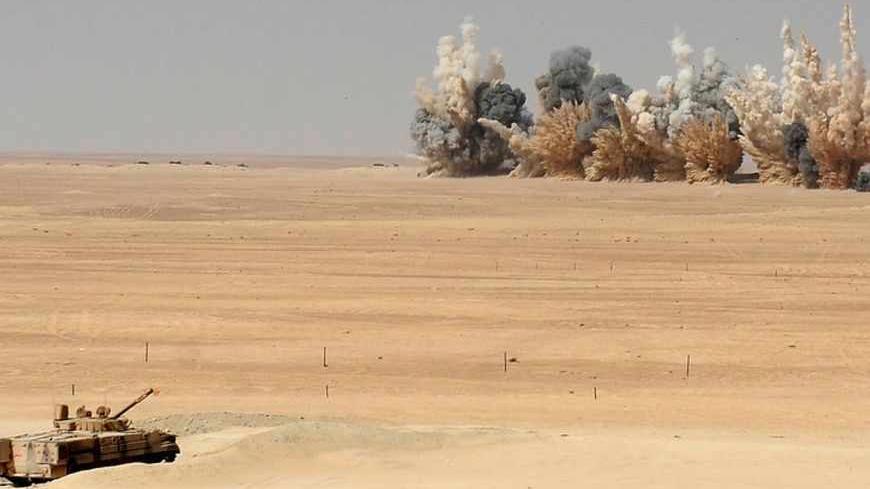 Smoke is seen after United Arab Emirates F-16 fighter jets fired missiles during joint military maneuvres with the French army in the desert of Abu Dhabi, May 2, 2012. - REUTERS/Ben Job

The idea of a closer European-Gulf security relationship has been in the air for several months.

In particular, the United Kingdom and France have expressed their resolve to foster better cooperation with the Gulf monarchies. At the same time, London is said to be preparing for a reshuffling, or pivoting, of its military in the Arabian Peninsula. Specifically, the British armed forces are considering using the Al Minhad Air Base in Dubai, as the hub for future regional interventions. In 2012, the United Kingdom signed a new defense cooperation agreement with Bahrain, and the government of Prime Minister David Cameron is involved in a huge effort to facilitate the sale of 100 Typhoon fighters to Oman, Saudi Arabia and the United Arab Emirates (UAE), a package that could total more than $9 billion. This revamping of London's posture in the Gulf has led observers to speculate about a British policy of a “return to East of Suez.”

Meanwhile, the French White Paper on Defense and National Security released in April 2013 describes Gulf security as the fourth “strategic priority” of the French government. The official document states explicitly that “Iran’s race to acquire nuclear-armed capabilities” is the biggest challenge to this objective. France had already substantially shifted its military focus to the Gulf even before this assessment. Under the presidency of Nicolas Sarkozy, the military closed some of its permanent bases in Africa to build a new one in Abu Dhabi in 2008 and strengthened its existing defense agreements with its allies in the Gulf Cooperation Council (GCC).

Multilateral organizations, including NATO, have also been active during the last two years promoting stronger ties with Gulf nations. In 2004 NATO created a partnership called the Istanbul Cooperation Initiative — which offers practical cooperation in such areas as counterterrorism, training, military interoperability — but it had failed until now to bring Oman and Saudi Arabia to the table. In the absence of Riyadh and Muscat, the initiative was perceived as a partnership without a cause. In the last twelve months, however, there have been indications that Saudi Arabia has been tempted to revise its position. Of note, recent visits by Saudi officials to Brussels and by NATO high representatives to Riyadh are being interpreted as signaling a rapprochement.

The current momentum resulted from a convergence of security agendas among the European and GCC countries. Some of their common interests are not new, such as a shared concern about the Iranian government and its nuclear ambitions. The Gulf monarchies and European powers have for a decade considered Iran’s regional policies as the fundamental threat to regional stability.

That said, however, it is the Arab uprisings, more than the Iranian nuclear conundrum, that has significantly raised the level of diplomatic and military cooperation between Europe and the GCC countries. In Libya, it was the activism of Gulf kingdoms within the Arab League that paved the way for the military intervention led by France and the United Kingdom. Later, the UAE and Qatar contributed to NATO's Unified Protector operation, on the ground and in the air. In regard to Syria, GCC and European leaders have been working closely to provide support to the rebels fighting President Bashar al-Assad’s regime. These efforts evidence the endurance of Gulf-European relations, but a number of not-insignificant issues are quietly emerging that may jeopardize the relationship in the long term.

The first issue is that French and British efforts in the Gulf are less driven by a solid strategic vision than by economic austerity. As European countries continue to make deep cuts in defense expenditures, their national industries find themselves in dire need of new markets. This is why business circles see “return to East of Suez” as the mere branding of an assertive arms export strategy by Cameron. In particular, London's active engagement with Abu Dhabi grew in earnest only in late 2011, after the emirate publicly expressed its dissatisfaction over negotiations with French authorities and Dassault over the sale of 60 Rafale fighters. Thus the current situation reflects a French-British industrial confrontation in the Gulf more than the reinforcement of a strategic axis.

In addition, at the strategic level, the reduction of force structures in both countries raise questions about the credibility of their commitment toward their Gulf allies. Although the Europeans are unlikely to completely abandon the peninsula, part of the fallout from the financial crisis means they no longer have the means necessary to shape the security partnerships of the region. As a consequence, it is unclear how London can militarily “return to East of Suez.”

The second issue is the risk of confusion engendered by French-British competition in the Gulf. Multiple bilateral relations may be conducive to cooperation, but they do not ensure coordinated strategic planning or military interoperability and complementarity; they can also well lead to the omission of collective priorities. NATO and its robust planning processes could help in ordering cooperation, but the Atlantic alliance suffers the opposite problem of the European powers: It has the means, but has never formulated a clear strategy for Gulf policy.

Both issues above explain why the Gulf countries are increasingly relying on the United States rather than the Europeans for their security partnerships. The most obvious example is the UAE decision to purchase 15 US F-16s in April. Although the deal does not entirely dash French and British hopes, the choice must clearly lower their expectations.

The third issue is how far the current convergence in European-Gulf diplomatic agendas will eventually go. Some British media, including The Guardian, are increasingly making known their opposition to Cameron’s arms sales policy with regard to the GCC, amid episodes of human rights violations against British expatriates in these monarchies. Concerning the Iranians, although Gulf rulers tend to look at their face-off with the regime in Tehran as an existential battle between Sunnis and Shias, Europeans are less at ease with this sectarian narrative and see it more as a classic example of a power play.

Syria, however, may well be the ultimate test of the relationship. It appears increasingly obvious that European and GCC rulers do not seek the same type of state there as evidenced by their distinct responses to the rise of Salafi fighters among the rebels. For Gulf rulers, the objective is to bring about Assad’s fall at all costs, while the Europeans are concerned that a major role by the Salafis in Assad's defeat could lead to Syria being ruled by Islamist extremists. This is why in the end, the Syrian crisis that brought the Europeans and the Gulf monarchies closer could ultimately push them apart.