The Iraqi government is being held accountable for the attack on demonstrators in Hawija on April 23 that resulted in 50 deaths, writes Mushreq Abbas. 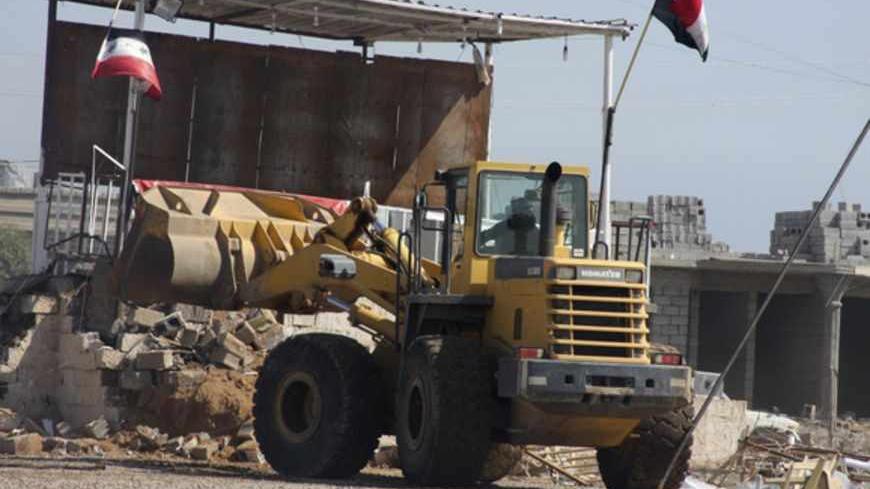 A platform at a makeshift camp is removed by heavy equipment at a public square in Hawija, near Kirkuk, north of Baghdad, April 23, 2013. - REUTERS

The bloody attack that occurred in Hawija on April 23 is being seen as part of the political, security and sectarian conflict in Iraq. This attack, however, is also a key test of the new Iraqi political system and its ability to handle security crises without abandoning democratic values and human rights principles.

Human Rights Watch (HRW) issued a report on May 4 on the incident and cast doubt on the official version of events. HRW called for a transparent investigation into how more than 50 people were killed and 180 wounded in the raid on April 23, 2013, by the Iraqi army on a square in Hawija (180 kilometers or 112 miles north of Baghdad), where protesters were holding a sit-in.

Before the HRW report, the Iraqi public was split between two different narratives. According to Lt. Gen. Ali Ghaidan, the commander of Iraq's ground forces, "terrorists and Baathists" attacked the Iraqi army as it was raiding the square and the army opened fire in self-defense." According to the other story, told by the people in Hawija, unarmed demonstrators were fired upon by Iraqi forces.

In the report, Sarah Leah Whitson, the Middle East director at HRW, said, "The Iraqi authorities shouldn't respond to the killings in Hawija by once again failing to hold security forces responsible for unlawful killings of demonstrators. Turning a blind eye to previous abuses has helped create the violent environment that today threatens to escalate across Iraq."

In the absence of media sources to independently report on what happened and given the dearth of mobile-phone videos, some Iraqi soldiers shot videos that, according to media and political standards, give a clearer picture of what happened.

Videos that have been circulating on social networking sites showed the negotiations that took place just hours before the incidents. Others showed how protesters fled the scene under the army’s gaze. A widely shared video posted by prominent Sunni MP Dhafer al-Ani on his Facebook page showed the bodies of many dead and injured protesters lying on the ground, some holding sticks in their hands, as Iraqi soldiers kick and curse them.

The video also showed injured protesters lying on the ground without anyone helping them. It showed a disabled man who fell out his wheelchair after he died.

Newer videos surfaced in the following days and were published by HRW as support for its report. Iraqi human rights organizations as well as Iraqi and non-Iraqi law firms are using those videos as evidence against the perpetrators.

It should be noted that the above actions are expected when any army collides with a concentration of civilians. The actions are done on an individual basis and cannot be generalized to all Iraqi soldiers. But Iraqi Prime Minister Nouri al-Maliki, whom HRW held responsible for the Hawija incident, focusing on the victims and providing assurances about the integrity and the seriousness of the investigation, told Al-Hayat that “if such demonstrations happened in any other Arab country, they would have been bombed by aircraft!”

Despite the fact that the images from Hawija show the Iraqi army using planes during the raid, what seems more serious is that the Iraqi government is dealing with the incident as “transient” and is keeping mum about it as it tries to shift focus to the killing of five Iraqi soldiers in Anbar, an incident that is of course no less serious.

World opinion and the international media have focused on the Hawija incident and raised many questions about it. It is strange that in the 21st century a democratic state like Iraq would seek to hide a big event like Hawija.