Lebanon: Fault Line for Hezbollah's War on 'Takfiris' in Syria

Just hours after Hezbollah chief Hassan Nasrallah announced that his party was fighting “takfiris” in Syria, two rockets struck a Shiite neighborhood in Beirut, suggesting that those “takfiris” might have military capabilities in Lebanon. 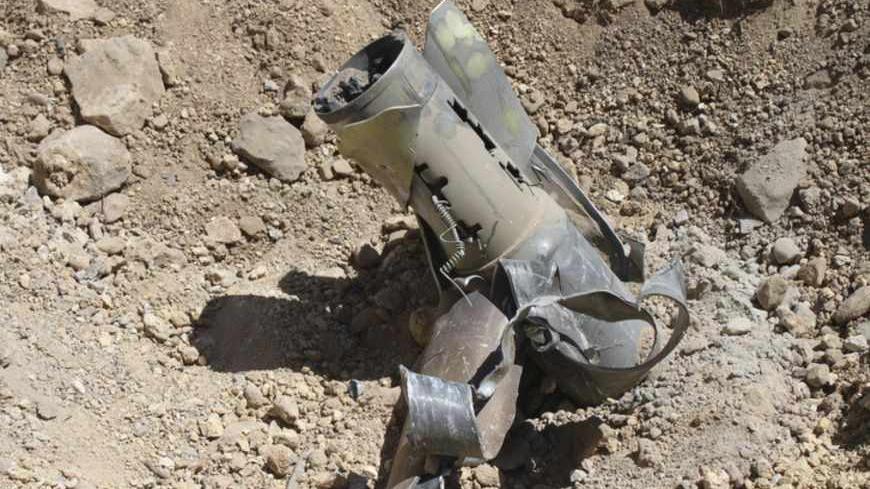 A view shows the remains of a rocket, which residents say was fired into the mainly Shiite town of Hermel, about 30 km (20 miles) north of Arsal, May 28, 2013. - REUTERS/Rami Bleibel

With the fall of two rockets (a third failed to launch due to a malfunction) last week on the Shiite-majority Chiyyah neighborhood in Beirut’s southern suburbs, Lebanon has entered a new phase of rising tension that threatens to import the conflict in Syria between Jabhat al-Nusra and the Syrian opposition on the one hand and Hezbollah on the other.

The rockets were fired from Bsaba in Mount Lebanon toward Chiyyah, an Amal and Hezbollah stronghold.

The rockets were fired only hours after Hezbollah Secretary-General Hassan Nasrallah announced in a speech the party’s decision to fight in Syria alongside the Syrian regime. This means that military cells that support the Syrian regime are present in Lebanon and can carry out attacks at any time they are ordered.

According to Lebanese security forces, the attack had been expected for several days. It was considered likely that Jabhat al-Nusra might retaliate for Hezbollah’s participation in the fighting in Syria.

During the middle of last week, Hezbollah was concerned that Jabhat al-Nusra might target the Liberation Day celebrations held in Mashghara, Bekaa (Liberation Day is about the withdrawal of the Israeli army from the security zone it had established in Lebanon’s south). In the celebration, Nasrallah gave a speech on a giant screen and announced that his party is fighting in Syria.

During the past few weeks, Hezbollah’s leadership in Beirut received information that Jabhat al-Nusra might transfer its war against Hezbollah to Lebanon, according to different rules of engagement than those followed in Syria. In other words, Jabhat al-Nusra plans to launch operations to strike Hezbollah from the rear and sabotage its ability to fight in Syria.

Lebanese security sources expect the war between Hezbollah and Jabhat al-Nusra to escalate in the next few days. According to available information, Jabhat al-Nusra controls Lebanese and Palestinian Salafist groups in northern Lebanon, in the Ein al-Hilweh refugee camp near the southern city of Sidon, and in Beirut and its suburbs, especially in the Burj al-Barajneh Palestinian refugee camp.

According to a Lebanese security assessment, Jabhat al-Nusra can fight a war against Hezbollah in Lebanon. There are hundreds of thousands of displaced Syrians who wish to see Syrian President Bashar al-Assad toppled and who live among the Lebanese Sunni community in Lebanon. Jabhat al-Nusra can use those displaced Syrians in its fight against Hezbollah.

Recently, there have been political and on-the-ground signs that the war between Jabhat al-Nusra and Hezbollah is heading toward becoming an open war in both Syria and Lebanon. Among those signs was when Nasrallah described the Islamist opposition in Syria as “takfiris.” There has also been a statement by the Free Syrian Army (FSA) saying that the FSA will target Beirut and its international airport in response to Nasrallah’s decision to fight in Syria alongside the regime. But that statement was quickly withdrawn.

Can there really be a war between the two sides in Lebanon?

In his speech last Saturday [May 25], Nasrallah said that they would fight only in Syria and asked his Lebanese opponents who wish to fight Hezbollah to do so in Syria and keep Lebanon outside the fight. But some of Nasrallah’s supporters were critical of his speech. One of them told Al-Monitor, “Nasrallah may have made a mistake in revealing his weak spot. So [his opponents] may choose to fight Hezbollah in Lebanon, which Nasrallah is trying to keep out of the fight.” The same source told Al-Monitor that Hezbollah can fight on two fronts at the same time.

On the same day when the two rockets fell on Chiyyah, another rocket was fired toward Israel. This raised questions on whether the two incidents are connected. Some said that the party that launched the rockets in the morning is the same one that fired the rocket on Israel in the evening as a message to the Lebanese government that if you don’t pressure Hezbollah to pull out of Syria, the Syrian opposition will blow up the security situation in Lebanon, whether internally or by means of re-activating the Israeli front.

Since the beginning of this week, many Lebanese have started feeling afraid because of all these developments. Economic activity has markedly slowed since the developments started.

by Murielle KASPRZAK and Joseph SCHMID | AFP | May 26, 2022
END_OF_DOCUMENT_TOKEN_TO_BE_REPLACED