A Saudi Wahhabi sheikh has issued a fatwa in which he calls on jihadists in Iraq to kill Shiites, including women and children, in another sign of the bitter sectarian conflict dividing the region, writes Haytham Mouzahem. 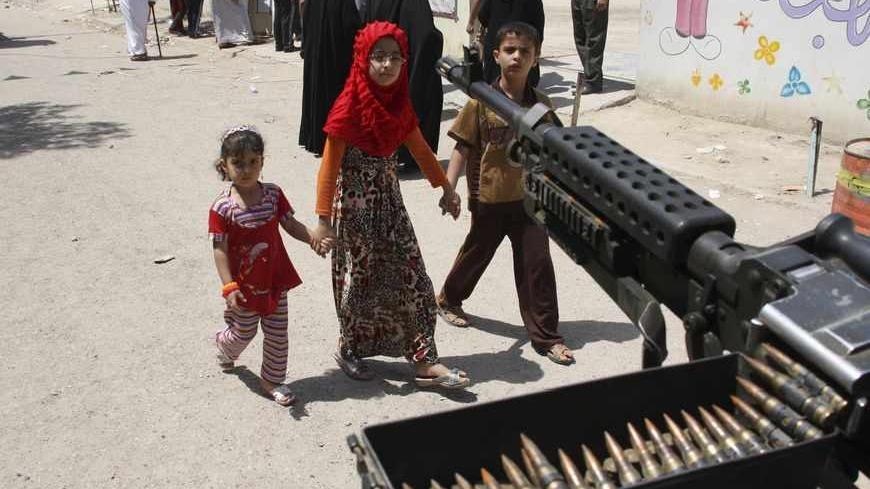 On April 23, Saad al-Durihim, a Saudi Wahhabi sheikh, posted a tweet on Twitter in which he said that jihadist fighters in Iraq should adopt a "heavy-handed" approach and kill any Shiites they can get their hands own, including children and women. This is so that the "rawafid" — a term used by Wahhabi Salafists to refer to Shiites — will fear them.

This tweet sparked sharp criticism on Twitter. Many considered it to be incitement to murder and contrary to the tolerance of Islam, which forbids the killing of women and children in battle, even those of infidels and polytheists.

Sheikh Durihim had previously posted a tweet in which he said that the people of Najd [in central Saudi Arabia] were the "saved group", meaning they alone were the only ones who would enter Paradise on Judgment Day among all humans, including other Muslims. Najd is the region of Saudi Arabia where Wahhabism originated.

Daraihim's statements denouncing the Shiites as apostates — in accordance with Wahhabi Salafist doctrine — are not the first of their kind. Takfir (the idea of Muslims renouncing other Muslims as nonbelievers) goes back to fatwas issued by Sheikh Taqi ad-Din bin Taymiyyah, a Syrian sheikh from the Hanbali school of jurisprudence born in 1283 A.D. in Harran, a city near the Turkish-Syrian border. Sheikh Taymiyyah considered Shiites to be deluded heretics. He accused Shiite scholars of blasphemy and considered the general Shiite populace to be ignorant and misguided. This led his followers — in particular Sheikh Muhammad ibn Abd al-Wahhab (1700-1791), the founder of Wahhabism — to denounce all Shiites, regardless of sect, as nonbelievers. They also authorized killing Shiites, holding their women captive, and stealing from them. This goes against the words of the Prophet Muhammad: "The whole of a Muslim is inviolable for another Muslim: his blood, his property and his honor."

Talk of a "saved group" goes back to to a hadith (a statement attributed to the Prophet Muhammad) — "My people will be divided into 73 groups, one will enter Paradise and 72 will enter Hell." Some Muslims have taken this statement — which is unconfirmed and illogical — as fact, without regard to its content or authenticity.

The aforementioned hadith has appeared in various forms, and has been a topic of controversy and debate among hadith scholars and experts in Islamic jurisprudence.

Islamic researcher Abdullah al-Sarihi has written a study in which he noted that this hadith is fabricated and of questionable authenticity. It is not a credible hadith, given that many well-known Islamic figures have questioned it and there are definitive texts that oppose this statement. Likewise, the renowned Yemeni jurisprudential scholar Mohammed al-Shawkani said that this hadith lacks authenticity and credibility.

Returning to these takfiri fatwas — which permit apostatizing other Muslims and subsequently killing them (and their women and children), stealing from them, and taking their women captive — we see that this is contrary to the true principles of Islam and the laws of all Semitic religions. The Prophet Muhammed would play games with children, befriend them, and joke with them. The Prophet was also kind to animals; when he was on his way to conquer Mecca, he saw a dog with her puppies and ordered his followers not to disturb her. He also ordered his followers not to tamper with the bodies of enemies as revenge for what the infidels of Quraysh did to his uncle Hamza's body. He even forgave Hind bint Utbah, the wife of Abu Sufyan ibn Harb, and her servant Wahshi, who killed Hamza, desecrated his body, and have his liver to Hind to eat as revenge for the death of her father Utbah who was killed by Hamza in the Battle of Badr.

The Prophet ordered his army commanders and fighters not to kill the women and children of infidels, and not to cut down trees or destroy buildings.

Islamic writers of various sects have been obsessed with this fabricated hadith about the "saved group", and have worked hard to determine the 73 sects. They have done this by counting various sects and dividing them into sub-sects to reach the desired number.

Today, a major problem in the Islamic world is represented by the large number of muftis and sheikhs who are unqualified to issue fatwas, yet still issue fatwas characterized by idle talk and improvisation. Some Islamic jurists and preachers affiliated with sultans were still apostatizing other Muslims to satisfy their sultans.

This isn't limited to just takfir, but has progressed to the point of permitting killing, stealing from, and dishonoring of other Muslims. It even reached the point of bombing, where some youth have been deceived into believing that the shortest path to Paradise — to coming face to face with God — is carrying out a suicide bombing to kill infidels. These suicide bombers not only target fighters, soldiers and politicians, but also target mosques, churches, markets, schools and hospitals.

These suicide bombers are truly misguided, and the blame falls on those who are described as religious scholars. These so-called scholars are not concerned with the image of Islam held by other Muslims, as they see Muslims killing one another and blowing up each others mosques.

If we accept the argument that there is a Muslim sect that has erred and deviated from Islam, doesn't this mean we should invite them to [the true] Islam?

Didn't the Quran say, "Invite (all) to the Way of thy Lord with wisdom and beautiful preaching; and argue with them in ways that are best and most gracious: for thy Lord knoweth best, who have strayed from His Path, and who receive guidance"? (Sura An-Nahl, verse 125)

There is no sect or group that maintains a monopoly on extremism and takfir, all sects are apostatizing others. Even members of the same sect or political group are now apostatizing members of their own group because of political disputes or a struggle for power and leadership.