IS emerges from radical Islamic jurisprudence

The Islamic State and other radical groups found their religious underpinnings in the heart of Islamic teachings. 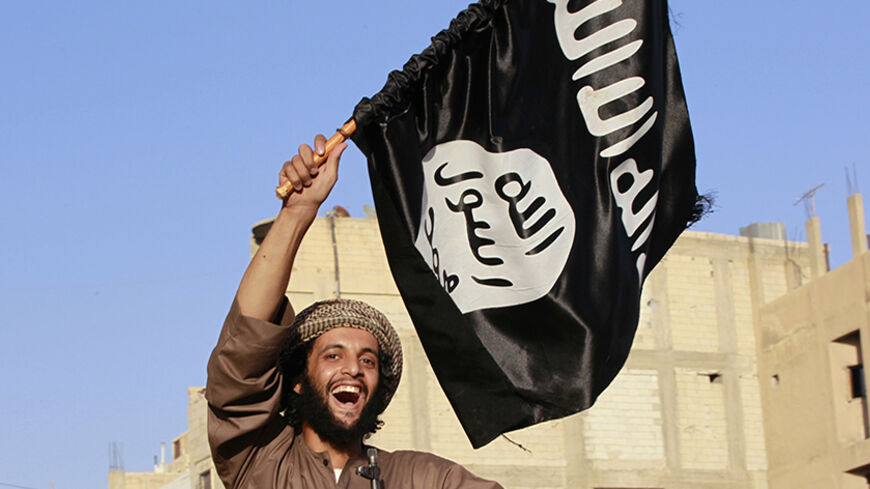 An Islamic State fighter waving a flag cheers as he takes part in a military parade in Syria's northern Raqqa province, June 30, 2014. - REUTERS

The Islamic State (IS) did not originate from barbaric communities or prehistoric peoples. In fact, instead it is a fundamentalist Islamic group stemming from the core of radical Islamic jurisprudence. The organization adheres literally to the fatwas and dogma of radical Islamist scholars, mainly Sheikh Taqi ibn Taymiyyah (1263-1328).

This does not apply only to the IS, but to all fundamentalist Islamic organizations and Salafist jihadists such as al-Qaeda and its branches, the Muslim Brotherhood, Gamaa Islamiya in Egypt and, formerly, the Wahhabi movement in Saudi Arabia. All these movements based their beliefs on the radical dogma of Ibn Taymiyyah.

Al-Qaeda — the forerunner of IS — mixed Salafist ideology and political Islamic doctrine, for which the Muslim Brotherhood laid the foundations in Egypt in the mid-1900s.

Abdullah Azzam, the spiritual father of al-Qaeda, was one of the Muslim Brotherhood’s members in Jordan. He left the country to fight in Afghanistan against Soviet forces.

Ibn Taymiyyah required Muslims to wage wars of jihad against those he described as infidels, apostates, doubtful Muslims and other classifications. The Muslim Brotherhood ideology, on the other hand, stresses that all countries of the world are infidel states. By mixing these two concepts, radical Islamists saw the need to wage war and establish an Islamic caliphate.

The most important fatwa upon which IS bases its holy war or jihad is the "Mardin" fatwa.

The historical frame of this fatwa can give us an image of the cause of this extremism, which marked all Ibn Taymiyyah fatwas. He was born in Mardin on the border between present-day Syria and Turkey in 1263.

When he was 7 years old, the Mongols attacked and overran his town. Ibn Taymiyyah was moved to Damascus to live with his grandmother. Jihadists believe that when he became an Islamic jurist, Ibn Taymiyyah issued a fatwa encouraging the fight against Mardin and its people (although the fatwa has been a source of disagreement among Muslim scholars for a long time). Many hard-liners and advocates of the Salafist jihadi ideology perceive this fatwa as a permission to wage war to impose Sharia even within Islamic countries.

Ibn Taymiyyah had another fatwa on "collateral damage," which stipulated that the “mujahedeen” (fighters) who intended to target “infidels” were allowed to kill other Muslims who might stand in the way of reaching the mujahedeen's goal.

Al-Qaeda used this fatwa to justify the killing of large numbers of Iraqis with car bombs and improvised explosive devices after the US invasion in 2003.

As for cutting off hands and heads, jizya tax imposition on non-Muslims, female genital mutilation, destruction of tombs and shrines and other practices carried out by IS, they are all enshrined in Salafist doctrines set forth mainly by Ibn Taymiyyah. His doctrines are gathered in a book titled “Majmu' al-Fatawa” by Ibn Taymiyyah.

The truth of the matter is that these doctrines are taught regularly in schools and universities in many Arab countries. It is worth mentioning that Abu Bakr al-Baghdadi, the current leader of IS — who proclaimed himself a caliph of Muslims in Mosul — studied these doctrines in the Faculty of Islamic Sciences in Baghdad.

Given that IS acts are based on authentic Islamic faith [principles] and doctrines, many Islamic institutions in the Arab and Islamic worlds have yet to condemn it. They perceive the organization’s acts as adhering to the principles of Sharia. The only difference between the two sides is the timing of the proclamation of the caliphate.

The only religious institution that condemned IS is Al-Azhar. The institution does not espouse the doctrine of Ibn Taymiyyah — known as the Hanbali School — it rather advocates the Ash’ari theology, which is characterized by moderation. Al-Azhar is at variance with these organizations in many of their beliefs. It has its own vision about the concepts of jihad and the state, which differ from the doctrines espoused by groups such as the Muslim Brotherhood, IS and al-Qaeda.