Given the geopolitical trends and commercial interests in the region, Ankara may be leveraging crude from the Kurdistan region of Iraq as a means of getting the best energy bargain with Baghdad. 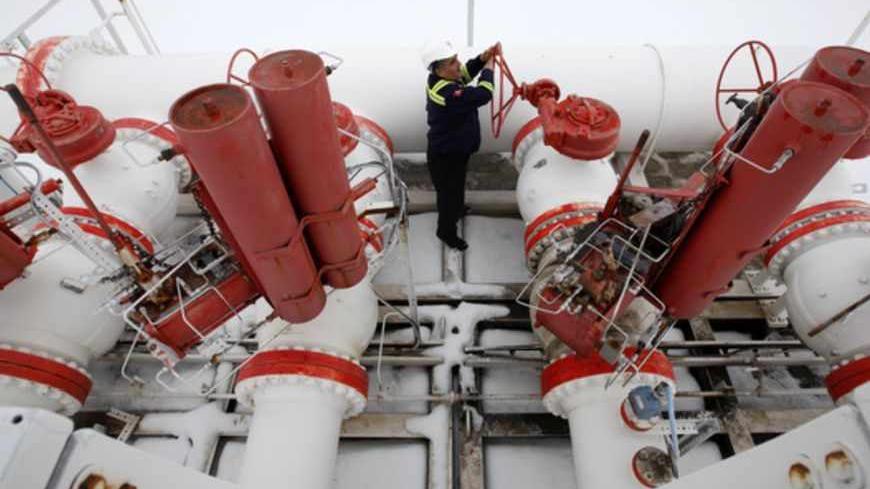 The proposed energy framework between Turkey and the Kurdistan Regional Government (KRG) has raised hopes for independent Kurdish oil exports and a viable way to pay international oil companies (IOCs) in the Kurdistan Region. Some think the framework could eventually give the Kurds an alternative revenue source that replaces Ankara for Baghdad as the region’s financier. Yet, while encouraging Kurdish energy development, Turkey still has made no clear commitment to an independent pipeline that would circumvent Iraqi state sovereignty. This is because Ankara’s endgame is not only securing Kurdish crude, but maximizing Turkish commercial interests in Iraq. Doing so will likely entail negotiations with Baghdad that include Erbil, but which prioritize Iraq’s territorial integrity, secure Ankara’s interests and seek concessions from the Kurds.

Turkey’s quest for Kurdish crude is not surprising, given its geographical proximity to the region, domestic energy needs and growing influence over the KRG. Ankara is not only well-positioned to continue "bartering" operations with Erbil — exchanging trucked, Kurdish hydrocarbons for diesel products — but to further entrench its energy interests by establishing a state-affiliated company that would invest in Kurdish oil fields. This tactical move would allow Ankara to circumvent Baghdad’s blacklist of companies without jeopardizing its state-led (TPAO) hydrocarbons investments in southern Iraq.

Still, beyond creative media reporting and sporadic, inflammatory remarks by Turkish Prime Minister Recep Tayyip Erdogan, Turkey has taken no real steps to promote viable, independent Kurdish exports that would jeopardize Turkish investments in the rest of Iraq. Erdogan may have stated the KRG’s rights to sign its own energy deals within the framework of the Iraqi constitution, but he has affirmed that Turkey’s interests were to increase volumes of the existing pipeline. To ease concerns by Iraqis and international partners, Turkish Minister of Energy Taner Yildiz further indicated that Turkey remains committed to southern Iraq. He also suggested ways that Turkey could develop a joint project with his “Iraqi brethren,” including a third pipeline that would export southern Iraqi crude to Turkey.

A deeper look at the proposed Turkey-KRG energy deal reveals that talk — or threats — of an independent pipeline has largely been a mantra of the KRG and vested business interests, but which has not materialized on the Turkish side of the border. Some IOCs are certainly building feeder pipelines inside the Kurdistan Region, but these internal pipelines represent cheaper and more efficient means to transport crude from remote fields to storage facilities and quasi-refineries, and not a Turkish-backed independent line. These internal pipelines will likely continue to help source the local market and border trucking exchanges. With negotiation, they could potentially be connected to the existing Turkish-Iraqi line.

In fact, given the larger geopolitical trends and vested commercial interests in the region, Ankara may be leveraging Kurdish crude as a means of getting the best energy bargain with Baghdad. Doing so will require a rapprochement with the Iraqi government — an effort supported by the US as it attempts to engage Iraqi and Turkish officials on shared energy interests despite personal tensions between Erdogan and Iraqi Prime Minister Nouri al-Maliki. The United States also continues to affirm its commitment to Iraq’s territorial integrity and warns the KRG against challenging Baghdad’s authority over energy contracts and exports without a national hydrocarbons law.

Indeed, Ankara will likely pursue its energy interests with the KRG regardless of US warnings, much the way it continues to import small quantities of Iranian crude with gold payments despite sanctions. The KRG also has become more resilient to US admonitions, insisting it is equal to Baghdad and disinterested in any federal energy-management plan. Involved parties insist that bilateral energy deals involve private business exchanges and do not violate the constitution or Iraqi sovereignty.

Still, external influences over a large-scale Ankara-Erbil export scheme should not be underestimated. Thus far, no regional allies and foreign governments have shown support for a bilateral energy deal that would violate Iraqi sovereignty. It also is unlikely that IOCs or foreign governments would buy into a proposed “escrow account” that would give Ankara control over Iraqi oil and export payments. The high risk of legal retaliation by Baghdad against Turkey, banks and private companies involved would prevent disbursements in any direction until fundamental decisions over hydrocarbons, including an oil or revenue-sharing law, are negotiated. Turkey’s energy calculus also will be shaped by Baghdad’s next bidding round, the Syrian crisis and the survivability of the cease-fire with the Kurdistan Workers Party.

The real question, then, is not whether Ankara and Erbil will deepen their energy ties, but the nature of these commercial exchanges, who benefits and the extent to which they will alter the existing political order. While Turkey affirms that an energy framework could lead to a "win-win-win" situation between Ankara, Erbil and Baghdad, the final agreement will likely be a state-to-state energy deal. In this outcome, the KRG will remain an essential partner, but not necessarily on terms that Erbil can fully control.