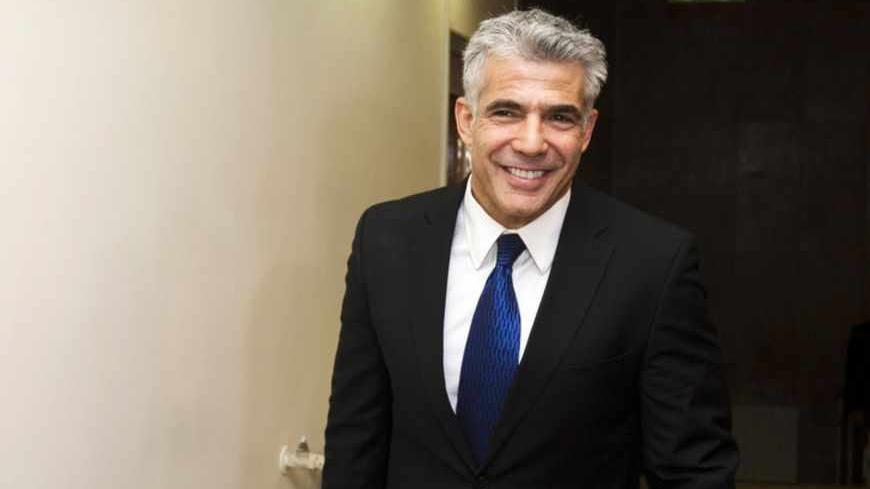 Thursday, April 11, was a day to remember: The office of Israel's finance minister issued an official news release. Until now, Finance Minister Yair Lapid has preferred addressing the public through his Facebook page, granting not a single media interview in the three months that have elapsed since the January elections.

The news release, issued to the financial media, announced a decision to come down hard on the rich: Taxes will be raised on luxury homes, cigars, yachts, cars and other top-tier toys. On one of his last Facebook posts, Lapid compared the task he faces, covering the national deficit, to that of an average family with a massive overdraft at the bank. Well, if we continue with this analogy, then the idea of raising taxes on luxury items contributes to covering the national deficit about as much as cutting the budget for matches would help reduce the average family’s overdraft. Do the math. The measures Lapid is trumpeting are worth about NIS 300 million [$83 million] to the state treasury, while the overall deficit exceeds NIS 40 billion [$11 billion].

A few hours after the manipulative announcement issued by Lapid, the broader picture began to emerge. It thus appears that it is not only the rich who will take a hit, everyone will pay more: The value added tax will increase, income taxes will be raised, and child allowances will take a significant hit. So, why, when it finally decides to turn to the media, does the finance minister’s office choose to present a partial and misleading picture? It's clear. Everything derives from the overriding task the finance minister has set for himself — to maintain his popularity while implementing harsh measures and making cuts.

Lapid does not want to be another [Minister of International Relations] Yuval Steinitz, his predecessor, who became a puppet of the treasury officials of his own volition, and in so doing completely lost the public’s confidence. He also does not want to become Ronny Bar-On, [Minister for Regional Development] Silvan Shalom or [Prime Minister] Benjamin Netanyahu, whose terms as finance minister lost them precious public opinion points. Lapid wants to be prime minister. To do that, he needs to set a precedent and prove that one can simultaneously be a finance minister as well as a popular figure.

Faithful to the old saying “there’s no second chance to create a first impression,” Lapid is now trying to charm and wink at his voting public. He indeed must come down hard on many middle-class Israelis, those so dear to his heart, but he will load the Web with sensitive posts describing his difficult and agonizing labors.

Yes, he will cut, but with an empathetic smile and a tear in the corner of his eye. He is undoubtedly aware that if now, before his term has barely begun, he is branded as the “brutal cutter” — most of his predecessors can tell him how that feels — he will have a hard time down the line repairing the damage done. No one remembers that Netanyahu, toward the end of his term at the treasury, instituted an income tax reduction and lowered the price of consumer goods. The rigid budget cuts that he adopted at the start of his term, like now, sealed his public image and did damage that took a long time to repair.

This is the starting point for today's endless Facebook posts, Riki Cohen [a composite Facebook figure of a supposedly middle-class Israeli of whose sufferings Lapid wrote] from the town of Hadera, the highly publicized and intensifying clash with his ministry’s officials and the grotesque attempt to depict the budget cuts program as one that will hurt the rich first and foremost.

On the face of it, Lapid’s fight is destined to fail. The all-out effort Lapid is investing in the struggle for public opinion will stall the minute he sticks his hand into his voters’ wallets. This is, of course, the reason he did not want to be finance minister to begin with and accepted the job only after being manipulated into it by the prime minister.

Lapid's term at the Finance Ministry could turn out to be a fatal car crash on the road to the top. The television star and election surprise, who had hoped to be named foreign minister and sail leisurely through the world’s salons, is now being forced into losing the credit he had accrued with the public far faster than planned.

Snap judgment of Lapid's first three weeks on the job does not give him too many extra points. The Facebook barrage he unleashed the minute he sat down in his ministry armchair did not do the job he intended, serving perhaps instead to remind us of his great talent as a columnist. The post about the lady from Hadera, who together with her husband earns much more than most Israelis, illustrated to many that the man who at the start of the 2011 social protests wrote to his “fellow slaves” in the Israeli daily Yedioth Ahronoth is not really in tune with his brothers’ woes. In the meantime, he continues to deliberately ignore the media of which he was a part not so long ago and avoids answering their questions.

In all fairness, it is doubtful whether anything Lapid did or will do can lessen the public outrage likely to erupt once the new fiscal measures are revealed in full. Public criticism is part of the finance minister’s job. His political achievement will be measured by the extent to which he manages to share the criticism equally between himself and Netanyahu.

Ultimately, the prime minister, who is getting a kick out of watching his potential rival’s difficult moments from a safe distance, is the man responsible for the deficit created in his previous term. It is fair to assume that Lapid, too, remembers this simple fact. At some point he will surely write about it on Facebook.