Tammam Salam, a parliamentary representative from Beirut and a member of the March 14 coalition, looks to be a likely candidate for prime minister of Lebanon, Elie Hajj writes. 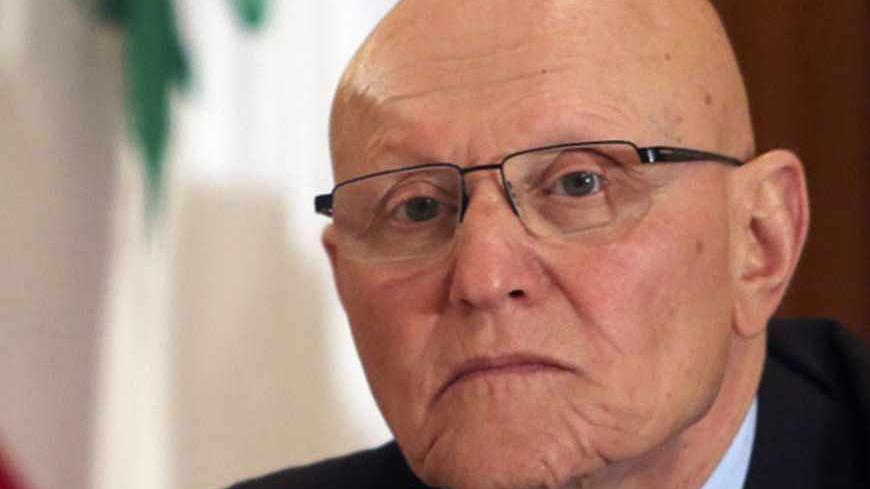 “We neither seek it, nor do we strive for it.” This is what Beirut’s representative in Parliament, Tammam Salam, told me when I asked him about the accuracy of information about him possibly being the March 14 coalition’s candidate for prime minister during the binding parliamentary consultations scheduled to take place on April 5 and 6. But, for clarity’s sake, he added, “If the opportunity arose for us to serve the country, so be it.”

This would seem to mean that he is willing to succeed outgoing Prime Minister Najib Mikati. All that remains is for the March 14 coalition, of which he is a member, to secure the majority of Parliament members’ votes when they hold their binding consultations with President Michel Suleiman. In reality, for him to become prime minister, he would only need the votes of Walid Jumblatt's seven-member moderate bloc.

Why did Salam’s chances improve at the expense of all others? A partisan politician who participated in the leadership meeting of the opposition coalition at former Prime Minister Saad Hariri’s home, known as “Center House,” said that discussions centered on identifying a Sunni personality who could refrain from running for Parliament — to abide by the condition set by the opposition itself — and who could, at the same time, garner the support of Jumblatt, which would increase the likelihood of attaining the premiership.

Once Hariri made it clear that former Prime Minister Mikati was not an acceptable option, despite his being favored by Jumblatt, a set of different names was proposed, most of which were later ruled out. Former minister and head of Lebanon’s economic committees, Adnan Kassar, for example, is too old. The Future Movement is not very enthusiastic about naming him, probably because he does not have close ties with the movement, or because he was a minister in Omar Karami’s Cabinet when former Prime Minister Rafiq Hariri was assassinated on March 14, 2005. He also refused to resign when asked to do so, only to leave office when Karami himself resigned as a result of popular, political and media pressure.

Everyone in the Future Movement remains silent when Kassar’s name is mentioned, although Jumblatt referred to him as the only acceptable name to head a neutral government. But Jumblatt expressed this opinion before holding a series of consultations with Hariri and the Saudi leadership, through his representative Wael Abou Faour, the current minister of social affairs and the closest man to Jumblatt these days, who was accompanied by Jumblatt’s son Timor on his visit to Saudi Arabia. Their consultations and meetings there included seeing the director general of the Saudi Intelligence Agency, Prince Bandar bin Sultan, and resulted in all prior disagreements being overcome. Subsequently, Hariri was informed that the National Struggle Front’s bloc in Parliament, headed by Jumblatt, would agree to whomever the Future bloc nominated.

As a result, the parliamentary majority that elected Mikati as prime minister two years ago, and allowed Hezbollah to control the majority of votes within the Cabinet, no longer exists. Mikati has no chance to return to the premiership. In rejecting him, the Future Movement will use the pretext that the he had announced his intention to run for Parliament, and therefore did not meet the conditions required of the head of a neutral, technocratic government.

Following the submission of a few names and Sunni friends of Jumblatt, Lebanon’s ambassador to the United Nations, Nawaf Salam, was proposed as a potential candidate. The proposal was met with support due to his experience, as well as his cultural and educational background. But it was decided later on that Hezbollah would consider Ambassador Salam’s nomination provocative, especially considering that Salam was one of the authors of UN Resolution 1701, which ended the July 2006 war. Salam is also viewed as coordinating — along with the secretary general of the UN — the implementation of the resolution that calls on Hezbollah to withdraw its weapons north of the Litani River.

It was therefore deemed more productive at this stage not to provoke Hezbollah into any action that would halt the constitutional process as a whole in the country, or completely change the balance of power, as occurred in January 2011, when small groups of Hezbollah members were deployed to some of Beirut’s streets in the early dawn. This drove Jumblatt to change his mind and agree to naming Mikati as head of the Cabinet during the consultations with the president.

In addition to this important consideration, Salam’s nomination would also be considered a breach of the long-standing tradition to respect and give precedence to the oldest political figure within the same family. Therefore, if a member of the Salam family is to be named, it would be preferable that the nomination goes to MP Tammam (68 years old), the son of the late Prime Minister Saeb Salam, whose name does not challenge nor provoke anyone, due to his traditional and open Beiruti personality, and his good political relations with all factions. Salam not running for Parliament will not be a problem because he would attain a much more important post by becoming prime minister.

The politician who talked to Al-Monitor about this matter said that the probability of Jumblatt endorsing the son of Saeb Salam’s prominent political dynasty seemed high from the onset. But MP Salam, who is an independent member of the Lebanon First bloc, without being a member of the Future bloc, was not well-informed about all the vicissitudes when he answered Al-Monitor’s question about his nomination by saying: “There is a lot of talk behind the scenes, which is normal. But no one has approached me about this matter yet. In my estimation, nothing in this regard will change before Thursday. We do not seek it (the premiership), and we don’t strive for it. But if the possibility arose that we may begin to serve the country, then so be it. The picture will become crystal clear before the nomination consultations begin on Friday. I do not rule out the prospect that President Suleiman will postpone the consultations for a few days, if he thought that the atmosphere was too charged or the opinions too divergent. These consultations were supposed to begin last Tuesday, but he postponed them until Friday to give more time for all the factions to confer.”

Salam added: “My feeling is that everyone in Lebanon is wary of the current situation. All want to take conciliatory steps.” He noted that outgoing Prime Minister Mikati rushed the president into naming him to form the new government, but on the condition that it be a coalition government, contrary to the outgoing one, which consisted of representatives of factions espousing the same political views.

But the formation of a political government is not acceptable to the March 14 coalition, which views such a step as an indication that elections will not be held. The coalition insists that the new government be neutral and composed of technocrats who would be tasked with the specific mission of organizing legislative elections, even if these elections were postponed for a few months on technical grounds.

Salam opined that the nature of the new Cabinet is tied to the fate of the elections, for the government would be compelled to adopt an electoral law as soon as possible. Otherwise the country would face the dangerous prospect of extending Parliament’s mandate for a long period of time. He added: “I heard talk about giving Parliament a two-year extension. In this case, Lebanon would need a government able to withstand the ensuing difficult period, capable of formulating an electoral law and keeping up with all the developments, especially in light of what is happening in Syria, while trying to distance Lebanon from any repercussions emanating from the Syrian crisis so that security may be safeguarded. In parallel, the government will have to meet the daily needs of people and run the economy in these very difficult times, while bridging the great lack of trust that prevails between Lebanese factions. All in all, it is a difficult task indeed.”