A seeming consensus on Tammam Salam as Lebanon's next prime minister does not assure Lebanon that its many crises, including over the electoral law and the consequences of the war in Syria, will be any easier to address, writes Ali Hashem. 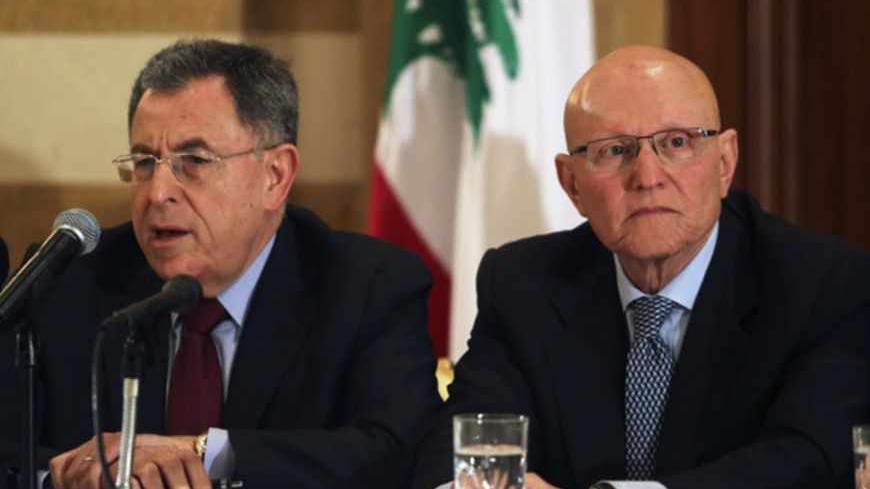 For the first time in years, Lebanese political rivals may have found common ground.

Both the March 8 and the March 14 coalitions are behind MP Tammam Salam as their candidate for prime minister, following the resignation of Najib Mikati on March 23, 2013.

This common ground could shake at any time, due to the political and security earthquakes inside and around Lebanon.

Both Mikati and Salam helped to make this political miracle come true, though it was Druze MP Walid Jumblatt who started it all.

Jumblatt, who helped Hezbollah and March 8 two years ago topple then-prime minister Saad Hariri's cabinet and form a new coalition including himself and Mikati, played a pivotal role in ending Mikati's government.

Jumblatt's step did not only shuffle the cards in Lebanon; it appeared to put Saudi Arabia back in the game for the first time since Hariri's departure. The kingdom had been losing ground to other regional players. There is also, of course, Iran's relationship with Hezbollah. Qatar seemed ascendant relative to the kingdom in the Arab World, including Lebanon. But once again from Lebanon, the kingdom and its allies hope they will start their comeback.

Tammam Salam is the son of Saeb Salam, a six-time prime minister and one of the heroes of Lebanon's independence. Salam is not Saudi Arabia's man in Lebanon, but rather a good and very old friend. Salam will find the way open toward the Grand Serail in downtown Beirut; still, this is not enough for him to succeed. He will have to form a coalition government and reach a consensus on the next ministerial statement to be able to rule. His mandate is unlikely to be easy, with all the differences surrounding him not only in Lebanon, but in the region.

Salam's new cabinet will have to prepare for the parliamentary elections. Lebanese parties are battling over the new electoral law, and this is one of the main duties he'll have to work on. Differences in this regard might be much more serious than expected. Another main issue that might delay the formation, or at least the vote of confidence, in parliament will be Hezbollah's arms, or what's known here as the resistance's arms. The previous governments addressed the resistance as one of three main pillars of Lebanon: "the Army, the people and the resistance." Today, many believe this might be impossible.

March 14 will seek to block Hezbollah from gaining such legitimacy once again, given the raising rivalry between Sunnis and Shiites in Lebanon and the region and Hezbollah's role in Syria. But this will lead to the collapse of the government before it even holds its first meeting — or worse.

Lebanon's relations with Syria will have to be addressed, as well as the ties with the regime in such circumstances, the position on the revolution and much more. All these points will leave the new prime minister with few choices, especially someone like Salam, who has no known history in hard politics.

Still, some believe the new cabinet is only transitional, and that is why political factions might tend to ignore the contentious issues and concentrate on the elections. This might be a solution if the main chefs in the Lebanese political kitchen agree on cooking a tasteless and odorless dish — it might not be their best, but enough for a lunch.