According to sources in the March 14 coalition, the slow process of forming Prime Minister Tammam Salam’s new government may damage both him and the coalition, Elie Hajj reports. 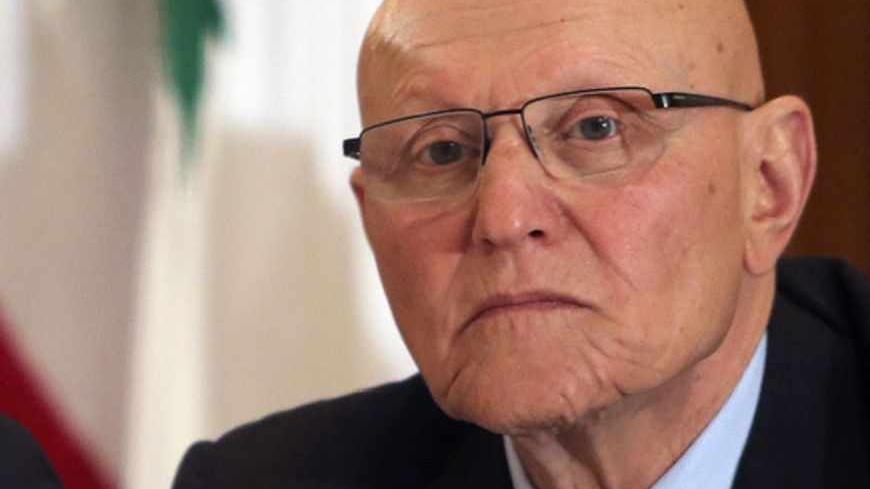 Since last weekend, the political side that nominated Lebanese Prime Minister-designate Tammam Salam has been pressing him to announce the cabinet that he sees fit, as long as it is made up of politically unaffiliated figures and technocrats who will not be running in the upcoming parliamentary elections, whose fate is now uncertain.

A key March 14 figure told Al-Monitor, “We support Prime Minister-designate Salam in his mission and we are not burdening him with conditions. We want him to succeed because his success is our success. But we will not back down on what we agreed and demanded of him [forming a non-political government]. We do not want him to make concessions, either. He is not planning to do so, anyway.”

Regarding the time frame to form a new cabinet, the March 14 figure said, “It is not open-ended. Actually, we have started pressing him to complete the matter as soon as possible. ... The passage of time is costly to both him and us.”

What one March 14 figure said in passing was expanded upon by a prominent March 14 politician. He said that Hezbollah and its allies took part in the naming of Salam during the parliamentary consultations because they had no alternative. But just days later, they launched an intimidation campaign against Salam. The campaign was effective, at least with regard to Progressive Socialist Party leader MP Walid Jumblatt, who informed the president that he will not join a government that is not approved by Hezbollah. For his part, President Michel Suleiman advised Salam to grant more time to overcome the obstacles hindering cabinet formation.

According to that politician, Hezbollah’s campaign resulted in the following: If Salam’s new government is not a national-unity government — in the sense that it includes Hezbollah and its allies, which will together hold the vetoing “blocking third” as well as assume important ministries such as energy and communications — then Hezbollah will deem the new cabinet a “defiance cabinet” and will “confront it with all its means.”

The politician added, “The prime minister-designate should not waste time and fall into the downward spiral of impossible demands and conditions. He should also not repeat our experience in the ‘national-unity’ cabinets. We wish to see a new cabinet in the coming days. If the matter is not resolved ... it will not be resolved in the next one, two or three months. The policy of ‘going slow’ is costing us our most powerful weapon: public support. The latter is now losing its momentum. ... Let us recall that as soon as Salam was designated to form a new cabinet, the financial markets were revived and the country experienced hope. ... But unfortunately, the wave of support is fading. So a new cabinet should be formed as soon as possible, if not this week then by next week at the latest.”

The politician then points to another aspect of the dilemma: “If a new cabinet is not announced soon, then it will not be possible to hold the parliamentary elections on time in June, or even with a slight technical delay of a few months. If there is no cabinet with full powers and if the elections do not happen, Lebanon will enter into a coma. ... We have started urging the prime minister-designate to present his proposed cabinet to the president. And let everyone bear their responsibilities. If the president signs the cabinet-formation decree, then the cabinet will go to parliament, where it will either be granted or be denied confidence.”

The politician concluded, “The position of the March 14 alliance in this matter is strong, because the alliance is not asking anything for itself, contrary to the other side, which is insisting on obtaining certain ministries.”

To that, a journalist who spoke to Al-Monitor added, “If Hezbollah’s participation in the cabinet were ‘permitted,’ then former prime minister Najib Mikati’s cabinet would not have fallen in the first place!”