The State of Saudi Reform

Haytham Mouzahem considers the status and struggles of the Saudi opposition and reform movements. 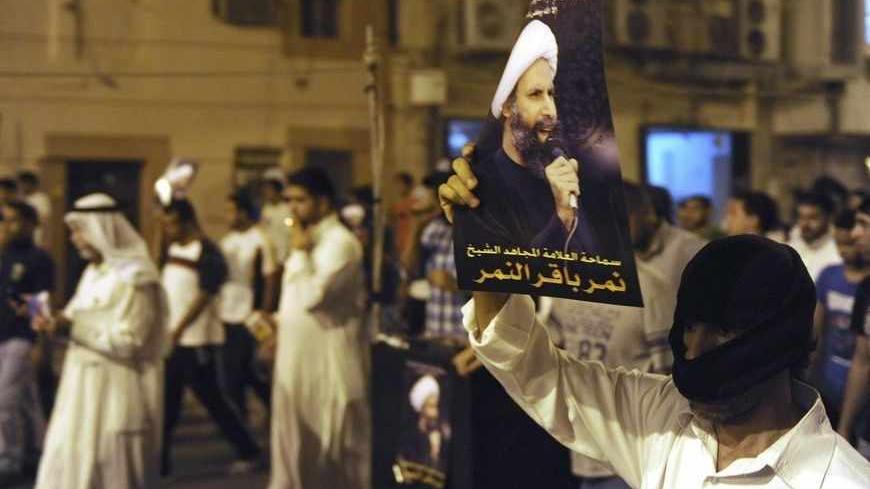 A protester holds up a picture of Shiite Sheikh Nimr al-Nimr during a July 8, 2012, rally in the Saudi Arabian coastal town of Qatif against Nimr's arrest. - REUTERS

A few days ago, Saudi Arabia’s grand mufti, Sheikh Abdul Aziz Al-Sheikh, warned of the Islamists who call for reform. This statement was understood as a criticism of the Muslim Brotherhood and as a response to Saudi reformist sheikh Salman al-Awda, who had denounced rights violations in the kingdom and called for reform and the release of political prisoners.

Al-Awda, a former figure in the Saudi “awakening movement” that is close to the Islamist thought of the Muslim Brotherhood, said last month that "his country is suffering political congestion caused by financial and administrative corruption, rampant unemployment and widespread poverty."

Al-Awda is one of many Sunnis in the country, Islamist and liberal, who have, since 2003, repeatedly called for political reform in the kingdom.

It seems that the Arab Spring has not threatened the stability of the Saudi regime, the world’s last absolute monarchy. Saudi authorities have responded with repressive measures against protesters who expressed criticism or opposition to the regime.

It was not a surprise that the Saudi kingdom received ousted Tunisian President Zine El Abidine Ben Ali and granted him asylum and refused his extradition to the new post-revolution government in Tunisia. Also, Riyadh tried its best to get former Egyptian President Hosni Mubarak released from prison following the Jan. 25 revolution. Thus, Saudi Arabia could not prevent change and revolution in Tunisia and Egypt, but expressed sympathy with the tyrannical rulers of both countries.

Despite its support of the Libyan revolution to overthrow Col. Moammar Gadhafi, and its arming and funding of Syrian factions fighting the Syrian regime of President Bashar al-Assad, the Saudi government is still opposed  to the “Arab awakening” and to any type of political change or constitutional reform, as well as the democratization process and sharing of power in the region.

Nonetheless, the kingdom has witnessed, since February 2011, demonstrations, mainly in the oil-producing Eastern province, in the Shiite towns of Qatif and Awamiyah, and women’s rights protests in the western Hijaz and the conservative Najd, demanding the abrogation of the ban on women driving.

Saudi authorities have repressed these protests and security forces opened fire against the Shiite protesters in Qatif and al-Ahsa, killing 15 people and injuring many others in 2011 and 2012. Dozens of people were arrested, including prominent Shiite cleric Sheikh Nimr al-Nimr.

Saudi support of revolutions in Libya and Syria does not extend to Bahrain, the small neighbor with a majority Shiite population that has strong historic ties with Saudi Arabia’s east. Bahrain historically was located in the east of the Arabian Peninsula, stretching  from Basra [now in Iraq] to the north to Oman in the south, and along the coast of the Persian Gulf, including al-Ahsa and Qatif, and the other Gulf states of today.

For that reason, the Saudi government supported Bahraini authorities in suppressing protests demanding a real political reform and power-sharing with the monarchy. Saudi and other Gulf states intervened militarily in Bahrain to prevent the fall of another dictatorship in the region, this time a monarchy.

A former Lebanese ambassador to Washington explained the Saudi and Qatari support of the military revolt in Syria, led by mostly Islamist Syrian and multinational fighters, including from al-Qaeda. The envoy said  the two monarchies are confronting change by not letting it extend from Syria to their countries.

Inspired by the region’s Arab Spring, 10 scholars in February 2011 formed the first political party in Saudi Arabia, the Umma Islamic Party, and asked the king for recognition despite the ban of political parties in the kingdom.

The new party stated, “It's time to endorse political rights, including the right to elect a government, promote the role of women in society and preserve women's rights.”

Saudi Arabia has held only one election in its history, in 2005, to choose half of the members of municipal councils; the other half were appointed by authorities.

Following the Arab Spring revolutions in 2011, 26 Saudi intellectuals, including preachers and academics and activists, appealed to King Abdullah bin Abdul Aziz for a radical political reform, particularly the full election of the Shura Council (parliament). The letter warned the Saudi monarch of the revolution’s serious consequences if the rulers “did not listen to the demands of their people for reform, development and freedom.”

"Saudi Arabia's judicial system is corrupt and totally dependent on the ruling dynasty. In many cases, it is bribed with millions of dollars to issue verdicts in favor of princes," Shiite activist Fuad Ibrahim said in a statement.

A WikiLeaks document indicated that oil revenue seems to primarily enrich the ruling Al Saud family. According to the cable, a Saudi prince told the US ambassador in Riyadh in 1996 that revenues from “one million barrels of oil per day" go entirely to "five or six princes." The document explains the distribution of income among members of the ruling family. The Ministry of Finance distributes a portion of the country's oil proceeds to each royal family member in the form of monthly stipends. Every royal reportedly received a monthly allowance from birth, on a sliding pay scale of $800 (for distant royals) to $270,000 (for sons and daughters of the king. The US Embassy calculated these stipends to total more than $2 billion of the Saudi government's $40 billion annual budget. In addition to that stipend, a prince may obtain a bonus of $3 million as reward for getting married or building a palace.

Following the attacks of Sept. 11, 2001, Saudi Arabia attempted some religious and educational reforms in order to avoid US pressure over accusations that the kingdom promoted a radical form of Islam that helped lead to the creation of al-Qaeda. After the American failure in Iraq, US pressure eased, and Saudi Arabia stopped most of its reform steps, particularly on the political and socio-religious tracks.

Still, the Saudi government  recently announced that women will be allowed to vote in 2015 municipal elections. That is one step in the long road toward democracy in a country where there is a need for real constitutional and political reform; this change is needed to put an end to tyranny and corruption while tens of thousands of Saudis suffer from poverty and unemployment in the largest oil exporter in the world.