Geoffrey Aronson writes that settlement expansion will be a priority under the new Israeli government. 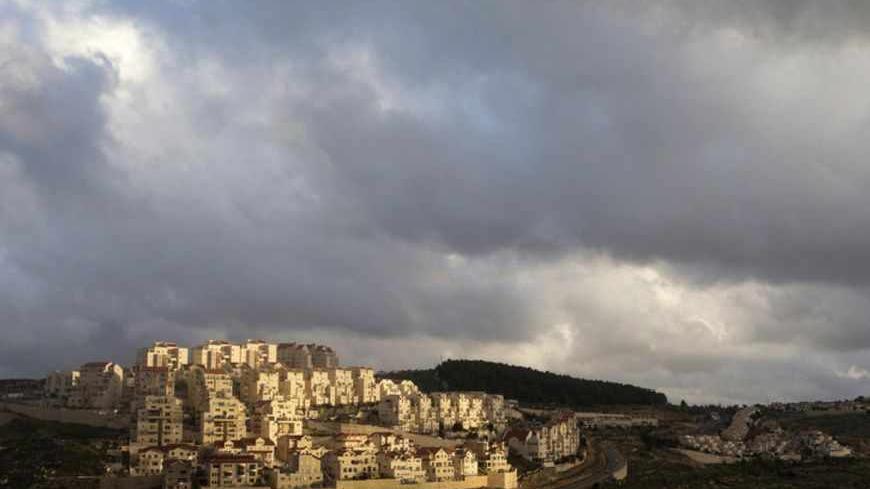 Houses are seen in a general view of the West Bank Jewish settlement of Efrat, near Bethlehem, March 17, 2013. - REUTERS/Ronen Zvulun

The only time the word “peace” is mentioned in the coalition government of the newly installed Israeli government led by Prime Minister Benjamin Netanyahu is in the section promising a member of Yesh Atid a place in on the negotiations committee to be headed by Tzippi Livni. Livni, of course, will not be making policy. Netanyahu's alter ego, Yitzhak Molcho, promises to be in the room at all times. And the rejectionist tone of the government will be set by a diplomatic mini-cabinet including Netanyahu, Minister of Defense Moshe Ya'alon and Minister of Economy and Trade Naftali Bennet, a former director of the Council of settlements in Judea and Samaria (Yesha).

This aspect of the new government's priorities is not surprising. It promises to be the most unambiguously partisan in favor of Jewish settlement in the occupied territories of any of its predecessors. Acting so will be no mean achievement, given the record of success established by previous Israeli governments during the last four-plus decades, particularly those led by Labor Party leaders — from Golda Meir to Yitzhak Rabin and Ehud Barak.

It is not for nothing that it has long been said that “the Likud will announce 10 settlements and build one while the Labor Party will announce one and build 10.” Leaders from the heart of the Labor Zionist movement — the same one that transformed 78% of Mandatory Palestine into a Jewish state — were the principal architects of Israel's post-1967 settlement policies in the occupied territories and employed all the instruments of  Israel's national power and authority to place the territorial future of the “liberated territories” beyond Palestinian reach.

Moshe Dayan, Shimon Peres, and Ariel Sharon epitomized the leadership of this national effort. They were unabashed supporters of Greater Israel. Recently released protocols of discussions held between US President Jimmy Carter and an Israeli delegation led by PM Menachem Begin in March 1979 recorded Sharon telling Carter, "I don’t see any possibility whatsoever to draw any geographical line which can divide [the] Jewish population and Arab population, because we live here together. Believe me, Mr. President, when I use this figure of one million, saying that in 20 to 30 years I hope that one million Jews will live there, Mr. President, I can assure you, they will live there. There’s nothing to do about it. They will live there, and if we said that we believe that in Jerusalem, what we call the Greater Jerusalem, it is a crucial problem for us, to have one million Jews, they will live there, and they will live in what we call the area of Gush Etzion, in Tekoa, in Ma’ale Adumim. They will live there. There is nothing [you can] do about it.”

Sharon took the reigns of settlement from Dayan and Yigal Allon, but like them he was not a settler himself. He did buy a flat in the Muslim Quarter of the Jerusalem's Old City during the 1990s, but this was a provocative act of public relations rather than an expression of his personal commitment to reside there, and in fact he was an intermittent visitor, never a resident.

Settlement policy has been made not by settlers, the young Israelis who flocked to less expensive, modern towns and villages being built across the Green Line, or even the ideological vanguard of the Bloc of the Faithful, the foot soldiers of Sharon and others who with undiminished enthusiasm were employed to claim every hilltop throughout the West Bank and so “create facts” everywhere.

Now that is about to change. The torch is being passed and the sons are about to inherit. “In terms of the Palestinian issue, this is the most right-wing government that Netanyahu could have assembled,” noted Eitan Haber, a longtime confiant of Rabin. “The settlers can and should be celebrating a major victory. They have always been left on the margin of real power in Israel, begging to be let in; now they are inside the key positions and are closer to the decision-making process than ever before.”

This government marks a historic transition. Whereas in the past settlement leaders were active and committed partisans of colonization, and even increasingly represented throughout Israel's government bureaucracy, they now are in charge of the levers of the government bureaucracy itself. Whereas before they influenced and petitioned, in the new government they control vital aspects of settlement expansion — budgets, plans, policies, and committees. While in the past, the settlement enterprise was able to claim more than its fair share of the national pie, in the new government their champions are in a position to cut the pie themselves.

Men like Uri Ariel, Dani Dannon, Bentzi Lieberman and others may share the national territorial and Zionist objectives of their predecessors. But the generation that the recent Netanyahu victory is empowering for the first time answers not only to the state but also to a higher god  – the one that promised the Land of Israel to the Jews. They too are doers. Danny Dannon is now deputy minister of security, in charge of settlement issues. “The new government will be a national government that will continue to protect the interests of the state,” he explained, including settlement in Judea and Samaria.” Nissan Slominaski, from Jewish Home and chairman of the powerful Knesset Finance Committee, is a former secretary of the Bloc of the Faithful (Gush Emmunim), and a former member of the Yesha Council. Many others have cut their professional teeth planning and building settlements in the West Bank, often for the messianic settlement movement Gush Emmunim.

Minister of Housing and Construction is Uri Ariel is the most visible the symbol of this transition. Ariel was a founding member of the settlement of Mishor Adumim  and lives today in the settlement of Kfar Adumim, east of Jerusalem. Ariel's entire public career has been in the service of settlement expansion associated with the Bloc of the Faithful, like Amama, the movement's construction arm, and the Yesha Council. Observers pay him the compliment of describing him as a “bulldozer” on settlements, the same tern applied in the past to Sharon. “He knows how things work. He knows all the right people and he has the ability to achieve a lot,” observed one colleague. His appointment was greeted with an unusual display of dismay by the UN envoy Robert Serry, who said, “If the meaning of {Ariel's} appointment is a wave of settlement construction, this will destroy the chance to reach a compromise and peace between the peoples.”

In a meeting with Netanyahu before the election, Netanyahu trumpeted his success in short-circuiting the Annapolis diplomatic process inaugurated by his predecessor Ehud Olmert. Settlement leaders complained that Netanyahu had yet to implement the findings of the Levy commission, which called for the transfer of settlement oversight and planning from state security institutions to settler and civilian agencies. As always, these local politicians demanded increased construction. They warned against the removal of settler squatters at Bet Ezra in Hebron and rejected the idea of a settlement freeze as a confidence building measure with Palestinians.

Such then is the settlers' agenda whose leading agents are today these self-same settlers, now elevated to leading official positions of power and authority. The transfer of power over settlement decisions to civilian ministries that settlers now control,  increased budgets for settlement expansion to ministries and agencies run by settlers, and continuing efforts to “redeem the Land” — one house and one dunam at a time. And of course the rejection of any diplomatic process that threatens these objectives.

That being said, it will not be easy for this new generation of leaders to improve much on the record of their predecessors, who succeeded  in settling more than one half million Israelis in the West Bank and East Jerusalem. Ariel has already acknowledged that there will not be a meaningful increase in the pace of construction in settlements. They may well discover that, even with the cat minding the cream, there is only so much cream to go around.