The recent clash between Israel and Palestinian groups suggests that the conclusions on deterrence drawn from Israel’s 2012 campaign in Gaza were flawed, writes Jean-Loup Samaan. 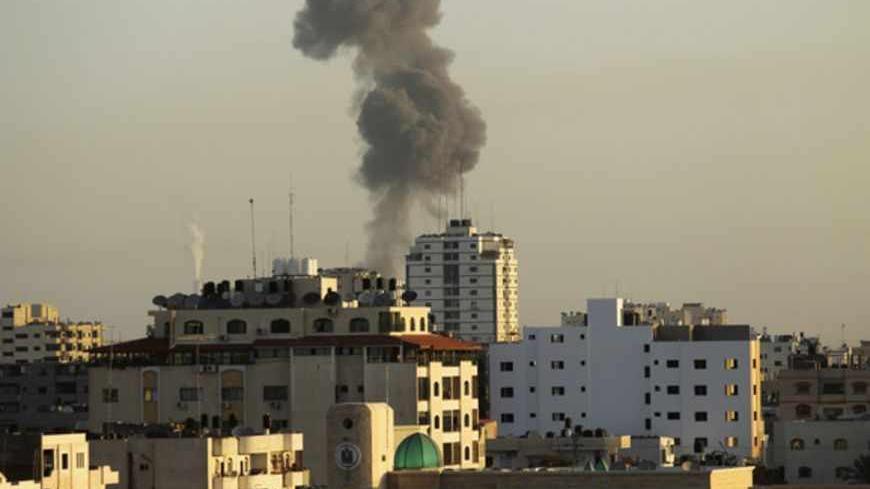 On April 2, the Israeli Air Force launched an air strike on the Gaza Strip in retaliation for the firing of three mortar shells into the western Negev. The Israeli fighters attacked two targets near Beit Lahia, in northern Gaza. In response to the IAF’s operations, two rockets were then launched by Palestinian militants into the southern town of Sderot. After this short round of violence, both sides appeared to opt for de-escalation.

This new clash occurred just two weeks after US President Obama’s visit to Israel and Palestine, which had already been marked by the firing of four rockets into Israel. Moreover, the Israeli military response of April 2 was the first strike since the declaration of a truce that ended the Operation Pillar of Defense last November. Although it is difficult to establish an explicit linkage, these skirmishes occurred in the midst of increasing tension in Palestinian territories over the death of Maysara Abu Hamdiyeh. A Palestinian prisoner sentenced to life in 2002 for attempted murder, Maysara died of cancer in Israeli jails, and Palestinian claims of medical negligence have triggered widespread protests in the West Bank and Gaza. But beyond these tensions, the last round of fire between the Israelis and the Palestinians underlines some important lessons that had been ignored, or downplayed, back in November in the aftermath of Pillar of Defense.

Contrary to the mainstream narrative inside Israel, the 2012 operation did not achieve any tangible goal. In early 2013, military officers and diplomats in Israel were keen on asserting that the operation had been successful in deterring rocket fire from Gaza and in preventing future aggression. Surely the 2012 Israeli operation was less ill-advised than the “Cast Lead” campaign of 2009, which fueled international controversy and cost Israel a three-year falling out with Turkey. But its political and military goals remain questionable. In the words of Israeli officials, it was a limited operation that did not aim at changing the balance of power in Gaza but merely at "restoring Israeli deterrence."

This leads us to an important lesson from last week’s clash: The concept of deterrence is barely relevant in the context of Israel-Gaza confrontation. Following Pillar of Defense, the expression "restoring Israel’s deterrence" was repeatedly used, but only a few observers asked what precisely was restored. When challenged on this topic, IDF’s officers argue that Israel’s conception of deterrence differs from the Western approach; that deterrence in the Israeli context is not a pure end but a cumulative process that includes sporadic clashes to re-establish the rules of the game. Under this intellectual framework, last week’s exchange of fire would serve to reinforce the fault lines. But the fact that Israelis do not disconnect deterrence from the use of force throws into question the very concept.

Deterrence by denial would require Israeli missile-defense systems, in particular Iron Dome, to be so effective that they would discourage Palestinian groups from attacking Israel’s territory. This theory was embraced after the successes of Iron Dome in intercepting about 90% of the rockets launched from Gaza during Pillar of Defense. However, the clashes of last week prove that Iron Dome barely dissuades Palestinian groups. Moreover, there is emerging dispute among weapons experts over the exact effectiveness of Iron Dome, with scientists suggesting that “Iron Dome destroyed no more than 40% of incoming warheads and perhaps far fewer.”

Deterrence by punishment is also uncertain, as it relies on threatening the potential offender with devastating retaliation. In the Israeli calculus, this obviously means Hamas, as the ruler of the Gaza Strip. Defense Minister Moshe Ya’alon made very clear on April 3 that the Israeli forces “hold Hamas responsible for everything fired from the Gaza Strip into Israel.” However, the political and military reality of Gaza is more complex.

The rocket fire of last week was not claimed by Hamas but by the Majlis Shura Al Mujahedeen, which also claimed responsibility for the firing of rockets during Obama’s visit in Israel. Over the last decade, jihadi groups like the Majlis and others (e.g., Jaysh al Umma or Tawhid Wa'al Jihad) have proliferated in Gaza. Estimates of their numbers and strength vary widely: the US Military Academy suggests there are 4,000 to 5,000 Salafi Jihadists in Gaza, while Israeli experts say up to 50,000. Furthermore, the relationship between these factions and Hamas’ military wing is difficult to evaluate as these groups often recruit dissidents of Hamas disappointed by the diplomatic pragmatism of its leadership. Ghazi Hamad, deputy foreign minister in the Hamas government, said in a recent Al-Monitor interview, "It is true that there are some people who want to disrupt the calm and cause problems."

This reflects the intricacy of the Israel-Gaza puzzle: The current calculus of the IDF is unlikely to bring about deterrence as Hamas is outflanked by extremist factions. If one adds the Iranian meddling in Gaza through its supply of missiles, the equation gets even murkier. Future clashes could push Hamas’ conservative wing to declare the 2012 cease-fire no longer relevant. This is why, eventually, diplomatic pragmatism is more likely to bring stability than "deterrence."

Jean-Loup Samaan is a researcher in the Middle East department of the NATO Defense College. His current research projects include the Israel-Hezbollah standoff since the 2006 war, the Syrian civil war and its impact on the region, as well as the evolution of the regional security system in the Gulf. Prior to that position, he was a policy advisor for the French Ministry of Defense and a visiting scholar for the RAND Corp.