Iraq’s anti-terrorism law has been criticized by Amnesty International and by many Iraqis, but the Iraqi government seems to be using the criticisms to promote a "tough on terrorism" image, writes Mushreq Abbas. 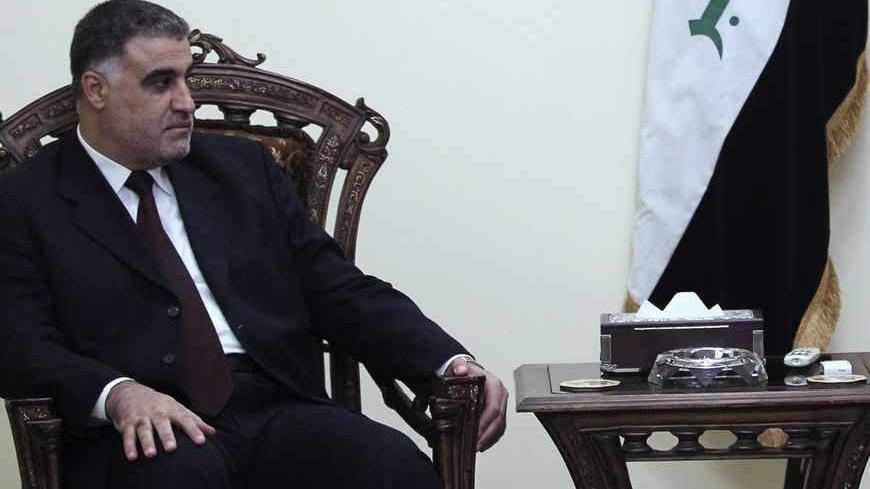 According to Iraqi Justice Minister Hassan al-Shammari, 1,400 Iraqis sentenced to death are awaiting execution. It's a large number, but the Iraqi government justifies it by pointing to the “magnitude of the violence in Iraq.” Opponents, on the other hand, decry “the haphazard application of the Iraqi Anti-Terrorism Law as well as the confusion, criticisms and doubts pervading the Iraqi judiciary.”

Shammari’s announcement of the number of people awaiting the gallows for being involved in violent acts happened on two occasions: first, in an Amnesty International report that ranked Iraq third in the number executions; second, as part of the intensifying demands by Sunni political and popular circles to suspend the death sentences.

It's noteworthy that among such a large number of convicts, only 50 received their final judgments and are set for execution. The rest seem to be awaiting presidential authorization in accordance with the law, and that will probably take no more than a few months.

Ironically, Amnesty International in its latest report disparaged Iraq for executing 120 convicts in 2012, but that number may see a big jump in 2013. In his recent comments, Shammari seemed keen to implement the death sentences in what was considered an electoral promotion for his party, Al-Fadila, which is allied with Prime Minister Nouri al-Maliki’s Islamic Dawa Party. It seems clear that the two parties are using criticisms against the death sentences to showcase the government’s seriousness in implementing the law.

Most Sunni political parties and blocs objected to the executions. The Sunnis have demonstrated and accused the government of “discrimination,” “selective application of the law,” “fabricating charges” and “sectarian targeting.” Such a large number of persons sentenced to death raises serious questions about the true number of those involved in violence and whether those sentences are effective in fighting terrorism in Iraq, which is rising dramatically, something that indicates that those actually doing the terrorism are outside prison.

The Iraqi Anti-Terrorism Law, which has been heavily criticized by many Iraqis, gives a death sentence to those covered by Article 4. That article covers not only those who carried out the terrorist act, but also those who planned, assisted or promoted it as well. The paragraph states, “The one who instigated, planned or financed, and all those who enabled the terrorists in carrying out the crimes mentioned in this law shall be punishable by death. The one who deliberately hides a terrorist shall be punishable by a life sentence.”

Although that seems logical considering the gravity of the terrorism problem in Iraq, the law is ambiguous and may be used for political or personal reasons.

The examples uncovered by the committee overseeing the detainee issue (the committee was set up in response to Sunni protesters and is chaired by Deputy Prime Minister Hussain al-Shahristani) reveal that there are major problems in applying the law. For example, it allows for the arrest of family members for not disclosing information, even though the family members may not necessarily be aware of their son’s involvement in terrorism. The law also provides for the death sentence of a merchant who was forced under threat to give money to terrorists who have seized control of entire cities and who still exert control through intimidation and extortion in cities such as Mosul and Saladin.

Some are demanding that the law be changed and be made more transparent to meet adequate justice standards in a troubled and complex country like Iraq. But Baghdad’s stated intention to execute 1,400 people is not a positive step to solve the country’s growing problems.

There is no proof that the death penalty is an effective deterrent: Crime rates did not drop in countries that adopted the death penalty and crime rates have not risen in countries that abolished it. Applying the Anti-Terrorism Law in Iraq should take into consideration what happened in Iraq after 2003 and the overlap that occurred between terrorists and armed militias that fought the occupation under the banner of resistance or fought to defend their sects.

Punishing criminals should not be a contentious issue in any country. When it is so, the death penalty should be reconsidered. And this is the case in Iraq, where many are suspicious of the judicial system. The UN reported that in the first half of 2012, the justice system relied on only confessions to convict and execute some people.

In the next few months, 1,400 people may be executed in Iraq. But in the long run, that may not improve the security situation.