Iranian presidential candidates are increasingly representing economic rather than political interests amid signs of the beginnings of coalition politics, writes Kourosh Avaei. 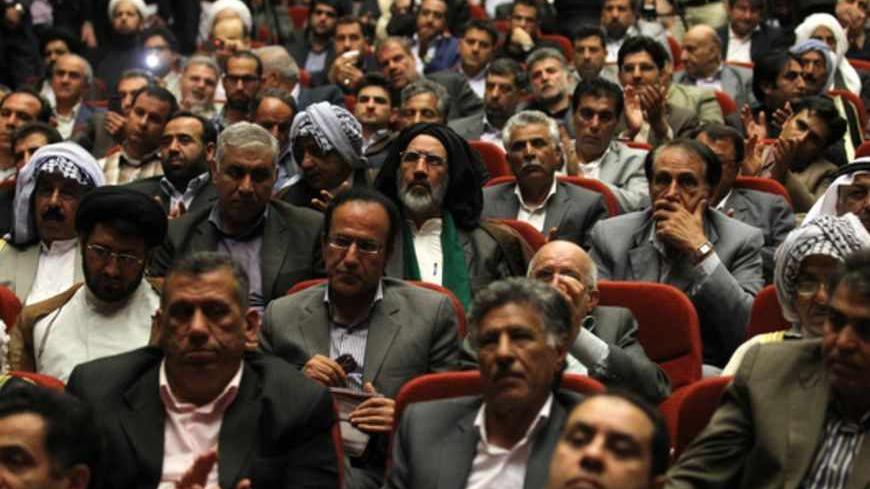 Iranians will go to the polls on June 14, 2013, to elect a new president. Two unprecedented phenomena catch the observer's eye in the months leading to the polls:

In mid-April, more than 30 serious candidates had already been directly or conditionally nominated. This is new, as in the past, very few serious contenders had emerged who could genuinely mobilize votes in Iranian elections. There are different explanations for this profusion. One can analyze it as Hassan Rouhani (himself a leading candidate) did in an interview when he said that since the election of Iranian President Mahmoud Ahmadinejad, "everyone thinks that he could also run and win elections. Therefore, we have many hopefuls.” — in other words, the success of Ahmadinejad in winning the 2005 election as a “no name” has lowered the entry bar in assuming the presidency.

However, the real explanation is to be found in the fact that Iran’s power has been fragmented during Ahmadinejad's two terms. This fragmentation happened for various reasons, but most importantly, Ahmadinejad paved the way for marginal networks to enter the center stage of Iranian politics as he tried to isolate or marginalize the networks of power that ruled Iran in previous decades. He succeeded in the first effort, but failed in the second (which is visible in the fact that former president Akbar Hashemi Rafsanjani is still a viable political force in Iran).

Consequently, the Islamic Republic has a fragmented power structure in which all existing networks fear being undermined or isolated by the competing networks and power centers. The result is attempts by all networks to nominate their own candidates and test their own abilities to mobilize support, as opposed to risking marginalization after the elections. Even, if they fail, their ability to mobilize support could in some cases make them immune to future attempts of marginalization.

However, the central question is how one can understand these different networks, almost all of which belong to conservative factions. The answer to this question lies in the second most significant phenomenon of the Ahmadinejad years: the inflationary growth of the country’s economy and the multiplying of vast economic interests. Not just privatization, but also the availability of huge oil-export revenues (oil-export revenues in the eight years of Ahmadinejad were higher than the accumulative revenues of the previous 24 years) as well as subsidy reforms have created unbelievable levels of corruption and vested interest in the Iranian economy.

In addition to economic interests emerging from state rent and government favoritism, external sanctions have hugely empowered black-market and smuggling networks. Consequently, it is valid to argue that the competing networks in Iranian elections are economic networks of interest, usually organized around regional or institutional interests — such as the networks around the Revolutionary Guard or the Basij militia. One clear indicator is the amount of money that is being spent on early election campaigns. Former minister of labor Hossein Kamali, himself an aspirant for the presidential post complained in an interview with Khabar Online about the financial capacity of the candidates and the fact that millions of US dollars are spent on such campaigns. He wisely asked: “Where does this money come from, and who will eventually pay for these costs?”

The fact is that Iranian presidential candidates are increasingly becoming the representatives of economic networks, as opposed to political currents. Though this phenomenon could help the gradual process of making Iranian politicians more pragmatic as opposed to ideological, it also can lead to greater levels of corruption and the emergence of a mafia-style oligarchy.

Nonetheless, at this stage, none of these networks can win an election alone. This is why Iran is witnessing the beginnings of coalition politics. Two active coalitions are already in place: the so-called 2+1 coalition, including former foreign minister Ali Akbar Velayati, Tehran Mayor Mohammad-Baquer Qalibaf and former Majles speaker Gholamali Haddad-Adel, as well as the 3+2 coalition, involving a number of conservative forces. Others may also emerge. The fact that competing networks have recognized the value in coalition building is good news for Iranian politics; however, it remains to be seen whether these coalitions will survive the tensions emerging from the bargaining processes to nominate one final candidate, and also in the composition of a future cabinet in the case of their victory.

The urge of key economic networks to control the executive branch of government is rooted in a number of issues. For one, the government controls an important source of revenue in the Iranian economy: oil and gas export revenues. Furthermore, the government’s privatization campaign will continue to be attractive to these interest groups as they attempt to acquire share blocs in lucrative Iranian companies. In addition, the government still remains the key institution in issuing new licenses for economic activity. The next government will also benefit from the next phases of Iran’s ambitious subsidy reforms, which will redirect blanket subsidies on fuel toward targeted cash handouts and grants to industry. The monetary value of the next two phases of subsidy reforms will be more than $50 billion, and though the government’s finances will not benefit directly, the economic interests that will emerge through these transactions will be enormous.

One final, crucial interest is the desire of these networks not to be marginalized on Iran’s political and economic scenes. Ahmadinejad’s cruel approach to all networks that did not belong to his circle of supporters has created a political culture that concerns key stakeholders in Iranian politics. This reality is also a reason the Ahmadinejad camp is fiercely resisting its own exclusion from power by insisting that the controversial Esfandiar Rahim Mashaei be allowed to run for president.

It is evident that the 2013 presidential elections will be one of the most competitive election campaigns in the history of the Islamic Republic. The emerging competition will be over control of large segments of Iran’s growing economy, but the greatest challenge of the next president will also be to overcome major economic issues in the country’s macroeconomic development. One can only hope that a genuine coalition government emerges, capable of managing the economy and ensuring that more effort is dedicated to the country’s political and economic development, as opposed to wasteful competition between interest groups.