Inside the Israeli Settlement Enterprise

The illegal outpost Adei Ad in the West Bank illustrates the methods used by settlers, backed by the state, to take over Palestinian lands, writes Akiva Eldar. 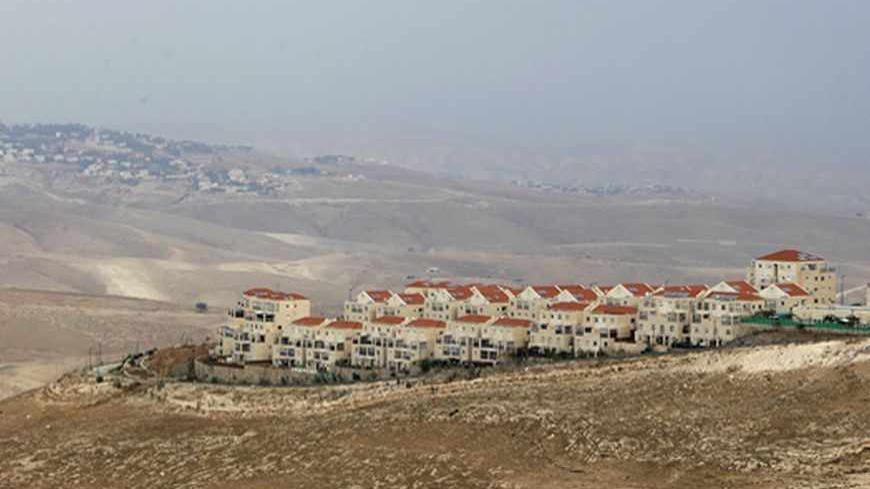 US Secretary of State John Kerry said during a hearing at the US House Committee on Foreign Affairs on April 17 that “the window for a two-state solution is shutting." One can assume Kerry’s warning did not bother the settlers of Adei Ad in Samaria, for whom “the window of opportunity” is at most a crack in the wall overlooking a Palestinian village.

The illegal outpost of Adei Ad is located on Hill No. 6 in southern Samaria. The following is an excerpt from the interim report presented by the former head of the Special Tasks Department in the State Prosecutor’s office, Talia Sasson, to then-Prime Minister Ariel Sharon, on the subject of “The Unauthorized Outposts in Judea, Samaria and Gaza”:

"Adei Ad, 799m high, Shvut Rahel, Hill 6/ Established: September 1998/ Nearest Settlement: Shiloh, estimated distance 3.5km [2.1 miles] as the crow flies; 2.3km [1.4 miles] from Shvut Rachel (itself an illegal settlement)/ Government or Defense Minister Authorization: None/ Land Rights: state property + private Palestinian lands/ Planning Status: None/ Jurisdiction: a small part of the outpost is in the jurisdiction of the Mateh Benjamin regional council; the outpost is not within the boundaries of any settlement/ Number of Residents: 20 families/ Type of Building: 34 temporary caravans; one caravan + a container serving as a goat pen; a wooden structure; sheds; 5 containers; foundations for a permanent structure; guard hut; wooden pergola; chicken coop/ Funding Agency: the Ministry of Construction and Hou sing paid NIS 1.3 million [$350,000] for infrastructure and NIS 150,000 [$41,000] for public buildings: in total NIS 1,450,000 [about $400,000] / Electricity Hookup: no request made/ Water Hookup: probably get water from Shvut Rahel."

Eight years have passed since the Sasson Report was submitted, and on April 18 the human rights organization “Yesh Din” issued an additional report, unusual in scope, which uses the inconsequential outpost of Adei Ad to illustrate how outposts have been used to take over Palestinian lands. Its 150 pages detail the system used by Israel to deepen control over the West Bank in recent decades, the destructive influence on rural Palestinian society, how the “rule of law” really works on the hills east of the Green Line and to what end.

The phenomenon of “unauthorized outposts” dates back to 1996 (until then there were only “settlements”), when the government decided that no new settlements would be built without its approval and the defense minister would have to sign off on various planning stages. So what did the settlers do? They started “grabbing” lands in the West Bank and erecting new settlement posts, without even informing the political echelons. So far, some 100 outposts have been established in this manner. On the face of it, these are the independent, private actions of ideologically motivated groups that have decided to rebel against the state. In fact, there’s nothing further from the truth. The Netanyahu government did not make any effort to conceal its support of the system. In the fall of 1998, the champion of settler rights in those days, then-foreign minister in the Netanyahu government Ariel Sharon, urged settlers to occupy every vacant hill because “anything we grab will be ours. What you don’t grab won’t be ours.” This rallying cry is headlined in the chapter on the outpost of Adei Ad, established in those days, described on the web site of “Amana,” the settlement movement.

As previously mentioned, the new Yesh Din report focuses on Adei Ad, one of five outposts which make up a group dubbed “Shiloh and its daughters.” These are spread out over some 14,500 dunams [36,000 acres], most of them private lands of Palestinians from the village of Jaloud. Like other outposts, here, too, the choice of location was intentional. One of the outpost’s pioneers, Boaz Mellet, told Haim Yavin in the 2005 television documentary series “Land of the Settlers” how it really works: “Senior military commanders told us: ‘You should know, this is a strategic position of great significance, we want a continuum of Jewish settlements to span Samaria from west to east’ … This gave us a real boost. ‘Guys, it’s very important to do this. Officially we can’t say that we’re doing this, so you do it and we’ll help.'” As Mellet testifies further, the commanders’ insistence had full backing. “Government officials, of course I don’t want to say who they are, came and said: ‘Guys, you set up on the ground and we’ll take care of you, we’ll supply a generator, the electricity, the roads. The minute we came up here, the authorities paved an asphalt road. Asphalt costs hundreds of thousands, right? We weren’t the ones who paid. I didn’t have that kind of money in my pocket, that’s for sure. It’s the state that paved the road, but it did so on days that the civil administration inspectors wouldn’t see' (p. 31 of the report).”

Without government backing, it’s highly doubtful whether the pioneering rebel sons would have managed to carry out their plot. The World Zionist Organization’s Settlement Division, which acts as the government’s settlement arm, supplied the lands, funded the construction of the infrastructure and public buildings, the acquisition of five caravans for the initial settlers and the supply of water and electricity. The army, as usual, supplies protection and indirectly helps take over more and more lands.

The Adei Ad settlers’ appetite for real estate was not satisfied even after the outpost’s area grew nearly threefold. They therefore started taking bites out of the lands of Palestinians from four nearby villages — Jaloud, Karyot, Turmusiya and al-Mugher — who have been living off their lands for many generations. To be exact, one should say “had been living”; Yesh Din has documented more than 100 incidents of a criminal nature designed to persuade Palestinian farmers to stop cultivating their lands and to get used to their loss. The residents should have received protection from Israeli law enforcement authorities, that is, from the military forces stationed in the area and the Israeli police of Judea and Samaria. So what.

The facts are unmistakable: Yesh Din monitored 58 complaints, only three of which resulted in indictments. Forty-six complaints were dismissed and the perpetrators were never brought to justice. In 92% of the cases this was due to police failure to find the criminal or to obtain sufficient evidence (p. 73). That was the case with the investigation into the severe attack on members of the Hamza family, who came to till their lands in April 2001 after coordinating with the army and receiving permission.

Israeli citizens, some of them masked, started beating them with bats and stones, and used tear gas. Rabhi Hazma was beaten all over his body with an iron club by a masked figure, and had to have his head stitched. The attack went on for a long time before the soldiers finally decided to intervene and started firing into the air until the attackers fled. One of the assailants was photographed during the attack by a Palestinian farmer. Rabhi Hazma identified one of his assailants to police from photos taken by the farmer at the scene. Nonetheless, the complaint was dismissed due to “lack of sufficient evidence.”

The result is one and the same: the Palestinian residents of villages located in Area B (civilian Palestinian control, Israeli military control) are forced to stop cultivating their lands, some of which are also in Area C, which encompasses 60% of the West Bank and is under full Israeli control. The abandoned lands pass into the hands of the settlers, who will eventually be able to claim that they are no longer private lands because they were “abandoned.” Many Palestinians, mostly young people, are leaving their villages for nearby towns or wandering off to other countries. Thus, due to the outposts and their champions, lands that have served Palestinians for centuries are becoming fertile ground for the plan put forth by the new minister of Trade and Industry, Naftali Bennett, to annex Area C to Israel since, in any case, it is virtually devoid of Palestinians. And thus, the process of dispossession comes full circle.