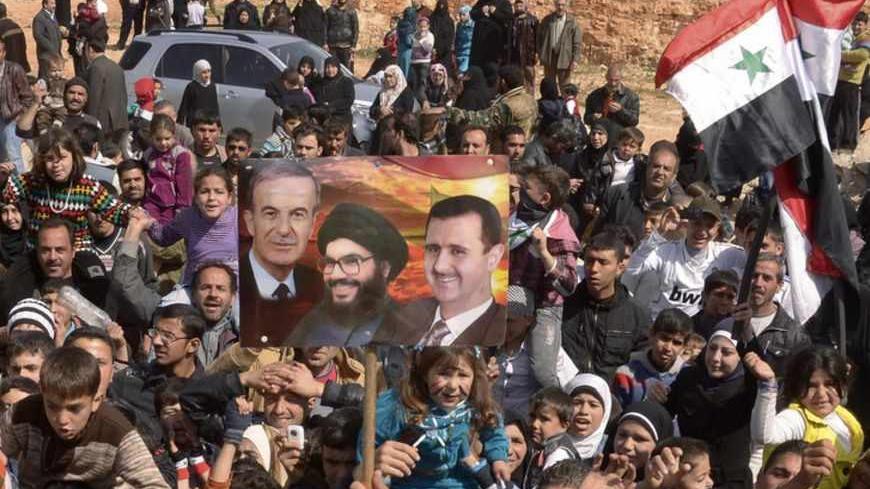 Recently, opinions and analyses have abounded about a radical and pivotal change that has occurred in Washington’s Middle East policy, and about an American vise that has tightened to the point of choking the life out of the Iranian-Syrian-Hezbollah axis.

These opinions frequently cite three events that coincided with US President Barack Obama’s visit to Israel: The settlement between PKK head Abdullah Ocalan and Turkish Prime Minister Recep Tayyip Erdogan, Israel’s apology to Turkey [regarding the 2010 flotilla raid], and the resignation of Lebanese Prime Minister Najib Mikati. But the opinion of Lebanese political sources with close ties to Hezbollah says otherwise, permitting them to formulate different conclusions that continue to affirm that the American president merely came to Israel for “sightseeing!”

First and foremost, these sources believe that Hezbollah was not surprised by the events that took place in the last few days: for information about intensifying the siege on its ally in Damascus, and therefore on itself in Beirut, had reached Hezbollah directly; for, more than ten days ago, a European ambassador held a long meeting with the strongest Shiite organization in the region, and frankly talked to its officials about the EU’s inclination to increase pressure on Lebanon and its government — and by extension on Hezbollah itself — unless the government began implementing certain measures. First among these measures requires Hezbollah to distance itself from the Syrian crisis, and second, to conduct parliamentary elections on time, even if that means under the current electoral law, to which the clear majority of Lebanese object.

Hezbollah received the same message a few hours later, in an official manner as well, through a senior official, according to sources close to the party. Furthermore, the same warning was conveyed to the president of the republic by the Secretary-General of the Gulf Cooperation Council on March 5, when he delivered a message to the following effect: “Inform Hezbollah that it has two options: Stop interfering in Syria or we will force it out of the cabinet.” All the signs of the looming crisis were apparent and therefore previously known. There were no surprises, just mere calculations, according to the source.

Knowledgeable sources believe that Hezbollah did not see any dangerous or serious indications in the ensuing facts, which can be categorized as follows:

First, the Israeli apology to Turkey was a formality that brought nothing new to the table. If it were meant to improve the non-political aspects of Tel Aviv’s relationship with Ankara, then it was unnecessary. For throughout the period that followed the Mavi Marmara incident, when Israeli troops attacked and boarded the ship carrying Turkish and Palestinian activists in May 2010, trade between the two countries continued to grow; as did their mutual tourist industries. And if the purpose of using Obama’s telephone to conduct the conversation between Netanyahu and Erdogan was to unify the political strategies of both their countries, then the step was incomplete and limited in its effect, perhaps even useless. The differences between Turkey and Israel’s agendas — economically, geo-politically and religiously — are far too great to be overcome by mere formalities.

Second, and according to the same sources, the settlement reached between the Kurdistan Workers’ Party (PKK) and the Justice and Development Party was nothing but a new phase in the conflict. The core issue of the problem between the Turkish state and the revolutionary Kurds is one of existence and not boundaries. It therefore verges on being a matter of life and death, where compromises and a final solutions cannot be reached.

The same is true for the Palestinian-Israeli conflict from the viewpoint of radical Palestinian factions, whose opinions Hezbollah shares. Therefore, Ocalan’s announcement that Kurdish militants would be withdrawn from Turkey is similar to Yasser Arafat’s appearance before the UN in 1974, when he gave his famous speech about coming bearing an olive branch in one hand, and a gun in the other. In other words, the steps taken verge on being somewhat infantile on a long road towards changing the conflict’s goals, but not towards reaching solutions or peace.

Ocalan and Erdogan’s step was the first in what could eventually become, in two decades’ time, a “Turkish-Kurdish Oslo Accord”, if one were to temporally compare it to the Palestinian model, where the New York speech was given in 1974 and the Oslo Accord signed in 1993. This means that in 20 years, we might find ourselves at a crossroads: either failure, as occurred with Arafat himself, or a new Kurdish leadership emerging — more radical than Ocalan — that would sweep the rug of the Kurdish revolution from underneath the feet of the PKK. This was the case between Hamas, Fatah, and the Palestine Liberation Organization, in response to the “concessions” made in Oslo.

Our sources therefore conclude that any talk about serious repercussions resulting from the emerging Kurdish position is highly exaggerated, or is proof of [a prevailing] ignorance about the basic facts that govern the region’s conflicts and the factions involved.

Third comes the situation in Syria. For despite talk about Washington tightening the noose around Syrian President Bashar al-Assad’s neck — from Turkey to Iraq, Jordan, Israel and Lebanon — the same sources believe that America’s goal in Damascus right now is limited to maintaining the status-quo there, without any radical changes occurring. This translates essentially to a war of attrition and destruction with no winners. This situation would cause Syria to lose all of the regional interests accumulated during the Assad family’s reign, without being transformed into a jihadist regime on Israel’s borders.

It is a formula by which Assad will not fall, nor rule; by which Jabhat al-Nusra will neither win, nor be vanquished, at least until several other factors become clear. This includes what will happen in Tehran, which is slated to hold presidential elections next June, and the results of the Almaty talks about Iran’s nuclear program. All of these factors will have great effect on the “Sunni-Shiite balance”, which appears to be in grave need of containing the succession of major explosive crises, extending from Afghanistan all the way to Gaza.

Fourth: There are clear indications that a new international balance of power is at play in the current conflict. For it is not by coincidence that a high-ranking Hezbollah delegation made a first ever historical visit to Moscow, just a few months after the Syrian war erupted. And only a few hours after Prime Minister Mikati’s resignation, which was viewed as a final warning to Hezbollah, another such delegation arrived in Beijing.

Are these considerations reassurance enough, or are they plagued with inaccuracies? This is a typical question asked by two warring belligerents, fighting passionately, each of them believing that their side will come out victorious only to find out later on, that at least one of them had been fatally wrong.