Tripoli: A Powder Keg of Fundamentalism

The northern Lebanese city of Tripoli has been severely affected by the conflict in neighboring Syria, with heightened sectarian tensions threatening an outbreak of civil war, writes Jean Aziz. 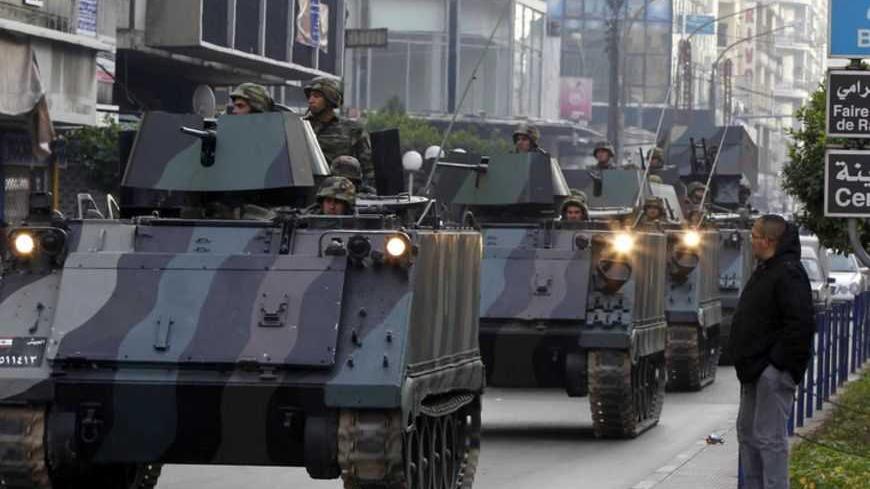 For the fires of the Lebanese civil war to be kindled, there need to be certain religious, historical, economic and social conditions present, and all of them can be found in abundance in the city of Tripoli.

The Land of the Cedars’ second-largest city by population after Beirut and the capital of North Lebanon, Tripoli seems to personify its namesake, which in Greek means “three-cities,” for the Tripoli of today is divided three sections: the narrow Alawite quarter, the sprawling Sunni quarter, and the demarcation line, which just four years ago would transform into a war zone every day after sunset.

In essence, Tripoli is a highly accurate microcosm for the Syrian civil war: an Alawite minority against a Sunni majority in a war fraught with blood feuds and religious fundamentalism that stretch back decades if not centuries. What’s more, the street dividing the Alawite and Sunni quarters just happens to be named Syria Street, highly reminiscent of how the Green-Line that divided the Muslim and Christian sections of Beirut during the 15-year Lebanese civil war ran along Damascus Road: Semantic coincidences that seem to have a necessary cognitive function where memory fades.

Tripoli is the only city in Lebanon, perhaps in the entire region, which still celebrates the anniversary of the coming of the Mamluks and their hard-line version of Sunni Islam, and the subsequent expulsion of the Crusaders at the beginning of the 13th century. It is a city which has hosted every proselytizing Sufi and Salafist movement known to the Near East, including those which later moved on to Turkey and North Africa. It is also a city stricken with much misery and suffering, with about two-thirds of its population living below the poverty line, according to official polls.

It boasts a highly combustible combination: poverty, religious fundamentalism, government neglect, and a vivid memory of invasions and wars based on absolutist religious principles. The Syrian war, which creeps closer with every passing day, is all that is needed to spark this highly volatile cocktail.

Tripoli lived through much the same experience during the last Syrian war that began with the Muslim Brotherhood uprising in 1979 and continued into the mid-1980s. During that war, Sunni fundamentalists, be they native born or from the Syrian cities of Homs and Hama, scrapped in Tripoli’s streets. By 1983, the Brotherhood-led uprising in Syria was nearly defeated, spurring the Sunni fundamentalists of Tripoli to declare the establishment of Islamic emirates in every street and neighborhood.

These emirates relied on Palestinian support in confronting former Syrian President Hafez al-Assad’s regime, which at that time had stationed its army across most of Lebanon. But after Assad conquered Homs and Hama and Yasser Arafat’s resistance forces in Beirut were broken by the Israeli invasion in June 1982, Assad was free to deal with Tripoli as he pleased. His forces entered the city and won a decisive battle against the Sunni fundamentalists. The memory of the bloody confrontations and public executions that unfolded therein still haunts the city today.

With all of these factors in place, two years ago Tripoli became a powder keg permanently primed for explosion. This precariousness helps explain the erratic events that have transpired recently in the city, which sometimes seems as if it no longer falls under the authority of the Lebanese state, or the authority of any state or any authority, for that matter. For now. it will suffice to log a few occurrences:

On Feb. 10, 2012, a huge explosion rocked Tripoli, which was known to have happened in a warehouse that was storing ammunition and weapons set to be shipped abroad or used domestically. One man was killed and three were injured, and no further details about the warehouse were revealed: Who owned it? Where did this heavy ordnance come from and where was it going?

On April 27, 2012, the Lebanese army announced that it, in coordination with the United Nations forces based in southern Lebanon, had intercepted a large shipment of ordnance on board a ship bound for the port of Tripoli. The ship bearing the name “Lutfullah II” was laden with three containers of light and medium weapons and large quantities of ammunition. Despite 11 months passing since the incident, Lebanese authorities have yet to officially announce any details regarding the shipment.

On May 13, 2012, the Lebanese General Security Service announced that it had received information from Western intelligence agencies about the presence of persons suspected of involvement in terrorist activities linked with al-Qaeda. They decided to arrest one of them in Tripoli, named Shadi Mawlawi. The arrest led to clashes, leaving three dead and 19 wounded. On May 22, Mawlawi was released — under pressure from former Lebanese Prime Minister Najib Mikati — originally from Tripoli, pending the outcome of the judicial investigation.

Meanwhile, the Saudi ambassador in Beirut delivered a message from the Saudi King to the Lebanese president that said that the KSA had “deep concerns over the developments in Tripoli, and particularly in terms of the targeting of one major communities that make up the Lebanese social fabric,” and by this he meant the Sunni sect. However, on March 15, 2013, the judiciary issued an indictment against Mawlawi calling for his re-arrest. The suspect, however, announced by way of the media that he was not subject to the authority of the Lebanese judiciary. Formal procedures came to a halt at this point.

On Jan. 18, 2013, armed Sunni fundamentalists tried to assassinate Faisal Karami, the minister of youth and sports, who is originally from Tripoli. They opened fire on his car on a city street and then pursued his vehicle in a car chase through Tripoli’s streets at action-movie speeds. One of the assailants was wounded in the exchange of fire and was subsequently arrested. But on Feb. 24, Sunni fundamentalist insurgents stormed the hospital where their companion was detained and freed him. However he was handed over again through mediation efforts of Salafist elders, on the condition that none of the perpetrators of the attack, who were recorded by hospital cameras, would be prosecuted.

Whereas these unusual events happened in succession, the clashes on the Alawite-Sunni demarcation line have been halting. Including the events of the past two days, it has witnessed 15 rounds of violent clashes over the past four years. According to official security reports, these clashes have claimed 123 lives and injured about 920 on both sides of the sectarian conflict. In addition, more than 20 people have died and about 150 people have been injured in isolated, individual conflicts: a natural consequence of the chaotic state of security in the city.

The developments of the past few days have added new escalating factors to the tension in Tripoli, with the city seemingly holding its breath as if on the verge of a powerful explosion. Some of these factors are associated with the Syrian civil war and the deterioration of the situation in the regions bordering Syria. Others are tied to foreign powers arming the Syrian opposition, with many fearing that these weapons will pass into Lebanon, not unlike the impounded Lutfullah II or demolished weapons storehouse. What’s more, some dread the use and proliferation of chemical weapons, especially after the rumors surfaced that these weapons had been used in Aleppo a few days ago. This will be the next topic that we will explore.

There is one last escalating factor: the purgings within Tripoli. On the afternoon of Monday, March 18, one of the most prominent Salafist sheiks in Tripoli, Sheik Salem al-Rafii, announced to a crowd of his supporters that, “Helping the revolution in Syria achieve victory is jihad and an obligation dictated by Sharia law.” He called on them to “make preparations because the great battle is nigh. It is the battle of truth against falsehood, to raise the banner of Islam.”

Speaking to the non-Sunnis and the non-fundamentalist Sunnis of Tripoli, Rafii said, “I tell you there are enemies more dangerous than Amal and Hezbollah (both Shiite groups). They are our compatriots who sit with us and eat with us. They are the Sunnis who conspire against us and against the country and prepare themselves to fight us. These are our enemies. Those who empowered the Amal movement and Hezbollah in Sunni lands.” He then closed his speech, declaring, “If the battle does start, we will not start it, Jebel Mohsen (an Alawite district) against Hezbollah or Amal, but we will begin with those who betray Allah and his messenger, those who purport to be Sunni sheiks.” Hours after his speech, tension, sniping and clashes returned to the moonlit streets of Tripoli. Each night that passes is considered a great success, because it means one more night has passed without descending into war.

by Haitham EL-TABEI with AFP correspondents in the Middle East | AFP | May 17, 2022
END_OF_DOCUMENT_TOKEN_TO_BE_REPLACED