The competition between the Saudi and Iranian axes in Lebanon is high as the alleged Saudi “openness” toward Hezbollah proved to be less than it appeared, writes Jean Aziz. 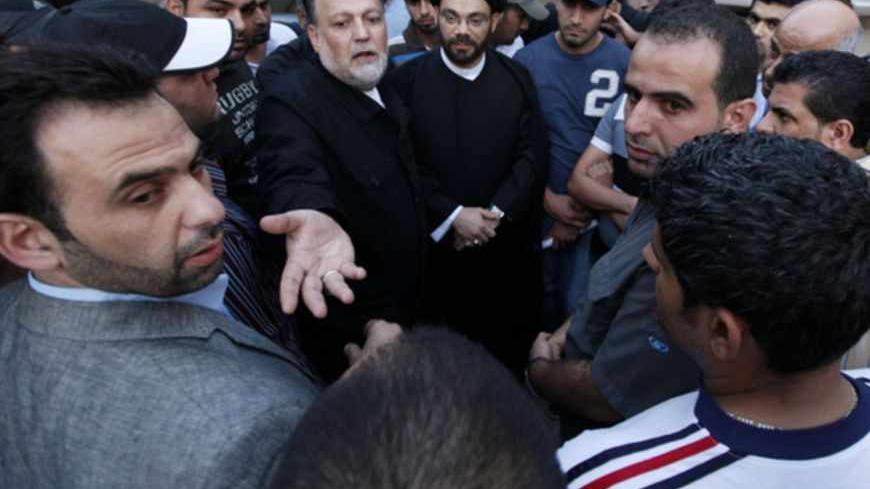 Three weeks of Lebanese developments were enough to remove the impression that a breakthrough in the relationship between Saudi Arabia and Iran was near, at least in Lebanon. The impression was formed on April 6, when the Lebanese parliament designated, with near-consensus, Beirut deputy Tammam Salam to form the next cabinet.

At first, there were several signs that a breakthrough between Saudi Arabia and Iran was near. The Saudi ambassador in Beirut, Ali Awad Asiri, clearly showed openness toward Hezbollah. So much so that some said Saudi Arabia had started direct contacts with the most powerful Shiite organization in Lebanon by means of a Lebanese security official who is trusted by Hezbollah Secretary-General Hassan Nasrallah himself. There was even talk that Nasrallah’s deputy, Sheikh Naim Qassem, would be visiting Saudi Arabia at the head of a Hezbollah delegation with the mission to discuss bilateral relations between Beirut’s southern suburbs and Riyadh. Also on the delegation’s agenda would be the issue of forming a new government and agreeing on a new law for the parliamentary elections, to ensure the elections happen before the end of the current Parliament’s mandate on June 20 and to prevent Lebanon from entering into the unknown.

However, this optimistic impression quickly vanished and it became clear that the brinkmanship between the Saudi and Iranian axes is still the order of the day until further notice.

It seems that both sides are conducting a deception campaign to improve their positions and capabilities in preparation for a surprise attack on the other side.

Under the guise of openness toward Hezbollah in Beirut, the Saudi axis is locked in a regional battle to tighten the siege on the Syrian regime and topple President Bashar al-Assad. As the Saudis were preparing to attack Damascus, they felt it prudent not to open more than one front at a time. So they made a truce with Hezbollah and showed goodwill toward the party, while the Arab-Western-Turkish noose was tightening around Assad’s neck.

On the other hand, Hezbollah and Iran were not fooled by the Saudi maneuver. A few days after the Saudis started testing the other side’s reactions, Saudi Arabia initiated its attack: Riyadh’s Lebanese allies hardened their positions on forming a new government and the electoral law, which alerted the Hezbollah axis about the maneuver and made that axis alter its tactics. So Hezbollah counterattacked on almost all fronts.

It seemed that Saudi Arabia was betting on advantageous military developments in Syria when those developments happened in the favor of the Iranian side. A factor on the ground turned things around: Within two weeks, pro-regime forces made advances in all regions around Damascus and in the Homs countryside. This development placed the 370-kilometer [230-mile] Lebanese-Syrian border under the control of the Syrian regime and its Lebanese allies. This trapped and isolated a significant portion of the Sunnis — who have traditionally been backed by Saudi Arabia and whose numbers in Akkar and Tripoli are about half a million people — between the Syrian army and its Lebanese allies.

But the counterattack on Saudi Arabia in Lebanon has other manifestations: The talked-about Hezbollah visit to Riyadh never happened and Nasrallah was reported to have visited Tehran in recent days. Despite the many analyses on the visit’s objectives and timing, Hezbollah was noticeably silent on the matter. The party neither confirmed nor denied it. However, pictures of Nasrallah meeting with Iranian Supreme Leader Ali Khamenei were published on social networking sites. Circles close to Hezbollah said that the picture was from the archives, but the picture is clearly not very old.

Another manifestation of the counterattack was Israel’s announcement that it shot down, over the sea near Haifa, a drone that came from Lebanon. But unlike similar incidents, such as when Israel shot down the Ayyoub drone on Oct. 9, 2012, Hezbollah was quick to deny that it had anything to do with the matter. Some interpreted the denial as due to the failure of “Ayyoub 2” to enter deep into Israel. But the drone may have been simply intended to fly over the Israeli gas fields in the Mediterranean. In that case, the drone has successfully sent Israel the message, and that also explains Hezbollah’s denial.

For the past two days, circles close to the party dealt with the matter in a vague way by wondering: What if it the whole matter was merely some children in southern Lebanon playing with a remote-controlled plane and the Israelis suspected that Hezbollah was waging war on them?

Some in Beirut believe that the Iranian counterattack against the Saudi Arabian progress, which was marked by the resignation of former Lebanese Prime Minister Najib Mikati, has gone beyond the Lebanese arena to reach Bahrain and even Iraq: There has been talk that weapons caches for the Bahraini opposition were discovered in Manama; and the troops of Iraqi Prime Minister Nouri al-Maliki entered Hawija and are threatening to do the same in Anbar.

All that once again confirms that any settlement among the Lebanese needs an international umbrella, which at a minimum would be an understanding between Washington and Tehran. But such an understanding may be impossible before several events occur, from the Iranian presidential elections next June to the results of the Almaty [nuclear] talks — if they resume.

In the meantime, the Lebanese situation is awaiting either the prolongation of the crisis by extending Parliament’s mandate and delaying the formation of a new government, or the explosion of the situation!

Most Lebanese and external parties prefer the first choice.